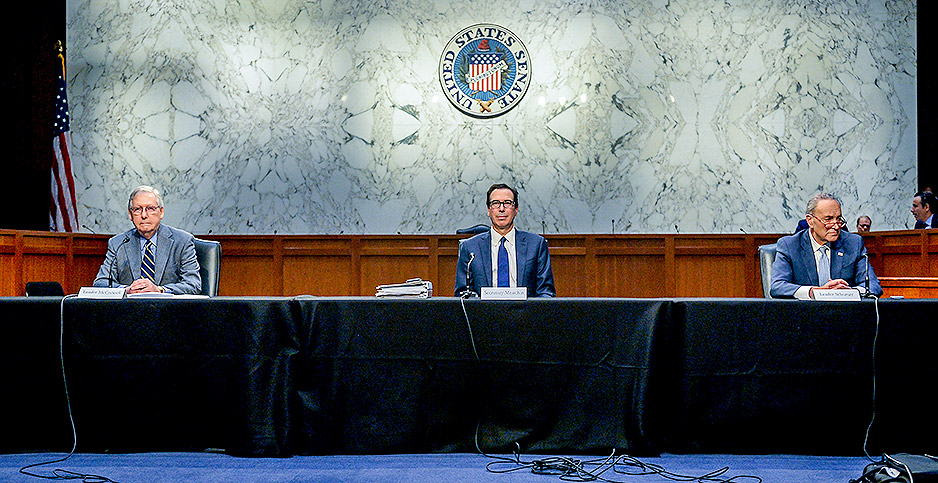 "The American people expect us to act tomorrow, and I want everybody to fully understand if we aren’t able to act tomorrow, it will be because of our colleagues on the other side of the aisle continuing to dicker when the country expects us to come together and address this problem," he added.

Responding to reports McConnell was blaming the speaker for interjecting herself into the Senate talks, Pelosi’s deputy chief of staff, Drew Hammill, tweeted, "Rule of thumb from the Speaker of the House: don’t call the vote until you have the votes. Now is not the time for partisan show votes."

"We’re going to vote at 9:45 in the morning, 15 minutes after the markets open, and see whether there’s a change of heart," McConnell said.

But Schumer objected to McConnell’s plans. The Senate is now scheduled to be back in session at noon.

Yesterday’s animosity highlights the toll that the coronavirus has taken on Capitol Hill. Sen. Rand Paul (R-Ky.) announced yesterday that he had tested positive for COVID-19, which then prompted Utah GOP Sens. Mike Lee and Mitt Romney to self-quarantine themselves after having contact with Paul. At least two House members have also turned up positive (see related story).

The failed cloture vote came one day after members from both parties and top administration officials had indicated that they were closing in on an agreement that would have expanded on McConnell’s initial draft unveiled last week (E&E Daily, March 20).

In a statement, Sen. Ron Wyden (D-Ore.) called the aid for distressed sectors "a no-strings attached corporate slush fund that could bail out Donald Trump’s friends and Donald Trump’s company."