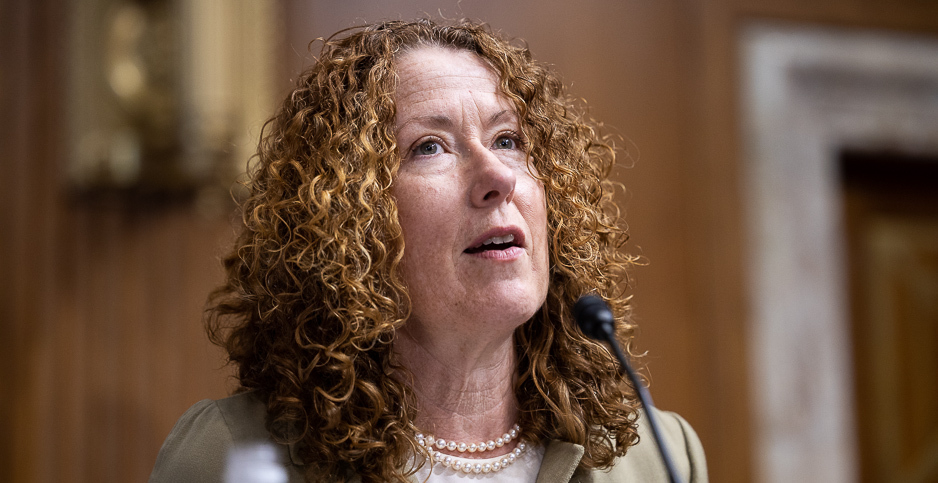 Tracy Stone-Manning deftly sidestepped some hard-hitting questions from Republicans during her Senate confirmation hearing today but did not appear to sway critics opposed to her nomination for director of the Bureau of Land Management.

Stone-Manning assured lawmakers that if confirmed she will uphold BLM’s congressionally mandated multiple-use mandate and work with all stakeholders on oil and gas development, BLM’s controversial headquarters move to Colorado and other uses of public lands.

"I think my career has shown the only way to get things done in the country, and specifically in the West, is to work together," she said, emphasizing this point throughout the more than two-hour hearing.

Stone-Manning, the current senior adviser for conservation policy at the National Wildlife Federation, also deflected past comments that some Republicans deemed inflammatory, including criticisms of Trump-era policies advancing oil and gas drilling, and her tenure on the board of directors of the nonprofit group Montana Conservation Voters.

"If I have the honor to be confirmed, I understand that being the director of the BLM is a very different job than the work that I have done at the National Wildlife Federation," she said.

But that did not stop Republicans on the Energy and Natural Resources Committee from sharply criticizing her past comments, particularly those opposing Trump-era oil and gas development and energy policies.

"You’ve been incredibly partisan in your past, including working actively against the candidacy of Sen. Daines," Cassidy said. "Theoretically, you’re going to work with Republicans in your office. Can you speak from your heart? Because it seems like in your heart, you really don’t particularly care for Republicans. And I’m frankly wondering, you know, my gosh, should I vote for somebody" who does not appear to like Republicans?

Stone-Manning, who until joining NWF in 2017 served as Bullock’s chief of staff, responded that elections can be difficult. "I was supporting my former boss, Gov. Bullock."

But she added, "the election is over, and I will honor the outcome of that election."

Daines questioned whether Stone-Manning could really separate herself from her past involvement with conservation and political advocacy groups.

So did Sen. John Barrasso of Wyoming, the committee’s ranking Republican, who said the position of BLM director is too important to be left to what he considers Stone-Manning to be — an advocate.

"The director of Bureau of Land Management has a tremendous amount of power. In this role, Ms. Stone-Manning will have authority over lands and minerals in every state, including my home state of Wyoming," Barrasso said in his opening statement.

"The Bureau of Land Management needs a director who believes in, and is committed to, upholding the agency’s multiple-use mandate. Based on her record, I am concerned that Ms. Stone-Manning does not fill the bill," he added.

"Her career has been defined by her support for policies that restrict multiple-use activities on public land. On Twitter and in other public forums, she has expressed views that threaten the livelihoods of energy producers, of ranchers, of farmers, of loggers and others with a stake in the responsible use of our natural resources. She opposes an American energy dominance agenda. She supports prohibiting oil and gas development on federal land and waters. She believes it was wrong to relocate the Bureau of Land Management’s headquarters from Washington, D.C., to Grand Junction, Colo., so it would be closer to the resources the agency manages and the people it serves," he said. "Perhaps most troubling is Ms. Stone-Manning’s unvarnished political partisanship."

But Sen. Jon Tester (D-Mont.), in introducing Stone-Manning at the hearing, took issue with Barrasso’s characterization, saying Barrasso’s criticisms "do not describe the person" he knows.

Before joining Bullock’s staff, Stone-Manning served as a senior adviser to Tester and later as director of the Montana Department of Environmental Quality in the Bullock administration.

New Mexico Sen. Martin Heinrich (D) echoed Tester. And he urged the Senate to quickly confirm Stone-Manning, saying that she’s well qualified and that it’s time BLM had a confirmed director — for the first time since Neil Kornze left the post in 2017.

"The Bureau of Land Management has been without a confirmed director, for good reason in some cases, for almost 4 ½ years," Heinrich said. "That should not continue one day longer."