Stone-Manning sworn in as BLM director 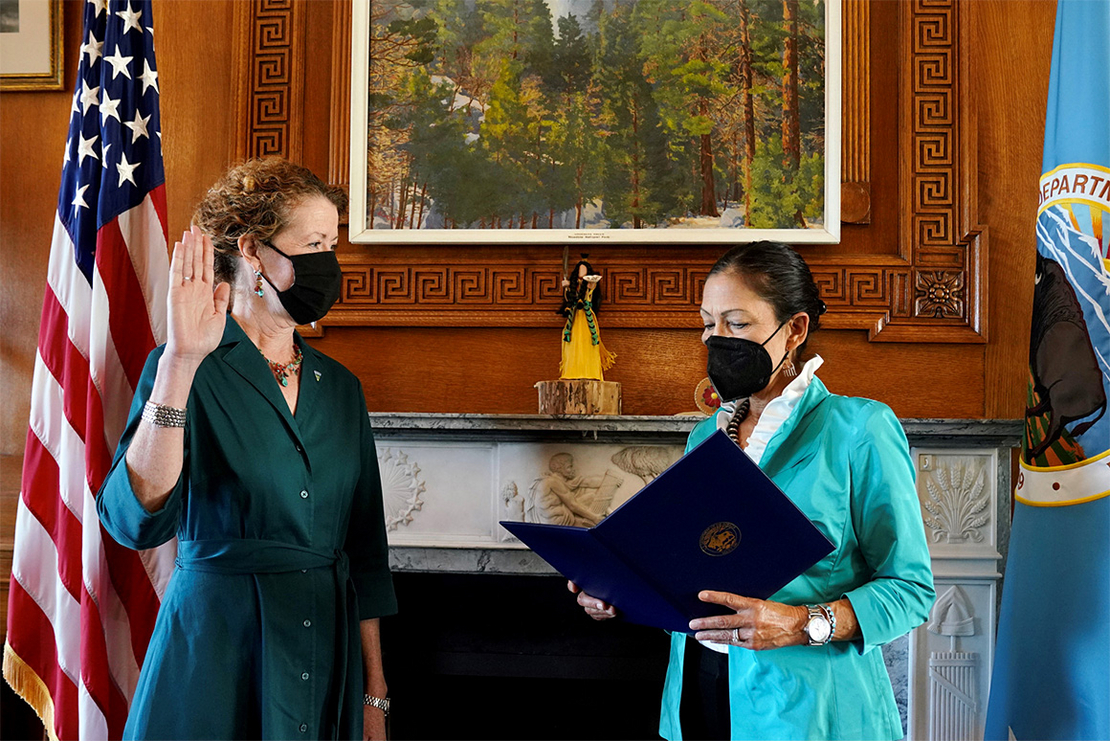 Tracy Stone-Manning was ceremonially sworn in today as the first Senate-confirmed director of the Bureau of Land Management in nearly five years.

"Tracy brings a wealth of knowledge in conservation and environmental policy to these efforts and a history of working with diverse communities in service to our public lands," Haaland said in a statement. "I look forward to working with her to strengthen the bureau and advance Interior’s mission."

Stone-Manning, whom a deeply divided Senate confirmed as BLM director along party lines last month, has already been in place at BLM for several weeks.

She was officially sworn in as BLM director as of Oct. 12, according to a federal court filing by the Justice Department that added Stone-Manning as a defendant in Interior’s ongoing appeal of a court ruling last year that William Perry Pendley had illegally performed the duties of bureau director during the Trump administration.

Stone-Manning has already introduced herself as director to employees, telling them last week in an online staff meeting that she’s committed to rebuilding the agency after the Trump-era’s tumultuous move of BLM’s headquarters to Grand Junction, Colo. (E&E News PM, Oct. 19).

The headquarters move out of Washington, D.C., as well as the associated relocation of hundreds of other positions to state offices across the West, resulted in 287 of the 328 staffers who were ordered to move leaving BLM, through either retirement or finding positions at other Interior agencies (E&E News PM, Jan. 28).

Haaland last month announced to employees that BLM’s national headquarters would be moved back to Washington, and the Grand Junction office would be rebranded as a Western hub (E&E News PM, Sept. 17).

The last confirmed BLM director was Neil Kornze, who was approved in April 2014 by the Senate to serve in the Obama administration. Until Stone-Manning’s confirmation, BLM had been without a permanent director since Kornze left the bureau in January 2017.

Pendley essentially led BLM during the last 18 months of the Trump administration, but former President Trump withdrew his nomination to be director in the fall of 2020 after significant opposition from conservation groups and others.

Stone-Manning is also only the second woman to lead BLM in its 75-year history, joining Kathleen Clarke, who served as director from 2000 to 2006 in the George W. Bush administration.

"I am deeply honored to lead the Bureau of Land Management and carry out its critical mission to protect and manage America’s public lands," Stone-Manning said in a statement following the ceremony.

"I recognize that there is work to be done to rebuild the BLM, and I look forward to connecting with the important stakeholders that rely on its strong management," she added. "Our public lands are one of America’s finest ideas, and I am ready to get to work alongside a remarkable team to ensure our outdoor spaces are protected for current and future generations to enjoy."