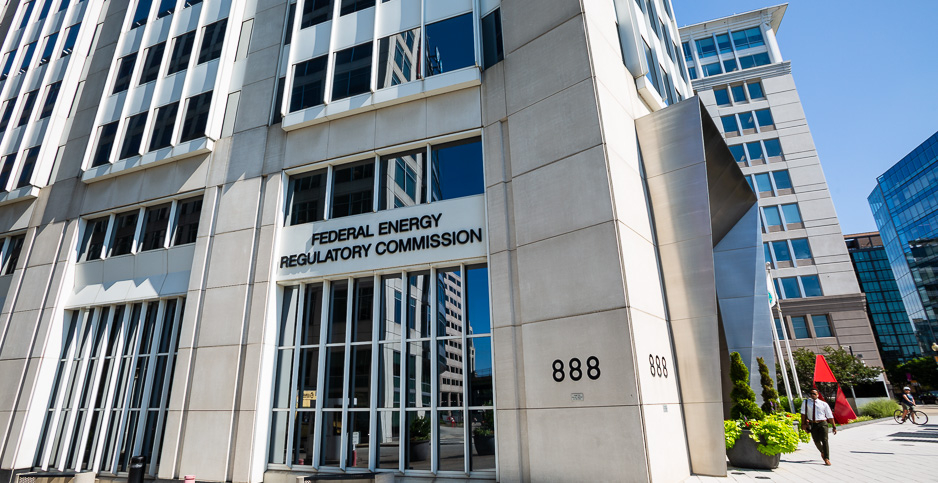 A looming legal brawl over a new Federal Energy Regulatory Commission order will trigger a fresh round of judicial scrutiny focused on the line between state and federal authority in wholesale power markets.

Power producers and state regulators last month sued in the U.S. Court of Appeals for the District of Columbia Circuit over Order No. 841, a FERC directive that opens the door for batteries and other energy storage technologies to participate in wholesale electricity markets — even if they are behind a retail meter (Energywire, July 17).

Generally, FERC has oversight of interstate electricity sales, while retail sales fall to states. But the Supreme Court has recently upheld efforts by FERC to boost competition in wholesale markets, even when those changes affect retail rates.

Lobbies representing not-for-profit utilities — the American Public Power Association and the National Rural Electric Cooperative Association (NRECA) — will argue that FERC exceeded its statutory authority when the commission decided in Order No. 841 that it had sole jurisdiction over participation of behind-the-meter storage resources and that the agency acted arbitrarily and capriciously by not supplying an opt-out for states.

"This is a big deal because potentially we’ll see whether FERC has the authority to invite distribution-level resources into the market," he said.

At the heart of the storage order dispute is the Supreme Court’s 2015 ruling in FERC v. Electric Power Supply Association. In that case, which focused on demand-response compensation, the justices found that the Federal Power Act authorizes FERC to oversee rules or practices that directly affect wholesale rates.

Demand-response programs offer customers incentives to switch large electrical loads on or offline at certain times — shutting off air conditioning during peak afternoon hours for electricity demand, for instance. Under Order No. 841, consumers or companies with battery storage are eligible to try to sell it through wholesale power markets as an available source of electricity. Both techniques involve marshaling enough smaller power sources to play a significant role in the grid.

NRECA, one of the challengers in the D.C. Circuit case, said the central question in FERC v. EPSA was compensation, not participation itself.

"We think they are reading that case too broadly to authorize what they’ve done here," he said.

The lawsuit is not a challenge to the value of storage resources but a question of how far FERC can go, Elliott said.

Order No. 841 represents “quite a dramatic shift in regulatory authority from states to FERC," he said. "That’s what we’re concerned about."

Energy storage interests and clean energy groups last month jumped to FERC’s defense in the litigation. They asked the D.C. Circuit to secure competitive advantages for technologies that can help ease the transition away from fossil fuel-based power (Energywire, Aug. 14).

"As long as [storage] is competing fairly, it should be allowed to, and it should be compensated as such," said Energy Storage Association CEO Kelly Speakes-Backman.

Whether the Supreme Court eventually takes up the storage order battle depends on how the D.C. Circuit rules in the case.

If the appeals court lands squarely on FERC v. EPSA grounds, the justices may not be inclined to rehash the issue, said Kim Smaczniak, managing attorney of Earthjustice’s Clean Energy Program.

A ruling affirming FERC Order No. 841 would pave the way for transformation of a grid system that is built on the premise that there is a small number of large generators, as opposed to many smaller, distributed producers, Smaczniak said.

"It could start to look like there’s a whole number of things that are ways to engage across the distribution system to the wholesale system," she said. "That’s a fundamentally different system for meeting and balancing demand and supply.

"It could be revolutionary."