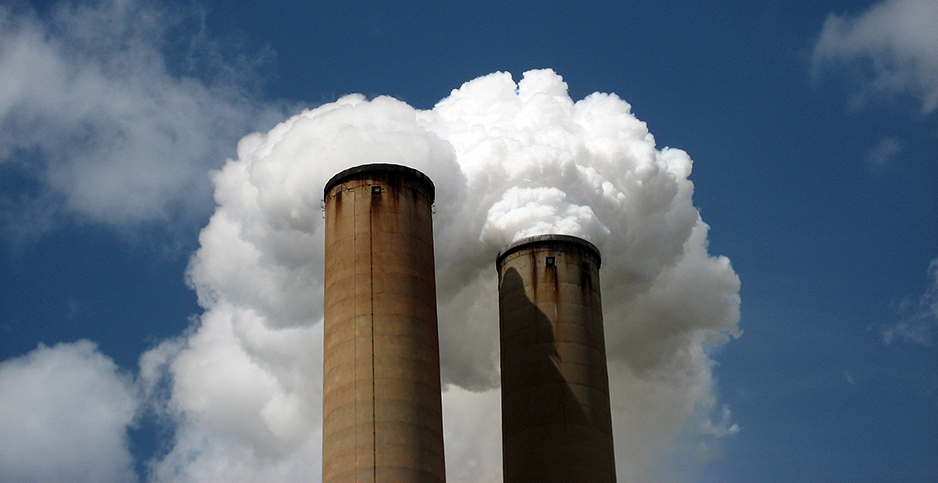 Green groups and blue states won’t be the only challengers lining up to fight the Trump administration’s controversial revisions to the legal basis for curbing mercury and air toxics from power plants.

Legal experts also expect many of the operators that are subject to EPA’s Mercury and Air Toxics Standards to oppose the agency’s effort to undermine requirements that companies complied with years ago. Other firms that oppose the restrictions may use EPA’s reconsideration of its finding that it is "appropriate and necessary" to set those limits as grounds to ask a court to overturn the standard, which the Trump administration has said it would preserve.

Potential challengers said they are gearing up for at least a year of litigation in the U.S. Court of Appeals for the District of Columbia, which hears all Clean Air Act disputes, after the final rule EPA unveiled last week appears in the Federal Register.

"We think it’s indefensible," environmental lawyer Sean Donahue said of EPA’s changes to the legal underpinning for MATS. "And we think that the courts will agree with that."

EPA said its new rule, first proposed last year, is a response to the Supreme Court’s 2015 decision in Michigan v. EPA, which said federal agencies must consider compliance costs in addition to public health information before making an appropriate and necessary finding.

"While it is true that many of the benefits associated with reducing emissions of HAP from power plants have not been quantified, the EPA provided in the 2019 Proposal its reasons for concluding that those unquantified benefits were not likely to overcome the imbalance between the monetized HAP benefits and compliance costs in the record," EPA wrote in its rule.

Environmental groups said the agency got it wrong.

"It is actually incorrect to say, as the EPA does in this new final rule, that they’re responding to the Supreme Court’s request for a cost-benefit analysis, because the Supreme Court did not make such a request," said Ann Weeks, senior counsel and legal director for the Clean Air Task Force.

Among the issues challengers are expected to raise in court is the federal government’s willingness to consider co-benefits in other contexts, such as the safety benefits the Trump administration has touted from its new Safer Affordable Fuel-Efficient (SAFE) Vehicles Rule.

"The safety benefits are co-benefits for both the EPA standards and the [National Highway Traffic Safety Administration] standards," said Richard Revesz, director of the Institute for Policy Integrity at the New York University School of Law. "I could imagine the issues around the MATS standard to work their way into the litigation around the SAFE standards."

Bracewell LLP partner Jeff Holmstead said the D.C. Circuit might throw out environmentalists’ challenges on procedural grounds, since EPA has changed only its legal reasoning for MATS, not the standard itself.

"I don’t see that they have standing to challenge that," he said. "Will that keep them from filing a lawsuit? Probably not."

Companies that argue EPA cannot leave a regulation in place after the agency changes the legal foundation for that rule may find stronger footing in court, said Holmstead, a former EPA official under the George W. Bush administration.

"That is something that could be challenged," he said. "That is not a challenge that the environmental groups can make."

Who would fight MATS?

The question is whether there is anyone in industry who would bring such a lawsuit.

One potential contender is Murray Energy Corp., which led a D.C. Circuit challenge of the Obama administration’s supplemental appropriate and necessary finding in 2016. But the company’s bankruptcy has watered down — and possibly extinguished — its firepower as the leading courtroom foe of EPA’s efforts to regulate the coal industry (Greenwire, Oct. 30, 2019).

That earlier round of D.C. Circuit litigation has been on hold since the Trump administration told the court it planned to revisit the legal basis for MATS. EPA notified the court Friday it had finalized the changes.

Sanjay Narayan, a managing attorney for the Sierra Club’s Environmental Law Program, said the manner in which challenges to EPA’s new rule roll out will be important.

"It’s a very weird posture," he said. "I don’t think any of us really know what the boundaries are."

Legal experts expect the D.C. Circuit to take about 12 to 18 months to reach a decision, which could later be appealed to the Supreme Court.

If President Trump loses his bid for reelection, the whole process would start anew, said Revesz of NYU.

"The withdrawal of the appropriate and necessary finding would definitely be revoked by a new administration," he said.

He said the legal wrangling over last week’s rule will be more than an academic exploration of how costs and benefits should be balanced. The key question, he said, will be whether MATS can survive once its "statutory predicate" disappears.

Collins represented Exelon Corp. and Calpine Corp. in the D.C. Circuit litigation over the 2016 supplemental finding. The companies intervened in defense of the Obama EPA’s determination that MATS was appropriate and necessary.

Most power providers and trade groups stand ready to protect their multibillion-dollar investment to adhere to the standard, Collins said.

"This is exactly the kind of thing that most commenters and viewers of the legislative history of the proposal would recognize as bringing to poetic fruition the very sort of delay and pendulum swinging that Congress tried to prevent," he said.

Nothing is stopping a future administration from changing the playbook again, Collins said.

"Now that investment might get skewered by another pendulum swing," he said. "It’s important that the industry avoid that."