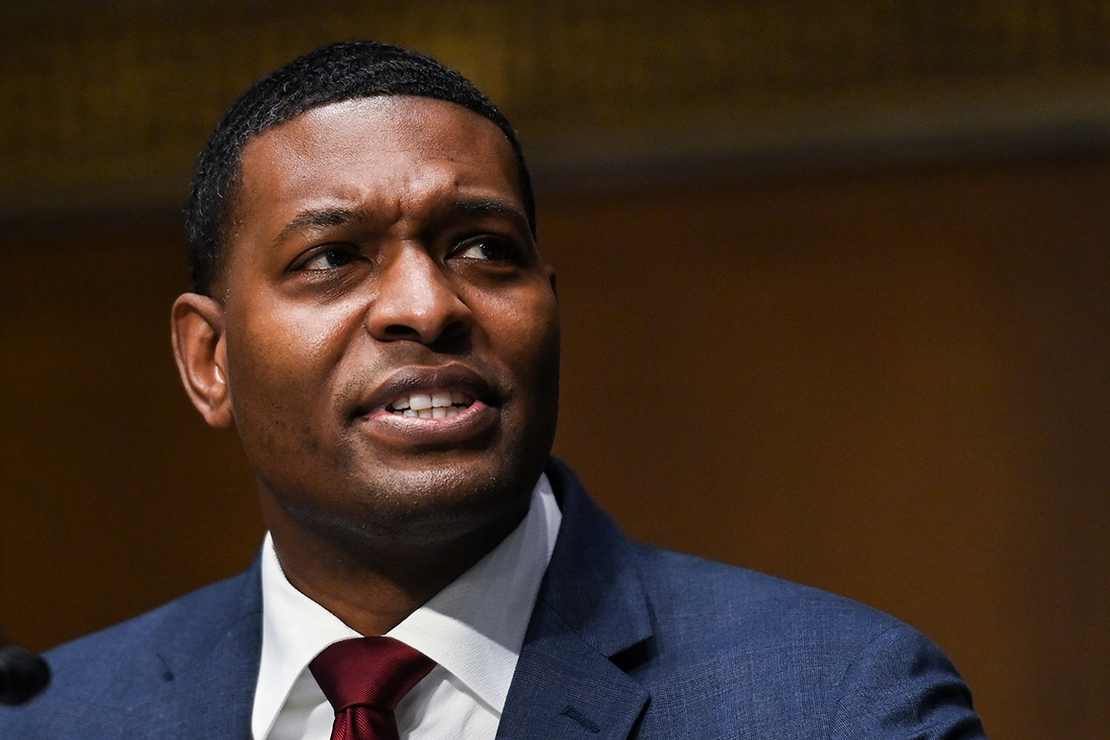 As lawmakers joust over sweeping new incentives for green electricity, EPA is quietly working on the next generation of Clean Air Act power regulations.

The Washington main event: the fate of the $3.5 trillion reconciliation package, which includes an ambitious regulatory-and-market hybrid to reward utilities for green power investments and penalize them for clinging to fossil fuels.

The behemoth would expand tax incentives for renewable power and introduce pollution fees and a panoply of other actions and policies that Democrats say would deliver on President Biden’s promise to halve U.S. greenhouse gas emissions by 2030.

But away from the spotlight, EPA lawyers and technical specialists are working on new power-sector carbon dioxide rules. The Office of Air Quality Planning and Standards is the lead on the rule that is generating work across the agency, an EPA spokesperson said.

“[W]e are working across offices within EPA to analyze the science and to determine which regulatory approaches are best suited to address the full suite of climate, health and environmental impacts from the power sector, and how they fit together,” the spokesperson told E&E News.

“We are being deliberative about this process in order to ensure we arrive at an approach that is not just effective in protecting human health and the environment, but is also cost-effective, legally resilient and sensitive to the unique realities of this."

The reconciliation package’s flagship climate policy — the Clean Electricity Performance Program or CEPP — would deliver $150 billion for power companies that meet annual targets to ramp up green electricity. The policy, which would also penalize utilities that don’t progress toward lower-carbon sources, would be a new and powerful arrow in the Biden administration’s regulatory quiver for power-sector carbon reduction.

But White House climate adviser Gina McCarthy has said repeatedly that legislative action and EPA regulation are not an either/or proposition.

This week she told a virtual forum hosted by an investor group that the CEPP wouldn’t “take the place or take away the authority we have to move forward with regulation."

“And rest assured we are moving forward with regulations,” she said.

But the cap-and-trade bill the House passed in 2009 — and that the Senate failed to take up in 2010 — was a more comprehensive policy than the CEPP or even the broader reconciliation package. It would have covered CO2 from the bulk of stationary sources and could have laid claim to being a national climate law.

Clean Air Act regulation, meanwhile, was still in its infancy in the first years of the Obama presidency. EPA finalized its finding that greenhouse gas emissions endanger public health in December 2009 — six months after the bill by then-Reps. Henry Waxman (D-Calif.) and Ed Markey (D-Mass.) cleared the House. It formed the basis for all climate rules the agency would write under the air law during the Obama and Trump administrations for categories like oil and gas methane and power plant CO2.

“I think that the Clean Air Act was viewed then as an item that could be pursued or not, or could be traded, as ended up being done with the Waxman-Markey bill," said Sam Ricketts, co-founder and co-director of Evergreen Action. "That is no longer how the community and how lawmakers view the Clean Air Act.”

The law’s value has since been demonstrated, he said, as a means especially of protecting communities near power plants and other pollution generators that might not benefit from a market-based policy that allowed businesses to choose where to cut emissions.

Jeff Holmstead, who served as EPA’s air chief under President George W. Bush, said he would be “surprised if EPA tries to regulate” power plant carbon if the CEPP became law in its current form. McCarthy, who presided over the Obama EPA’s Clean Power Plan rulemaking as administrator, would know that the Supreme Court presented an insurmountable barrier to the kind of rule they’d like to promulgate, he said.

“It’s certainly true that the Biden EPA will impose additional regulations on the power sector even if the CEPP is adopted, but they’ll be regulating conventional pollutants — not CO2,” said Holmstead. “If they are committed to regulating CO2 no matter what happens in Congress, why haven’t they done anything yet?”

It’s unlikely Congress could approve language preempting EPA regulation as part of budget reconciliation, which allows for spending and revenue-raising policies to pass the Senate by a simple majority vote but doesn’t extend to policy provisions.

While legislative programs provide incentives to develop renewable energy and nonpolluting power sources, “they don’t touch on anything around pollution,” said Dallas Burtraw, a senior fellow at Resources for the Future.

“Emissions of conventional air pollutants, encouraging the transition from higher carbon to lower carbon — the CEPP doesn’t have any influence on that at all in a direct way,” he said.

The rules EPA is developing and could propose early next year would clamp down on CO2 directly, not as the likely byproduct of increasing utilities’ demand for renewables and other clean energy sources.

But it’s unclear what kind of rule EPA will write — particularly for the existing power fleet responsible for the lion’s share of power-sector emissions.

EPA Administrator Michael Regan said at his confirmation hearing the agency has a “clean slate” to write new rules for the power sector and would learn from “examples of success and failure that we’ve seen in past tries."

The Obama-era Clean Power Plan, which took a novel systemwide approach to reducing emissions, was stayed by the Supreme Court before President Trump took office. And the day before Biden was inaugurated, the U.S. Court of Appeals for the District of Columbia Circuit struck down the Trump EPA’s replacement rule, saying it took too limited a view of the agency’s authority. Republican-led states and coal companies have petitioned the Supreme Court to overturn that ruling.

The spotty track record for Clean Air Act rules for power plant CO2 shows why it’s important for EPA to complete its rulemakings early in a president’s term, when the administration will have time to defend them in court.

That would make EPA reluctant to delay a rulemaking to give Congress time to act, environmental policy specialists say.

“I guess there’s got to be a strategic tension in the administration,” said Barry Rabe, a professor of environmental policy at the University of Michigan.

“On the one hand they want to move as quickly as possible on every front to maximize the likelihood certainly if it’s through administrative actions that they get things done,” he said. On the other hand, “I would assume that EPA would be reluctant to act prematurely because you’d want any administrative action to be complementary to whatever emerged from Congress.”

EPA wouldn’t have a direct role in implementing the CEPP or renewable tax credits. The departments of Energy and the Treasury would be responsible for them. And if the CEPP becomes law, DOE would need to undertake a rulemaking for it that would take a year.

EPA hasn’t said when it might propose and finalize its power plant rules, but observers are expecting to see proposals early next year with a final rule out a year later.

In other words, the rule would probably be in place before CEPP regulations.

Carrie Jenks, executive director of the environmental and energy law program at Harvard Law School, said she didn’t think there was any conflict between the reconciliation bill and EPA’s rulemaking process.

“I do not expect anything is being held up at this time in the regulatory process or that EPA will have to go back to significantly change its analysis for the regulatory framework because of an action by Congress,” she said.

Jenks said the incentives program would change the cost dynamics for clean energy development, which could have a bearing on EPA’s modeling and analysis for its rules.

"In developing the regulation you’d want EPA to consider broadly where the electric sector is and where is it going," she said. "And any policies that are affecting that trajectory would likely be considered, whether that would be new tax incentives, a new CEPP or existing tax incentives.”

Jenks’ predecessor at Harvard, Joe Goffman, is now leading the EPA Office of Air and Radiation. Before he joined Biden’s transition team last fall, he proposed that EPA write an aggressive rule for existing power plants that relied on emission reductions that could be made “inside the fence line” at a power plant.