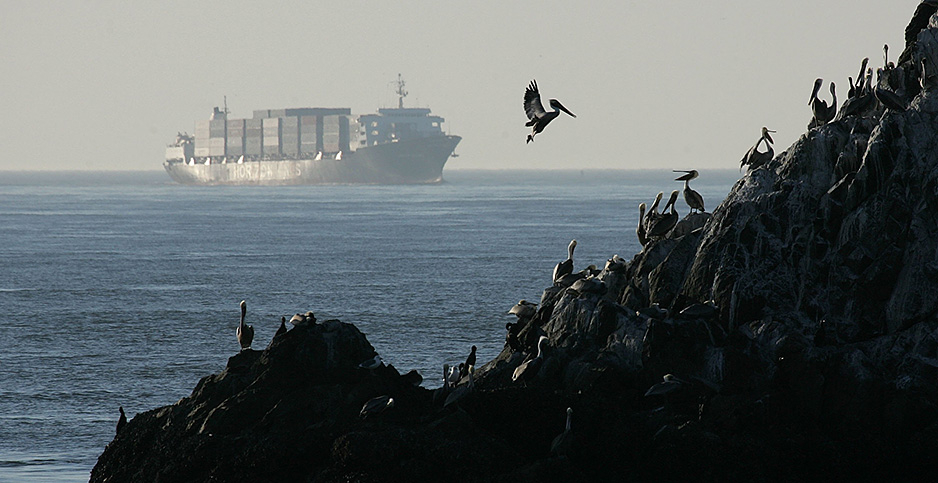 Seabirds are "sentinels" of ocean health. If marine ecosystems are suffering, the birds will be among the first to show it.

The findings point to broader patterns of environmental change across the world’s oceans. Climate change, combined with pollution, overfishing and other human activities, is steadily altering marine food webs. Food sources are shifting. Some fish populations are dwindling or migrating to new areas.

As a result, seafaring birds perched at the top of the food chain are struggling to breed and raise their young. They’re canaries in the coal mine, so to speak — clear indicators that something is wrong with the entire ecosystem.

"Seabirds travel long distances — some going from one hemisphere to the other — chasing their food in the ocean," P. Dee Boersma, a biologist at the University of Washington and one of the study’s authors, said in a statement. "This makes them very sensitive to changes in things like ocean productivity, often over a large area."

The new study, published yesterday in the journal Science, examines 50 years of data on 66 seabird species worldwide. The research, led by William Sydeman of the Farallon Institute in California, involved contributions from more than three dozen experts at institutions around the world.

The study finds that many species aren’t breeding as successfully as they did in the past — particularly in the Northern Hemisphere. They’re producing and raising fewer chicks.

The researchers looked at a variety of birds, including species that mainly feed on plankton, species that prefer fish and species that eat both. Birds that eat fish — either partly or exclusively — were found to be most vulnerable.

In addition, birds that mainly feed at the surface of the ocean were more susceptible to breeding failures than deep-diving birds.

These threats combined have likely had a bigger influence on marine ecosystems in the North. Studies have already shown that certain fish populations are declining or moving to different parts of the ocean. Even plankton populations are shifting over time.

These changes can put seabirds in a difficult position.

Seabirds often return to the same coastal sites year after year to breed and raise their chicks. During the breeding season, they make trips back and forth between the ocean and the land, foraging for food and returning to feed their babies. If their food sources decline or move around, it can make it harder for them to both feed themselves and successfully raise their young.

The fact that fish-eating, surface-foraging birds are most vulnerable is a telling detail, Sydeman, the lead author, said in an interview with E&E News. It indicates that the upper part of the ocean is changing most dramatically.

"The indications are that that part of the ocean’s productivity is declining, and the birds are giving us a window into that change," he said.

The study doesn’t parse out exactly which human influences are most at fault. The researchers did conduct some additional analyses, which found that rising ocean temperatures are closely linked to the seabirds’ breeding success.

Still, it’s likely the combination of climate change and other human influences has taken such a toll on birds.

But the study doesn’t necessarily spell catastrophe — at least not yet. Seabirds tend to be long-lived, resilient animals, Sydeman said. They can withstand temporary food shortages, and they can bounce back after a year or two of low breeding success.

"The problem is if it becomes chronic," Sydeman said. "And this study is suggesting that it is becoming a chronic problem for the Northern Hemisphere."

That means interventions may be in order — and soon — to prevent more dramatic declines in the future.

That could mean targeted efforts to cut down on fishing in areas close to seabird breeding colonies and building up the fisheries that birds heavily rely on for food. In the Southern Hemisphere, establishing larger marine protected areas could help keep fisheries stable and healthy.

In the meantime, global efforts to slash greenhouse gas emissions and curb climate change are needed to slow the rate of ocean warming.

Around the world, seabirds are "sending a warning signal that we really need to think about this now, before things get too bad," Sydeman said. "For most species, there’s still time to avert disaster."