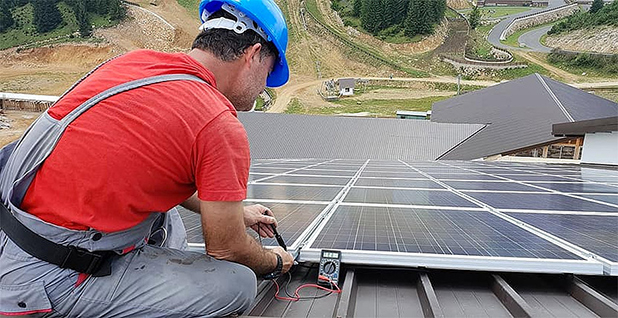 A new study from Princeton University outlines how to achieve a carbon-free economy by 2050. Pikist

The United States can achieve net-zero greenhouse gas emissions economywide by 2050 without spending more than usual on energy and while seeing a net increase in energy jobs, according to a new study from Princeton University researchers.

Biden’s climate and energy plans have faced skepticism because of potential costs, infrastructure hurdles and political challenges, although much of the criticism has been focused on a nearer target — to achieve 100% clean electricity by 2035 (Energywire, Dec. 2). If he moves forward with the 2050 target once he is inaugurated, the United States would join Japan, South Korea, the United Kingdom and the European Union in having committed to net-zero emissions by midcentury (Climatewire, Nov. 20). Many major companies have also pledged to achieve that goal.

There are five technological pathways the United States could pursue to meet the 2050 goal, all of which would require careful and proactive planning as well as "immediate, large-scale mobilization of capital, policy and societal commitment," the study said. While the plans would be "affordable" for consumers over the course of several decades, costing about the same fraction of gross domestic product as is spent on energy today, it would require at least $2.5 trillion in upfront investments, the report said.

Those investments would support the transition of the energy and power sectors, heavy industry, buildings and vehicles in the next 10 years, according to the report. For example, $7 billion alone would be needed to ramp up public charging infrastructure for electric vehicles.

"We conclude that getting to net-zero doesn’t require a World War II style mobilization of 20% of our nation’s GDP towards energy infrastructure," Jesse Jenkins, an assistant professor of mechanical and aerospace engineering at Princeton’s Andlinger Center for Energy and the Environment and a project lead, said in an email. "Instead, all of the five paths we outline mean Americans spending about the same share of GDP on energy as we do today, but shifting from business as usual to a cleaner path."

This decade, the United States should focus on quickly deploying new wind and solar resources, electric vehicles, electric heat pumps, and critical infrastructure such as EV charging stations and pipelines for carbon capture and storage. Other technologies should continue to be studied and tested for large-scale deployment in the 2030s and 2040s, the report said.

The five pathways call for different rates of electrification for transportation and buildings and of deployment of new solar and wind projects. Some scenarios also rely more on biomass for energy use, and one scenario includes an increased emphasis on carbon capture and storage.

In all of the scenarios, coal is mostly eliminated over the next 10 years, and oil and gas use declines by between 65% and 100% by 2050. Natural gas for space and water heating as well as cooking is replaced almost entirely with electric options such as heat pumps by 2050 in all scenarios.

The researchers are "agnostic" as to which scenario is preferable. Following any of the pathways would prevent an estimated 200,000 to 300,000 premature deaths and avoid $2 trillion to $3 trillion in health care costs, Jenkins said.

"We also see a net increases of [500,000]-1 million jobs in energy supply sectors by 2030 and 2 [million]-3 million net jobs by 2050, as growing sectors like wind, solar, and transmission grid construction offset declines in fossil fuel related employment," he said.

The culmination of a two-year research effort that involved discussions with advocacy groups, energy companies, trade associations and others, the study provides more information and granularity for specific sectors and states than similar previous reports on this topic, Jenkins added.

"We think that going from pledges to real progress requires clarity about what a net-zero future would look like [on] a more human, visceral scale. Our work aims to paint a more vivid picture than prior studies of what a net-zero transition looks like on the ground, across the country," he said.