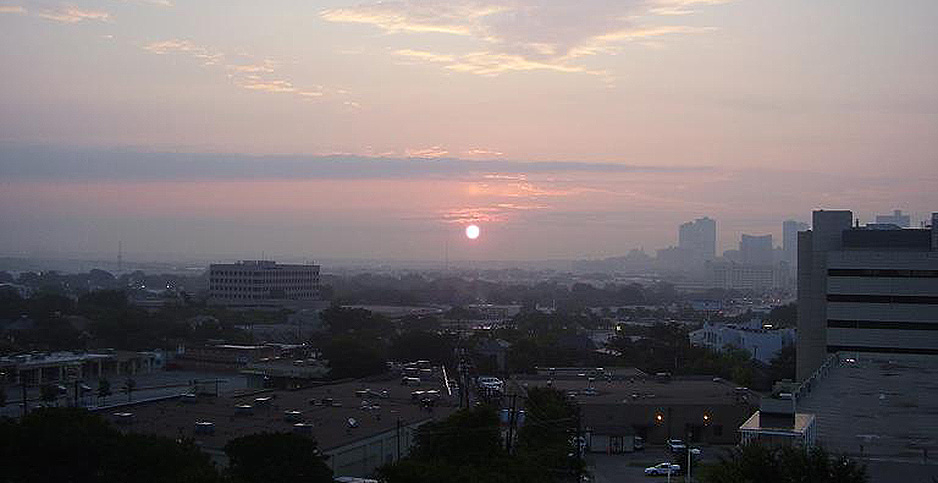 Air pollution in Fort Worth, Texas. haunted by Leonard Cohen/Flickr

Soot pollution generated by the burning of fossil fuels was responsible for 8.7 million premature deaths globally in 2018, a far higher toll than previously estimated, researchers at Harvard University and other schools concluded in newly released findings.

The total amounted to almost 1 in 5 deaths for that year, with China and India bearing the bulk of the burden, according to the paper, published online today in the peer-reviewed journal Environmental Research, and an accompanying press release.

"By quantifying this sometimes overlooked health consequence of fossil fuel combustion, a clear message is sent to policymakers and stakeholders of the co-benefits of a transition to alternative energy sources," the authors wrote in the paper.

The total is more than double the estimate reported in the latest "Global Burden of Disease" study, which pegged the total number of deaths stemming from all outdoor particulate matter exposure — including causes like wildfire smoke — at 4.2 million. That study is produced by the Institute for Health Metrics and Evaluation at the University of Washington.

In the release, the researchers attributed the disparity in part to atmospheric chemistry modeling that goes beyond satellite and surface observations of pollution concentrations. Their approach also found a higher mortality rate for long-term exposure to fossil fuel-related soot, including at lower concentrations, they wrote.

Soot, also known as fine particulate matter, or PM2.5, is produced directly or indirectly, by combustion of coal, diesel and other fossil fuels. Capable of penetrating deep into the lungs and reaching the bloodstream, those particles are linked to a variety of health problems, including respiratory diseases like asthma, strokes and premature death in some circumstances. Particles are no bigger than 2.5 microns, or one-thirtieth the width of a human hair.