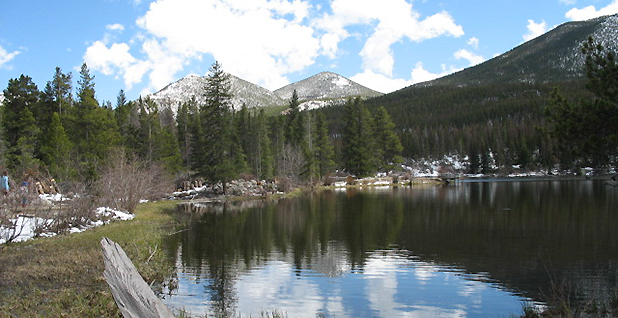 Wind and rain transport more than 1,000 metric tons of plastics annually to protected lands in the United States, according to new research.

Utah State University professor Janice Brahney and her team of graduate and undergraduate researchers have released a report in Science magazine titled "Plastic rain in protected areas of the United States." They concluded that "no place is safe from plastic pollution," including national parks and national wilderness areas.

Brahney, who studies the atmospheric deposition of dust and phosphorus to remote ecosystems, was trying to understand how dust composition settles in the West when she came upon an interesting discovery.

"Looking at my samples, I noticed very brightly colored pieces in my dust material and realized it was very important, and started focusing on the plastic component of our samples," Brahney said.

She added, "It was a bit of an accident."

The researchers changed course and began studying the life migration of wet and dry microplastics. They documented the accumulation of microplastic particles in 11 national parks and wilderness areas over a 14-month period.

The rate of deposits is estimated to average 132 plastics per square meter per day, more than 1,000 metric tons of plastic annually deposited to U.S. protected lands in the West.

"Most of what we saw were fibers, and most of those fibers were clothing fibers: polyester, nylon and those types of material," Brahney said, noting that the remaining fibers appeared to be for industrial use.

Brahney said the researchers classified plastic fragments as particles but could not identify whether the source was a bottle or other items. However, they suspect that some of the brightly colored microbeads discovered in their samples were from paint sources.

The researchers analyzed the travel distance of the plastic particles in rain versus dry conditions in comparison to trajectory models.

"What fell out in rain tended to be larger in size than what fell out dry," Brahney said. "Larger things aren’t going to travel as far as smaller things."

She said the items that fell out in the rain were sourced closer to where they were deposited. Rainstorms, with lots of energy, can pick up soil from the ground and remobilize plastics.

They observed more plastics on days when storms had passed through major urban centers.

Brahney said, "That told us population centers were an important source for rain deposition."

The dry particles were smaller, indicating they came from farther away, and there were greater deposits of plastic at higher elevations.

"That tells us they are moving higher in the atmosphere and are controlled by broader climate patterns," Brahney said.

"There’s a lot more that we need to understand how plastics move through the atmosphere and where the major sources are," Brahney said.

With 11 billion metric tons of plastic expected to accumulate in the environment by 2025, the researchers believe the findings underline the importance of reducing pollution from plastic.

Brahney hopes for the development of mitigation strategies and alternatives to plastic that would naturally degrade in the environment.

She also said she hopes that what comes out of the study "is a broader recognition that just because we can’t see our garbage doesn’t mean it isn’t there."