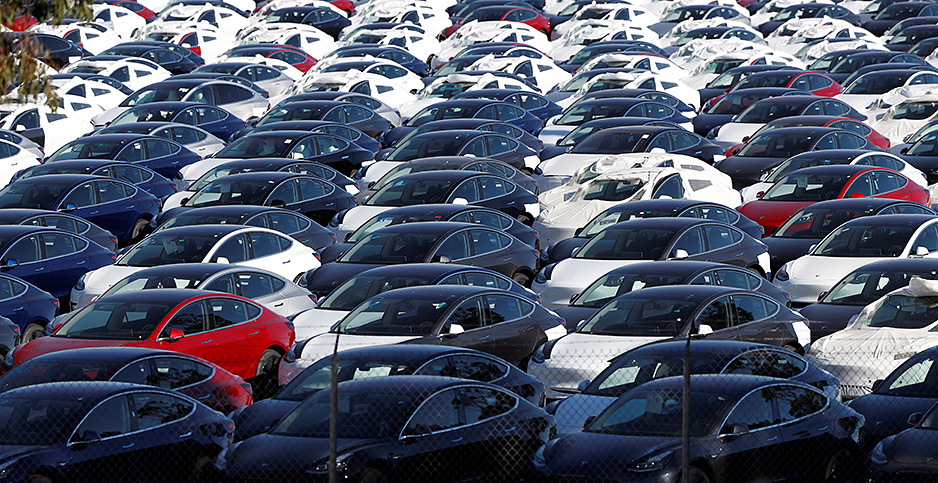 Electric vehicles in California logged half the miles on the roads of gas-powered cars and didn’t draw the big quantity of energy that grid planners expected, according to a new study.

The results of the study, published today by the National Bureau of Economic Research, feed into a topic of intensifying interest to the new Biden administration and in the states: How many resources should be devoted to supporting electric cars?

Researchers, including Fiona Burlig, an energy and environmental policy professor at the University of Chicago, analyzed utility industry data to reveal how much EVs are actually driven compared with their gasoline counterparts.

The findings surprised the academics. As of four years ago, EVs in the Golden State drove on average 5,300 miles a year, less than half the distance driven by an average gas-powered car. And their energy usage is a small fraction of what state officials assume.

"If it turns out there are various reasons that people drive their EVs less," Burlig said, "it means that the EV is a less-good substitute for the gas car than we thought."

Burlig acknowledged the study has limits. It looked at California’s use of EVs in a three-year period ending in 2017. EVs were less popular then; the Tesla Model 3, now the country’s hottest-selling EV, had just hit the streets.

The study also didn’t consider why electric cars’ travel is so constrained. But the researchers have some ideas.

It could be that the drivers, encountering few public charging stations and suffering range anxiety, didn’t trust their EVs for longer trips. It could be that households with more than one car look at their EV as an auxiliary. Or it could be that California’s electricity rates, among the highest in the country, made fueling too expensive.

Whatever the reason, there is something about EVs that makes them less convenient.

"Those are costs we’re not necessarily thinking about," Burlig said.

The study’s other co-authors were James Bushnell and David Rapson, both economics professors at the University of California, Davis, and Catherine Wolfram, a business professor at UC Berkeley.

Burlig said they didn’t originally plan to focus their attention on EVs.

They were more interested in how new actors, like EVs and solar panels, would affect reliability on the electric grid. But the researchers changed course when they realized that the impact of EVs on the grid was mostly unknown.

"We thought we would pull something off the shelf, and that didn’t exist," Burlig said.

Past studies out of California — home to about half of all EVs in the United States — have looked at households that have their EV on a separate electricity meter.

That, however, is rare in the real world. Most homes with EV charging stations in the garage don’t dedicate a meter to it. Instead, the energy draw is mingled with all other devices, like refrigerators, dryers and lights.

To find how much juice regular EV owners were using, the researchers got the addresses of those who registered new electric cars in California. Then they matched those against the addresses in a massive database of the state’s utility customers..

Normally, energy data this specific would be off-limits, but the researchers took advantage of a California law that makes it available to academic researchers.

They found that charging an EV increased electricity usage by 2.9 kilowatt-hours a day compared with an average home.

That number is significant because it is so much less than the state of California assumes it to be. The California Public Utilities Commission, using data from the state’s investor-owned utilities, estimated that an EV uses almost three times as much — somewhere around 7 or 8 kWh a day.

"Regulators have been using unreliable information," said Rapson, one of the study authors.

Next, the researchers estimated how far those vehicles actually travel.

They did that by noting how much a home’s energy use grew after it got an EV and comparing the result to how much energy that particular model of EV uses as it travels the roads.

That yielded the finding that the average EV in Northern California drove 5,300 miles a year. By comparison, the National Household Travel Survey, carried out by the U.S. Department of Transportation, estimates the average passenger vehicle travels 12,000 miles a year.

Why is still a mystery, but Burlig has a theory, related to the fact that Teslas have bigger batteries — and much longer driving ranges — than other EVs.

"If I’m interested in taking my EV on long trips," she said, "I’m more likely to invest in a Tesla than if I’m using it for trips to the grocery store."