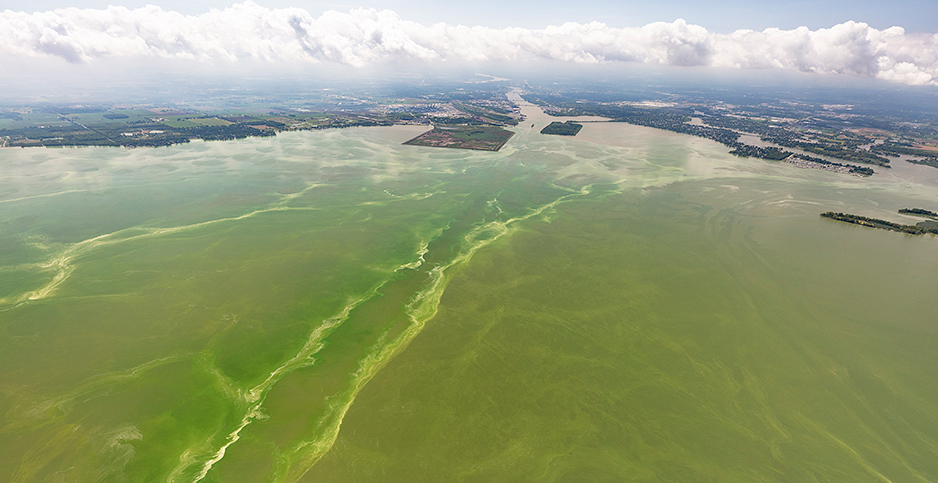 New research warns that climate change-driven drops in oxygen levels in the world’s freshwater lakes threaten drinking water and biodiversity and can possibly cause the release of more methane, a super potent greenhouse gas.

A survey of hundreds of freshwater temperate lakes across the globe found that as temperatures rise, oxygen levels have fallen 5.5% at the surface and almost 19% in deep waters during the past four decades — up to nine times faster than decreases observed in the world’s oceans, according to a study published today in Nature.

The findings are worrisome because cratering oxygen levels pose a threat to cold-water and oxygen-sensitive species like trout, can spur the spread of toxic algal blooms that can affect drinking water quality, and possibly cause more storage and outgassing of methane, said the study’s authors from the Rensselaer Polytechnic Institute in New York.

"Lakes are indicators or ‘sentinels’ of environmental change and potential threats to the environment because they respond to signals from the surrounding landscape and atmosphere," Stephen Jane, the lead author and a former researcher at Rensselaer, said in a press release.

"We found that these disproportionally more biodiverse systems are changing rapidly, indicating the extent to which ongoing atmospheric changes have already impacted ecosystems," said Jane, who is now a fellow at Cornell University.

The findings also have implications for greenhouse gas emissions.

Authors noted that falling oxygen levels can create an environment where bacteria thrive, including those that produce methane.

According to the study, lakes may potentially be releasing larger amounts of methane to the atmosphere as a result of that oxygen loss. What’s more, sediments release more phosphorus under low oxygen conditions, adding nutrients to already stressed waters, according to the report.

The research is enlightening given there’s no existing repository of data on temperate lakes to track changes tied to climate change, said Kevin Rose, a professor at Rensselaer who co-authored the report.

Instead, dozens of researchers from around the world associated with GLEON, the Global Lake Ecological Observatory Network, analyzed thousands of data points — dissolved oxygen and temperature profiles — in 400 lakes dating back to 1941.

The lakes, mainly in the temperate zone in the United States and Europe — were chosen because of their rich datasets, but researchers say the findings could be applicable far beyond the areas analyzed and that more research is needed.

For the past three years, Rose said researchers "scavenged" for data from a wide range of government, academic and not-for-profit sources to create the first-ever repository of data on lake temperatures and dissolved oxygen levels, including readings from lakes in Sweden and New Zealand and data from NOAA’s National Water Quality Data Portal. Researchers chose lakes that had at least 15 years of solid data.

What they found is a trend of dropping oxygen levels and water clarity in almost 230 lakes experiencing warming temperatures. Specifically, surface water temperatures increased by 0.38 degree Celsius per decade as surface water dissolved oxygen concentrations dropped by 0.11 milligram per liter per decade.

According to the study, oxygen levels are dropping most significantly in lakes with warming air temperatures, falling wind speeds and declining water clarity.

Especially threatened are deepwater lake habitats, said Rose, because species there like trout and salmon cannot move higher to warmer lake levels where there’s more oxygen exchange. Instead, those sensitive species are trapped in deep waters in summer months as oxygen levels drop, he said.

Rose attributed part of that interaction to physics, noting that oxygen saturation, or the amount of oxygen that water can hold, drops as temperatures rise. That, he said, is a "known relationship," and one that explains most of the trend in surface oxygen that he and his colleagues documented.

An exception and need for data

But the trend didn’t apply to all lakes.

In about 88 of the lakes analyzed, researchers found oxygen levels actually increased as water temperatures crossed a threshold favoring toxic cyanobacteria, which can flourish in algal blooms and release toxins.

Those lakes, Rose said, were mostly located in watersheds that had runoff from cities and agriculture, and temperatures had risen high enough to support cyanobacteria, which can flourish in algal blooms and release toxins.

"The fact that we’re seeing increasing dissolved oxygen in those types of lakes is potentially an indicator of widespread increases in algal blooms, some of which produce toxins and are harmful," said Rose.

"Absent taxonomic data, however, we can’t say that definitively, but nothing else we’re aware of can explain this pattern," Rose added.

Researchers say the findings could be applicable far beyond the temperate zones in the summer months, but there’s a dearth of data to show just how far-spread oxygen levels are falling.

Scientists for decades have been tracking similar changes in the planet’s oceans, where they’ve observed massive coastal "dead zones" and patches of ocean water with depleted oxygen levels.

In 2019, the International Union for Conservation of Nature released a report that found the volume of ocean experiencing regular areas of depleted oxygen had quadrupled and that climate change — not runoff — had emerged as the main culprit (Greenwire, Dec. 9, 2019).

Researchers want to analyze lake data beyond the summer months in temperate zones and build up the dataset, he said.

"It’s not necessarily uniform across the planet," said Rose, "but there’s nothing special about the temperate zone. It’s not like it’s just the temperate zone is warming and losing water quality. Those things are happening in some lakes everywhere. It’s just that we don’t have the long-term data in other places."