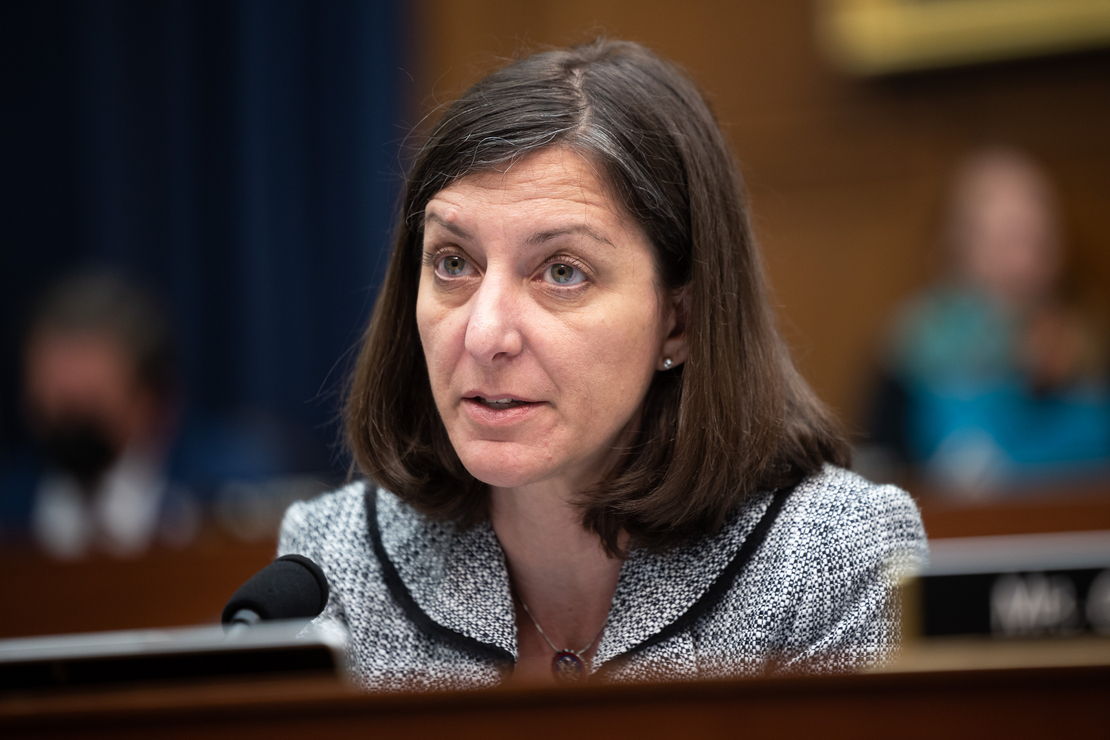 Set to run over the July Fourth holiday, the TV campaign by House Majority Forward — which is affiliated with House Majority PAC — will highlight House-passed legislation that seeks to address alleged gas price gouging.

The ads will run in the districts of Reps. Terri Sewell of Alabama, Sanford Bishop of Georgia, Cindy Axne of Iowa, Lauren Underwood of Illinois, Teresa Leger Fernandez of New Mexico, Marcy Kaptur of Ohio, Susan Wild of Pennsylvania, Matt Cartwright of Pennsylvania and Elaine Luria of Virginia.

The campaign also intends to urge the Senate to take up the legislation to match the House vote.

“The U.S. House once again delivered on their promise to lower costs for American families — and now it’s the U.S. Senate’s turn to do the same so that this common sense legislation can be signed into law,” she said.

The bill narrowly passed the House last month amid opposition from some moderate Democrats, who said they were skeptical it would be effective (E&E News PM, May 19).

Senate Majority Leader Chuck Schumer (D-N.Y.) indicated last week that he hoped to see a floor vote on the Senate’s version of the price gouging legislation prior to the August recess.

The bill, S. 4217, would need a special floor procedure to advance out of the Commerce, Science and Transportation Committee, where it stalled in a tie vote last month (Greenwire, May 25). But even then, it stands almost no chance of advancing in the evenly divided chamber.

Gas prices, and inflation in general, have emerged as top concerns among voters. Gas prices topped $5 a gallon on average nationally earlier this month, according to AAA. The average price has since fallen to $4.87 as of yesterday.

The Biden administration has tried to find ways to bring prices down, including releasing oil from the Strategic Petroleum Reserve, but the impacts have been minimal thus far. Last week, the administration called on Congress to pass a federal gasoline tax holiday, but Democrats have offered a chilly reception to that plan, arguing there’s no guarantee the holiday would benefit consumers (E&E Daily, June 23).

Republicans have continued to hammer the administration for the high gas costs in their broader attempt to reclaim the House and Senate in the upcoming midterm elections.

She zeroed in on a proposal floated at this week’s Group of 7 summit that would impose a price cap on Russia’s oil and gas exports. A senior administration official said earlier this week that the “goal here is to starve Russia — starve Putin of his main source of cash.”

Rodgers scoffed at that effort. “We need to be investing in energy infrastructure here in the United States. Whether it’s refineries, pipelines, all of this is foundational,” she said. “But this is an administration that … is saying ‘yes’ to importing solar panels from China, violating trade laws related to solar panel imports, and giving more leverage to China.”

“That’s the direction of this administration, and at the same time, Americans continue to suffer from record high gas prices,” she added.