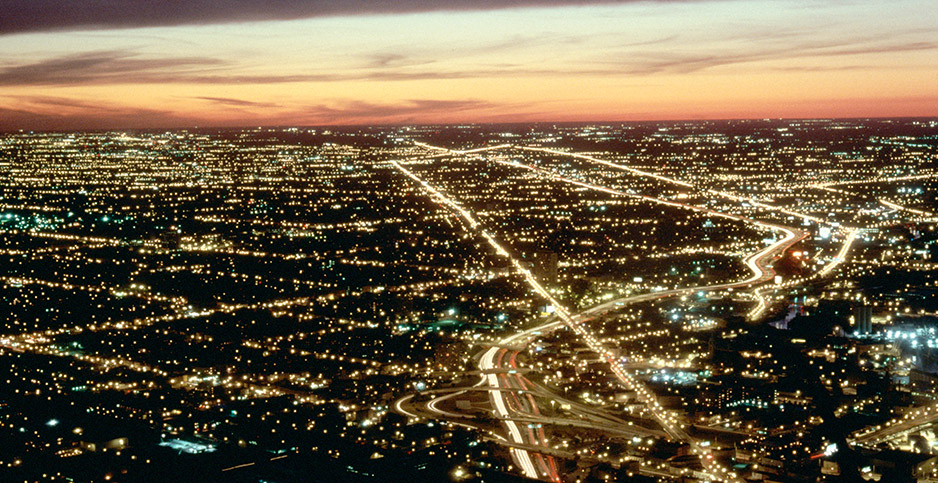 Chicago utility Commonwealth Edison Co. is teaming up with a Massachusetts-based technology company to test superconducting power cables that can connect distribution substations in new ways to improve grid efficiency and reliability. The city of Chicago is pictured at night. Mark & Audrey Gibson Stock Connection Worldwide/Newscom

The lines, encased in supercooled, insulated jackets, carry 10 times the current of ordinary power cables on utility Commonwealth Edison Co.’s system. When the project is in operation, scheduled for next year, the lines will tie together substations that move power to 35,000 customers, according to ComEd.

By linking these crucial nodes together, the project is changing the basic footprint of utilities’ power distribution networks that have been laid down since Thomas Edison’s time.

The new links can create backup channels to bypass damaged parts of ComEd’s distribution network in the test area, whether from storms or sophisticated hackers, a concern of the Department of Homeland Security, which is helping fund the $25 million first phase of the installation.

The case for the technology was made dramatically in August, when an unusual derecho storm hit Chicago with winds above 90 mph, sending trees into power lines and cutting off electricity to nearly 900,000 customers, says American Superconductor Corp. (AMSC), the technology’s creator.

Daniel McGahn, CEO of AMSC, sees the high-capacity lines playing an even larger role in the future, helping utilities manage a sharp growth in electricity demand from clean energy investment.

"We’re trying to enable more distributed generation in the form of electric vehicles and residential solar to come onto the system," said McGahn in an interview from his company’s Ayer, Mass., headquarters.

Traditional utility networks resemble a bicycle wheel centered on a single substation as the hub, with power lines branching out like spokes into neighborhoods. Lose the substation and you lose the power to the customers unless there are lines coming in from other directions.

The superconducting cables change the radial design into a spider’s handiwork. "The concept is to turn the urban network into a web," McGahn said. Linking substations together allows the entire output of a substation to flow over a single line, he added.

A second phase of the Chicago program, if approved, would be four to six times larger than the initial one, he said.

Rebuilding from a crisis

The Chicago project marks a sharp strategic turn for the 33-year-old AMSC, one that McGahn said has been critical to its recovery from the heavy financial damage caused by one of the more notorious cases of technology theft ever prosecuted in U.S. courts (Climatewire, Jan. 26, 2012).

AMSC was a pioneer in developing superconducting cables, which circulate liquid nitrogen around electric wires, dropping interior temperatures to minus 200 degrees Celsius. At that temperature, electrical resistance to currents disappears, increasing the capacity of the line tenfold over a conventional circuit. The physics of the system also automatically stops power surges from coursing down the lines.

While waiting for the supercooled cables to catch on, AMSC developed other technologies, becoming a leading supplier of control equipment for wind turbines.

By far its biggest turbine customer was Sinovel Wind Group Co., China’s dominant wind farm developer. But in 2012, Sinovel shocked AMSC by shutting its door to new contracts. The news collapsed AMSC’s stock from $24 to $5 a share. The U.S. corporation charged in court that Sinovel cut it off after stealing technology for a crucial wind turbine control that AMSC had been providing.

The U.S. Justice Department called it a brazen theft of proprietary technology that erased nearly 700 jobs and more than $1 billion in stock market value at the Massachusetts company. A U.S. jury eventually found Sinovel guilty of technology theft, and the Chinese firm agreed to pay a $57.5 million settlement to AMSC.

Asked about the controversy, McGahn steered the conversation back to the present. "We’ve let go of it. We’ve moved forward."

McGahn said in an interview that the company decided not to try to sell the superconducting cable head-to-head against conventional power lines, despite the product’s greater efficiency.

Instead, he said, AMSC worked on tailored uses of the cable that would solve more specific problems of moving electric power.

In 2019, AMSC found a customer for its system in the Navy, which was seeking an advanced technology to neutralize the magnetic "signature" in a new class of warships by encircling vessels with current-carrying superconducting cables. The technology protects ships from magnetic mines and makes them less visible to enemy tracking systems.

The change in strategy from selling cables to selling systems was born of necessity after the Sinovel crisis, he said. "It’s how we’ve rebuilt," McGahn said

AMSC reported $21.2 million revenue for the three months ended in June, compared with $13.8 million for the same period in 2019. It recorded a $3.4 million loss in the quarter, essentially unchanged from the year before. AMSC’s stock has climbed from under $5 per share in March to just under $15 this week.

The Navy contracts have helped AMSC persuade other customers that its technology isn’t science fiction, McGahn said. The cooling process is the same one used in hospitals with MRI machines.

"It was important to get comfort in the overall technology. Having that operational experience is critical to be able to open these markets," he said.

"With the Navy and utilities, you really need incremental evolutions. You go too far out, people get kind of lost."