Superintendent says he’s getting pushed out: ‘I’m not happy’ 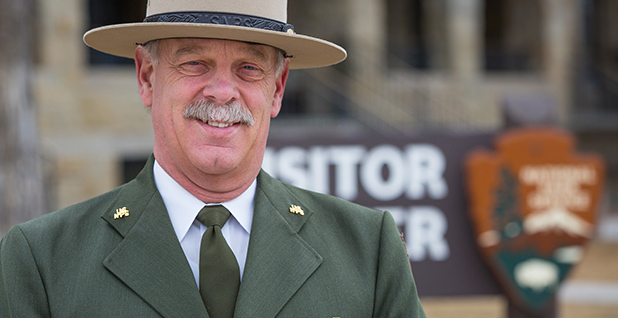 An angry Dan Wenk said today that he has been forced out of his job as superintendent of Yellowstone National Park, with no explanation from his bosses.

"I’m very disappointed, and yeah, I am angry about how this is being handled," Wenk said in an interview this afternoon. "I do not believe this has been handled in a way that respects my career with the National Park Service. And so, yeah, I’m not happy."

Wenk, 66, had announced last week that he would retire on March 30, 2019, ending his tenure of nearly 43 years with NPS. He said he wanted to stay that long to aid in a smooth transition.

But Wenk said NPS Deputy Director P. Daniel Smith quickly rejected his March plan and gave him an ultimatum: Move to Washington to lead the National Capital Region in August, or get out.

"After 42 ½ years, I felt like it was a punitive action to have me leave Yellowstone National Park, especially when they have not told me why they want me to go to the National [Capital] Region," Wenk said.

The Yellowstone superintendent since 2011, Wenk is a well-known figure in the park system and served as the agency’s acting director for nine months in 2009. As the head of one of the nation’s most popular parks, he has managed a staff of 800 and an annual budget of more than $60 million.

Wenk found himself in the center of an NPS leadership shuffle in April, when he was asked to replace Bob Vogel as superintendent of the National Capital Region. Vogel, in turn, was reassigned to Atlanta to head the Southeast Region.

Wenk immediately made it clear that he wanted to stay put. And he said neither Interior Secretary Ryan Zinke nor Smith had criticized his performance or given him any indication of what they wanted to see improved at the park, leaving him to wonder what went wrong.

"There’s been no discussion," he said.

Wenk acknowledged that in the past he had clashed with Zinke over bison management and had "animated discussions" with him, but he said he had no reason to believe that had anything to do with losing his job.

"I believed we were working through those issues," Wenk said.

Wenk said Smith gave him 60 days to make a decision. He said he’s hoping to talk to both Smith and Zinke before then.

"I’ve got a 60-day window to make a decision, and I’m going to take some portion of it or all of it to make a decision," Wenk said. "I hope to have some discussions with the leadership of the National Park Service and the Department of Interior on what my options are. … I’m always an optimist."

If he accepts the new job, Wenk said he would need to make a commitment of at least three to five years "to honor that region, those parks and those employees."

"Nobody has even been nominated by the White House for that position," he noted.

Wenk, who began his career with NPS in 1975 as a landscape architect, first expressed his displeasure with his situation in an interview with Wyoming Public Radio last night.

While he said he had received "a few" telephone calls today, none of them came from Smith or Zinke.

And Wenk said he was not worried about getting reprimanded for speaking out.

"All I’m doing is telling people the truth," he said.

"I think Dan Wenk, along with the others being moved, are being treated with utter disrespect for their decades of public service to the American people," said Jonathan Jarvis, the NPS director under President Obama. "Dan Wenk has worked effectively under Democrats and Republicans and been recognized for his dedication to the NPS mission, his ability to deliver on complex issues and his willingness to work across political divides."

NPS spokesman Jeremy Barnum and Interior Department spokeswoman Heather Swift did not respond to a request for comment.