Supreme Court appears to back EPA in WOTUS war 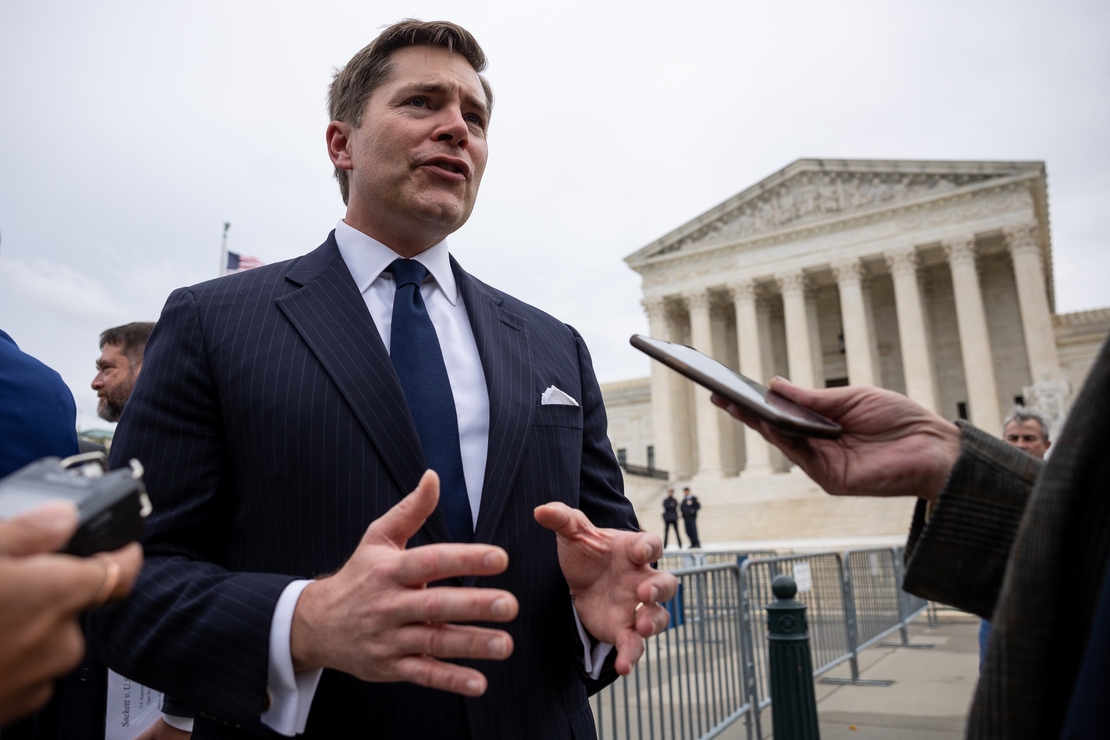 The Supreme Court on Monday appeared reluctant to wrest wetlands permitting power from EPA in a dispute that had been expected to significantly narrow the scope of the Clean Water Act.

During oral arguments in Sackett v. EPA, at least some of the six conservative justices indicated that they were skeptical of arguments from an Idaho couple that the Supreme Court should reach back to its 2006 decision in Rapanos v. United States to apply a more restrictive approach to Clean Water Act jurisdiction penned by the late Justice Antonin Scalia and upend about 50 years of federal practice.

The couple — Michael and Chantell Sackett — argue that Scalia’s approach would finally allow them to build their dream home near Idaho’s Priest Lake — without a costly federal permit.

But conservative justices’ inquiries about the text of the Clean Water Act and practices of prior administrations indicated that the court “is not just reflexively adopting the petitioners’ call for wholesale adoption of the Scalia plurality Rapanos test, or buying the Sacketts’ focus on traditional navigable waters,” said Georgetown University law professor Bill Buzbee in an emailed statement.

He added: “No question indicates the Court’s willingness to basically write wetlands out of the statute.”

In their plea to the nation’s highest bench, the Sacketts asked the justices to bring clarity to the court’s splintered 4-1-4 ruling in Rapanos. The case delivered two competing tests for defining what qualifies as a water of the United States, or WOTUS, that is subject to automatic protection under the Clean Water Act.

With six conservative justices on the bench — including some who look to Scalia as a mentor — legal observers had expected the Sacketts to easily win their case.

But during arguments, the justices largely did not focus on the question of whether Kennedy’s or Scalia’s test should rule Clean Water Act jurisdiction. Rather, they homed in on the definition of an “adjacent” wetland and whether the Sacketts’ property would qualify as one. Even some of the Republican-appointed justices did not appear ready to side with the Sacketts, said Kevin Minoli, former EPA acting general counsel and a partner at the firm Alston & Bird LLP.

“For all the talk about the conservative makeup of the Supreme Court, the Sacketts’ attorney faced a barrage of questions — including from some of the conservative justices — regarding [the] 45-year history of the government concluding that the Clean Water Act covers wetlands that ‘neighbor’ navigable waters,” said Minoli. “How much the difficulty the Sacketts had in responding to those questions will affect the court’s opinion in this case remains to be seen.”

The Sacketts have argued that wetlands on their property are not adjacent to Priest Lake because there is a roadway between the two. That argument contradicts decades-old EPA and Army Corps of Engineers rules.

“Why did seven straight administrations not agree with you?” Kavanaugh asked the Sacketts’ lawyer, Damien Schiff, a senior attorney at the Pacific Legal Foundation, during arguments.

Schiff responded that the Trump administration would have removed the Sacketts’ property from the reach of EPA and the Army Corps of Engineers.

Kavanaugh replied that even the Trump-era Navigable Waters Protection Rule, which offered a definition of WOTUS aligned with Scalia’s test, would have covered a property like the one owned by the Sacketts. The couple’s land was once part of a larger wetland complex but is now separated by a road (Greenwire, Sept. 16).

The justices sparred with Schiff over the definition of “adjacent” wetlands and whether the Sacketts’ property — located only about 300 feet from Priest Lake — qualified, even if it didn’t directly touch the larger water body.

“You would readily say that a train station is adjacent to the tracks,” Roberts said to Schiff.

Both conservative and liberal justices — including the court’s newest member, Ketanji Brown Jackson — expressed skepticism that the Sacketts’ preferred definition of WOTUS was consistent with Congress’ primary purpose in creating the Clean Water Act.

“Isn’t the issue what Congress would have intended?” Jackson asked Schiff in her first question from the nation’s highest bench.

Justice Neil Gorsuch, a member of the court’s conservative wing, appeared concerned about ambiguities in EPA’s approach to enforcing the Clean Water Act — especially with respect to its criminal enforcement provisions.

“Manuals don’t even tell us the answer,” Gorsuch said during a line of questioning for Justice Department attorney Brian Fletcher, who represented EPA in the case.

Jackson followed up: “Is there a process by which a homeowner can ask?”

Fletcher said there was — and that if EPA and the Army Corps determined that they have jurisdiction over a wetland, it wouldn’t preclude a landowner from building. They would just have to obtain a permit, he said. Landowners can also challenge such decisions, Fletcher noted.

“Being covered by the Clean Water Act doesn’t mean no development,” he said.

In his rebuttal, Schiff said that jurisdictional determinations are “expensive.” The Sacketts have said they pay hundreds of thousands of dollars for a permit just to build on a property they bought for $23,000 in 2004.

Earlier in the argument, Fletcher called the Sacketts’ estimate “exaggerated.”

Mark Ryan, a former Clean Water Act attorney for EPA Region 10, said he wouldn’t be surprised if the court delivered a 6-3 win for the federal government.

‘We clearly saw the conservative-liberal divide,” he said.

Even a 5-4 ruling, added Ryan, would mean the court is supportive of EPA’s interpretation of the Clean Water Act and use of the significant nexus test.

Larry Liebesman, a senior adviser at Dawson & Associates, which specializes in water permitting issues, said the majority of the justices appeared to be on EPA’s side on the facts of the specific case and with regard to the question of whether wetlands on the Sacketts’ land were adjacent to a traditionally navigable water.

But Liebesman said the justices were also grappling with what limiting factors exist, what test to endorse to determine WOTUS, and how landowners are to know whether their lands fall under federal jurisdiction and need a permit.

“They were not buying [the Pacific Legal Foundation’s] argument that they needed to have some hydrological connection and a berm would cut off jurisdiction,” he said. “I think where it gets sticky is … where is the limiting principle, where is the test, how are landowners supposed to know?”