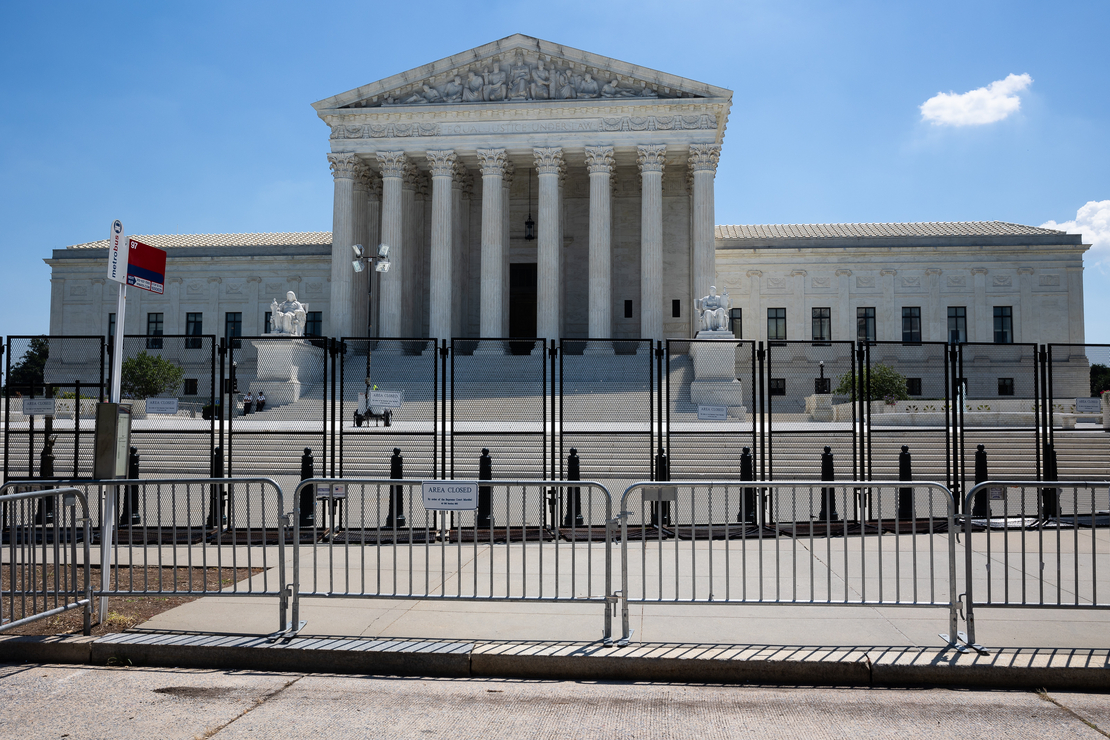 EPA is left with fewer options to curb planet-warming emissions after the Supreme Court today hobbled the agency’s powers in a landmark climate decision.

The court’s 6-3 ruling in West Virginia v. EPA, which breaks down along ideological lines, states that the Clean Air Act did not give the agency authority to craft a broad power plant emissions rule like the Obama-era Clean Power Plan, and the majority — led by Chief Justice John Roberts — applied the regulation-chilling “major questions” doctrine to reach its conclusion.

Roberts wrote that the doctrine “took hold because it refers to an identifiable body of law that has developed over a series of significant cases all addressing a particular and recurring problem: agencies asserting highly consequential power beyond what Congress could reasonably be understood to have granted. Scholars and jurists have recognized the common threads between those decisions.”

He continued: “So have we.”

Justice Elena Kagan, who penned the liberal justices’ dissent, criticized her conservative colleagues’ interpretation of the doctrine. She said the case law on the doctrine demonstrates that it should be used in cases where an agency is clearly operating outside of its lane and where the action at issue would conflict with a “broader design” by Congress.

“But that is not true here,” Kagan wrote. “The Clean Power Plan falls within EPA’s wheelhouse, and it fits perfectly … with all the Clean Air Act’s provisions. That the Plan addresses major issues of public policy does not upend the analysis. Congress wanted EPA to do just that.”

In a concurring opinion, Justice Neil Gorsuch, joined by Samuel Alito, applauded the application of the doctrine.

“When Congress seems slow to solve problems, it may be only natural that those in the Executive Branch might seek to take matters into their own hands,” Gorsuch wrote. “But the Constitution does not authorize agencies to use pen-and-phone regulations as substitutes for laws passed by the people’s representatives.”

Oral argument in West Virginia took place on the same day that the U.N. Intergovernmental Panel on Climate Change issued an alarming report on the impact of gloabl warming — and said governments aren’t doing enough to stop it (Climatewire, March 1).

With its ruling today, the Supreme Court removed one of EPA’s most significant methods of curbing carbon pollution from the power sector, the second-biggest contributor of U.S. greenhouse gas emissions.

West Virginia Attorney General Patrick Morrisey, a Republican, said in a statement this morning celebrating the ruling that the case was about “the separation of powers, not climate change.”

Morrisey said he would continue to oppose other aggressive federal regulations.

“My office will continue to fight for the rights of West Virginians when those in Washington try to go too far in asserting broad powers without the people’s support,” he said.

EPA Administrator Michael Regan said he was “disappointed” by the court’s decision and said he would use all of the agency’s remaining authorities to address climate change.

“As a public health agency, EPA’s number one responsibility is to protect people’s health, especially those who are on the front lines of environmental pollution,” Regan said in a statement. “Make no mistake: we will never waver from that responsibility.”

“There is an extreme and well-funded minority that wants to use this case to push its deregulatory agenda and tie the hands of EPA scientists to fight pollution and to protect air, water and our families from the climate crisis,” said Marie Owens Powell, President of AFGE Council 238, in an emailed statement.

“Let us be clear — this decision is a colossal mistake.”

‘That is the end game’

Major questions claims are cropping up in multiple conservative-driven lawsuits aimed at dismantling the ability of President Joe Biden — and future administrations — from issuing robust regulations on climate, health care and other key issues.

The America First Policy Institute, a nonprofit founded by former Trump administration officials, submitted a friend of the court brief in West Virginia urging the justices to use the case to add new contours to the seldom-used doctrine, which says courts should not defer to agencies on matters of “vast economic and political significance” (Greenwire, April 11).

Justices used the doctrine to strike down the Biden administration’s Covid-19 vaccine-or-test mandate for large employers, which was briefed, argued and decided on an expedited basis.

“The Court has finally given full voice to its long-implicit major questions doctrine,” wrote Jonathan Berry, a partner at Boyden Gray & Associates, who authored the amicus brief. “It’s common sense: the more important something is, the more clearly it will be expressed, especially when it represents a significant departure from the status quo. This ruling is going to ripple over lots of cases, like EPA’s efforts to mandate electric vehicles or [the Securities and Exchange Commission’s] attempts to regulate GHG emissions.”

The major questions doctrine was the focus of a dissent last year by Judge Justin Walker of the U.S. Court of Appeals for the District of Columbia Circuit, who disagreed with his colleagues on their decision to strike down the Trump rule that effectively gutted the Clean Power Plan.

The D.C. Circuit ruling allowed the Biden administration to come up with a brand-new rule, as utilities had already met the Clean Power Plan’s goals — a 32 percent cut in carbon emissions from 2005 levels by 2030 — a decade in advance.

In a move that defied its traditional procedures, the Supreme Court agreed to take up an appeal of the D.C. Circuit ruling filed by West Virginia, coal companies and other Republican-led states.

“The majority had no trouble finding that the question of how the U.S. electricity sector should be structured (and how much electricity should come from coal as opposed to other sources) was a major question,” wrote Jeff Holmstead, a partner at Bracewell and a former EPA air administrator, in a statement.

“Because it is a major question, EPA can make such determinations only if there’s a clear statement that this is what Congress intended,” he continued. “Since there is no such clear statement, EPA does not have this authority.”

In deciding West Virginia today — even though no EPA power plant rule currently exists — the Supreme Court has “essentially rendered an advisory opinion” to stop the government from ever issuing a rule like the Clean Power Plan again, said Robert Percival, head of the University of Maryland law school’s Environmental Law Program.

And Congress is too politically gridlocked to offer an alternative solution, he added.

“The fact that the conservative Justices were so eager to rein in the agency that it took a case involving a defunct regulation has frightening implications for the ability of agencies to effectively protect the public in the future,” Percival wrote in an email.

Sara Colangelo, director of Georgetown Law’s Environmental Law & Justice Clinic, said the West Virginia ruling is a “permanent thumb on the scale” of agency powers of statutory interpretation. Congress “cannot write in crystal clear terms” to anticipate every outcome when crafting laws like the Clean Air Act and Clean Water Act, she said.

“The Court is furthering its march down the major questions doctrine path to circumscribing the administrative state,” Colangelo wrote in an email. “That is the end game.”

While the Supreme Court ruling crimped the Biden administration’s options for addressing climate change, the White House said today that it would continue to use all tools at its disposal to combat emissions.

As part of Biden’s plan to tackle planet-warming emissions, he has set a goal of making electricity generation carbon-free by 2035.

“This is another devastating decision from the Court that aims to take our country backwards,” a White House official said in a statement. “While the Court’s decision risks damaging our ability to keep our air clean and combat climate change, President Biden will not relent in using the authorities that he has under law to protect public health and tackle the climate change crisis.”

Legal observers have also noted that the power sector has already met the Clean Power Plan’s goals, even though the rule — which the Supreme Court in 2016 froze through its emergency or “shadow” docket — never officially took effect.

At the close of the majority opinion, Roberts wrote that it may be necessary to cap carbon emissions at a level that requires the power sector to shift away from coal — as the Clean Power Plan did — but that “it is not plausible” that Congress authorized EPA to craft such a regulatory scheme under Section 111(d) of the Clean Air Act.

“A decision of such magnitude and consequence rests with Congress itself, or an agency acting pursuant to a clear delegation from that representative body,” Roberts wrote.

“If you take the court at its word,” she said, “that still leaves a lot that EPA can do.”