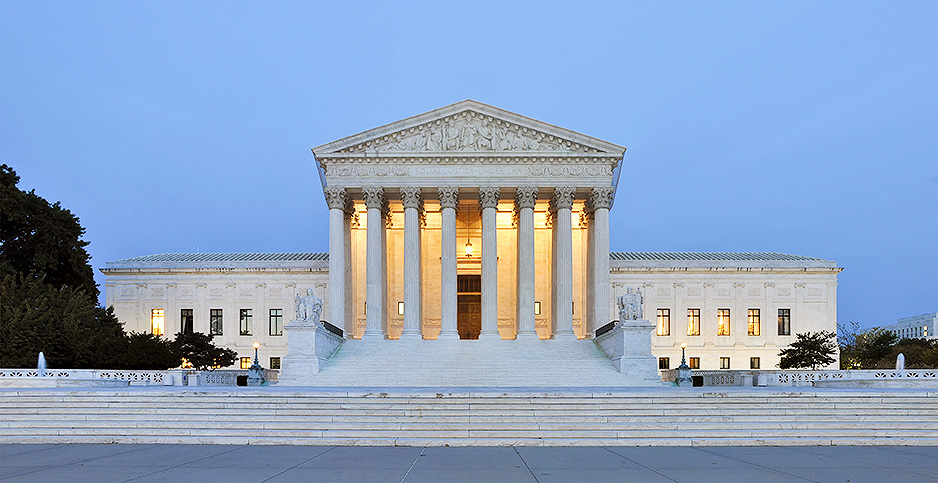 Court watchers have their eyes on three types of cases: the ones already argued, a few on deck this spring and petitions the high court hasn’t yet decided to review.

"They’re kind of all over the map with respect to environmental law," said University of Maryland law professor Robert Percival.

The Supreme Court is expected to resolve the others in the next few months in what will be Justice Brett Kavanaugh’s first big chances to influence environmental issues from the high court’s bench.

"What’s the impact of Justice Kavanaugh replacing Justice [Anthony] Kennedy? Before he was confirmed, you could say we had a 4-4 split with respect to justices sympathetic towards environmental regulation and those skeptical of it," Percival said. "Now, I think it’s fair to say that the balance shifts in favor of justices that are skeptical of it."

What’s on the docket?

Kisor v. Wilkie: The biggest administrative law case set for arguments this spring is a fight over agency deference standards. The dispute involves veterans’ benefits but centers on a broader question of whether the Supreme Court should overrule what’s known as Auer deference, which directs judges to defer to an agency’s reasonable interpretation of its own ambiguous regulation. If the Supreme Court overrules the standard, experts expect judges to apply more scrutiny to certain agency actions, and they expect federal agencies to start writing clearer regulations. Arguments are March 27.

Washington State Department of Licensing v. Cougar Den Inc.: A state gasoline tax and tribal treaty rights are head-to-head in this dispute. Washington state wants businesses to pay up when transporting fuel across state lines, but the company involved says it’s exempt from the gas tax because of treaty language giving the Yakama Nation access to public highways.

Sturgeon v. Frost: An unusual case involving a hovercraft-riding moose hunter in Alaska returned to the Supreme Court this term after first being considered a few years ago. The litigation involves public lands, water rights and constitutional questions. The justices’ final ruling could have impacts in Alaska and beyond.

Virginia Uranium Inc. v. Warren: Another environmental case from the fall has an important federalism connection, as a Virginia firm fights for the right to produce uranium in the state. The state has long prohibited the process, but the company and the Trump administration say the mining ban treads on the federal government’s turf.

Thacker v. TVA: A test of the Tennessee Valley Authority’s legal immunity has yet to be resolved. This case stems from a lawsuit over personal injuries sustained during maintenance work by the federally owned electric utility. The court is still weighing whether and in what cases TVA can be sued in the course of its commercial activities.

County of Maui v. Hawai’i Wildlife Fund and Kinder Morgan Energy Partners LP v. Upstate Forever: The Supreme Court is considering whether to take up a major Clean Water Act debate involving whether the law applies to pollution that moves through groundwater before reaching a waterway subject to federal oversight.

Atlantic Richfield v. Christian: A fight over a Superfund site in Montana could also land on the court’s docket. The case involves whether property owners can bring common law claims for restoration of a site after EPA has already approved cleanup efforts. The Supreme Court asked the Trump administration to file a brief expressing its views.

Adorers of the Blood of Christ v. Federal Energy Regulatory Commission: Catholic nuns are asking the high court to take up their challenge to a natural gas pipeline in Pennsylvania. They say the pipeline’s route across their land violates their religious freedom rights.