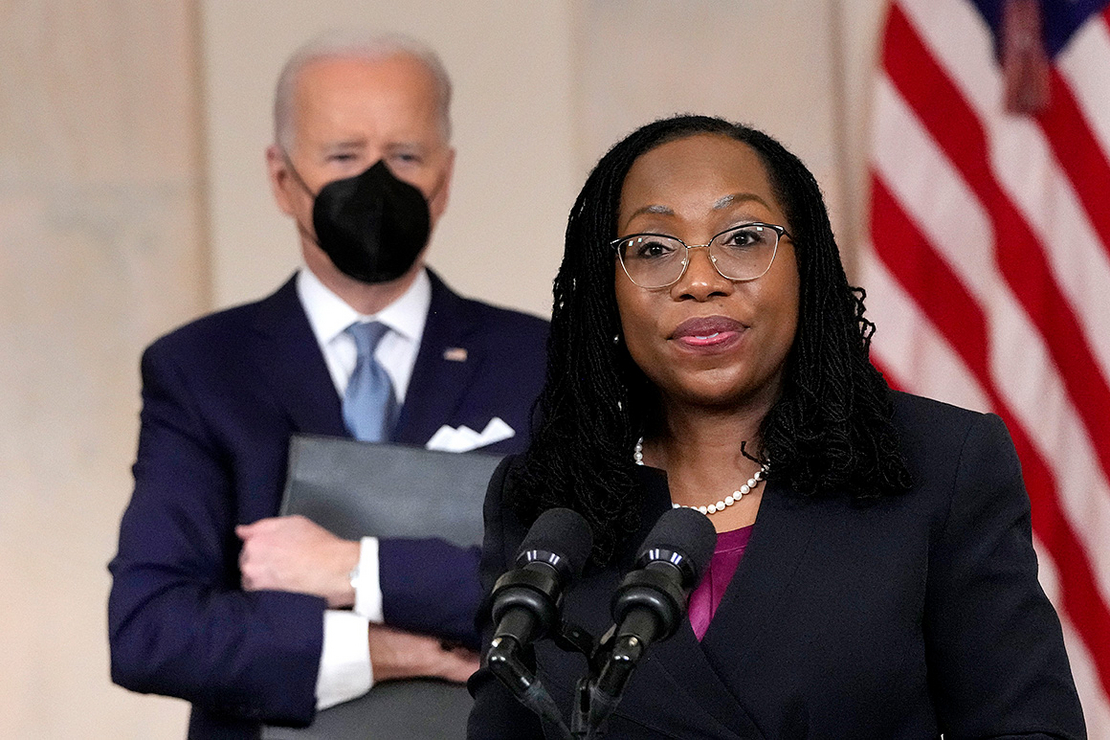 Supreme Court nominee Ketanji Brown Jackson is expected to begin meeting with senators this week as she gears up for her Senate Judiciary Committee confirmation hearings.

Senate Majority Leader Chuck Schumer (D-N.Y.) praised Jackson, a federal circuit judge who was nominated Friday, as a “highly qualified” pick and promised a “fair, expeditious and timely” confirmation process. He said Senate Judiciary hearings would be held in the coming weeks and then he would immediately move her nomination to the Senate floor.

“We are going to get this done,” said Schumer, who added that the recent absence of Sen. Ben Ray Luján (D-N.M.), who is recovering from a stroke, should not “stand in the way of us moving quickly.” Luján recently returned to Washington for rehab and has said he would be ready to vote on a court nominee.

President Biden has called for the Senate to confirm Jackson within 40 days, a timeline that would follow norms for past nominees. If that’s adhered to, the Senate would likely vote on her nomination before leaving for its two-week, spring recess in mid-April (E&E News PM, Feb. 25).

Democrats may have to confirm her without much, if any, Republican support.

Senate Minority Leader Mitch McConnell (R-Ky.) called for a thorough review of Jackson’s record and was quick to note he had not supported her for her current judicial post. He called her the “favored choice of far-left, dark-money groups that have spent years attacking the legitimacy and structure of the court itself.”

McConnell’s comments suggest he’s laying out a case Senate Republicans could use to oppose her.

Even if Jackson doesn’t win any GOP votes, Democrats can use their razor-thin, 50-50 Senate majority — with Vice President Kamala Harris as the tie-breaking vote — to secure Jackson’s confirmation.

Senate Democrats last week mostly praised the pick — Jackson currently sits on the U.S. Court of Appeals for the District of Columbia Circuit — and said they were eager to meet her and more closely review her record.

Senate Energy and Natural Resources Chair Joe Manchin of West Virginia, a moderate Democrat and a potential swing vote, offered a more muted response and did not praise the pick. Instead, Manchin said, “I look forward to meeting with Judge Jackson before determining whether to provide my consent.”

Three Republicans, Sens. Lindsey Graham of South Carolina, Susan Collins of Maine and Lisa Murkowski of Alaska, who backed her appeals court nomination, have yet to say whether they would favor her for the high court.

Graham may have tipped his hand on Twitter when he said that her selection for the Supreme Court “means the radical Left has won President Biden over yet again.”

Murkowski, in a statement, said “that previously voting to confirm an individual to a lower court does not signal how I will vote for a Supreme Court Justice.”

Jackson has already drawn support from several environmental groups, including the League of Conservation Voters, the National Resources Defense Council, and Evergreen Action. Jackson has a lengthy record of ruling on complex energy and environmental issues (Greenwire, Feb. 25).

She would be the first Black women to serve on the high court, replacing retiring Justice Stephen Breyer.