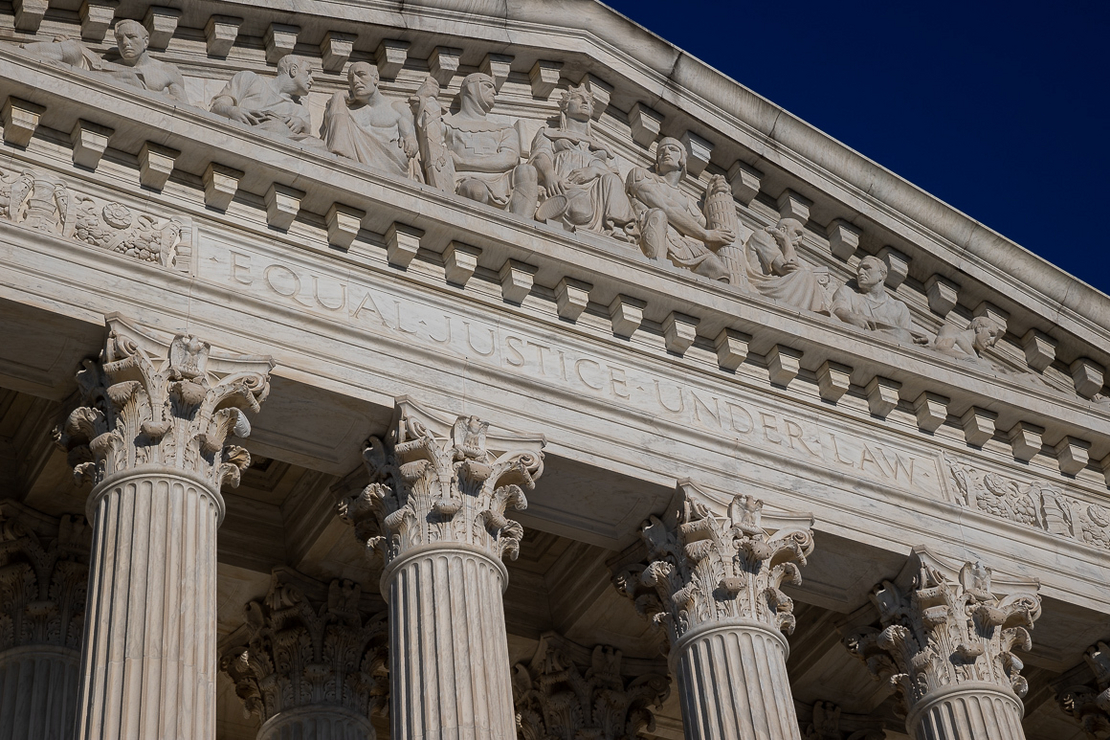 The Supreme Court yesterday agreed to narrow the scope of its landmark ruling that recognized nearly half of Oklahoma as Indian Country.

The case, Oklahoma v. Castro-Huerta, focused on criminal jurisdiction in the state after the Supreme Court ruled in 2020 that about 19 million acres of eastern Oklahoma was tribal land of the Muscogee (Creek), Cherokee, Chickasaw, Choctaw and Seminole nations — a decision that has already affected coal oversight in the Sooner State.

In a 5-4 decision yesterday led by Justice Brett Kavanaugh, the court walked back the reach of its ruling in McGirt v. Oklahoma and toppled much older court precedent, finding that the federal government and state had concurrent jurisdiction to prosecute crimes committed by non-Native Americans against tribal members on reservation land (Energywire, April 28).

“Indian country is part of the State, not separate from the State,” Kavanaugh wrote in an opinion joined by Chief Justice John Roberts, along with Justices Samuel Alito, Clarence Thomas and Amy Coney Barrett.

Barrett arrived at the court after the McGirt decision, which was a 5-4 ruling that opponents had hoped could be overturned after another conservative justice joined the bench and shifted its ideological balance.

Kavanaugh added in his opinion that Supreme Court precedent does say federal law may preempt state jurisdiction in some instances.

“But otherwise, as a matter of state sovereignty, a State has jurisdiction over all of its territory, including Indian country,” he wrote.

Castro-Huerta affirms Oklahoma’s authority after the justices ruled in McGirt that the state did not have jurisdiction to prosecute a sex abuse crime committed by a Native American against a member of the Creek Nation on reservation land.

Gorsuch warned that Castro-Huerta undoes nearly 200 years of Supreme Court precedent dating back to the 1832 case Worcester v. Georgia, which established that Native American tribes have sovereignty “unless and until Congress ordains otherwise.”

That ruling determined that states did not have inherent criminal jurisdiction over tribal land, he said, noting later that the power to punish crimes is one of the most important attributes of sovereignty.

“Where this Court once stood firm,” Gorsuch wrote, “today it wilts.”

Castro-Huerta “comes as if by oracle, without any sense of the history recounted above and unattached to any colorable legal authority,” Gorsuch said.

“Truly,” he continued, “a more ahistorical and mistaken statement of Indian law would be hard to fathom.”

In the two years since it was decided, McGirt has had ripple effects on energy regulation in Oklahoma.

After the court issued its ruling in 2020, the Interior Department claimed control over coal operations on the lands the justices had recognized as belonging to tribes, and a federal judge last year reluctantly rejected Oklahoma’s attempt to take back that authority (E&E News PM, Dec. 22, 2021).

The oil and gas industry had warned of even broader effects on energy regulation. In a “friend of the court” brief in the McGirt case, the Oklahoma Independent Petroleum Association, which has since merged with another group to form the Petroleum Alliance of Oklahoma, listed potential impacts on taxation, tribal land use regulations, and the “alienability” of oil and gas leases (Greenwire, Dec. 16, 2019).

“This will be cited in many cases going forward where states are going to try and exert more power beyond criminal jurisdiction, including in the civil and environmental realm,” Reese said in an email.

But since Castro-Huerta focused on criminal jurisdiction, the status quo for civil jurisdiction — including environmental regulation — will remain in place for the time being, she said.

Following the McGirt ruling, Oklahoma Attorney General John O’Connor, a Republican, had submitted about three dozen petitions related to the state’s loss of criminal jurisdiction in neglect and abuse cases, urging the Supreme Court to either revisit McGirt or strike it entirely.

He had argued that federal prosecutors failed to keep pace with the influx of felony referrals in eastern Oklahoma in the aftermath of the ruling.

The justices declined to reconsider McGirt directly, even as they agreed to review the case of Victor Manuel Castro-Huerta, a non-Native American. Citing McGirt, the Oklahoma Court of Criminal Appeals had vacated Castro-Huerta’s conviction of severe neglect of his stepdaughter, an enrolled member of the Eastern Band of Cherokee Indians.

Following Castro-Huerta, O’Connor lauded the high court for taking action to reverse what he called the “lawlessness” in his state resulting from the earlier McGirt ruling.

“This decision significantly limits the impact of McGirt,” said O’Connor in a statement.

“While we have a long road ahead of us to fix all the harms our State has experienced as a consequence of McGirt,” he continued, “this is an important first step to restoring law and order in our great State.”