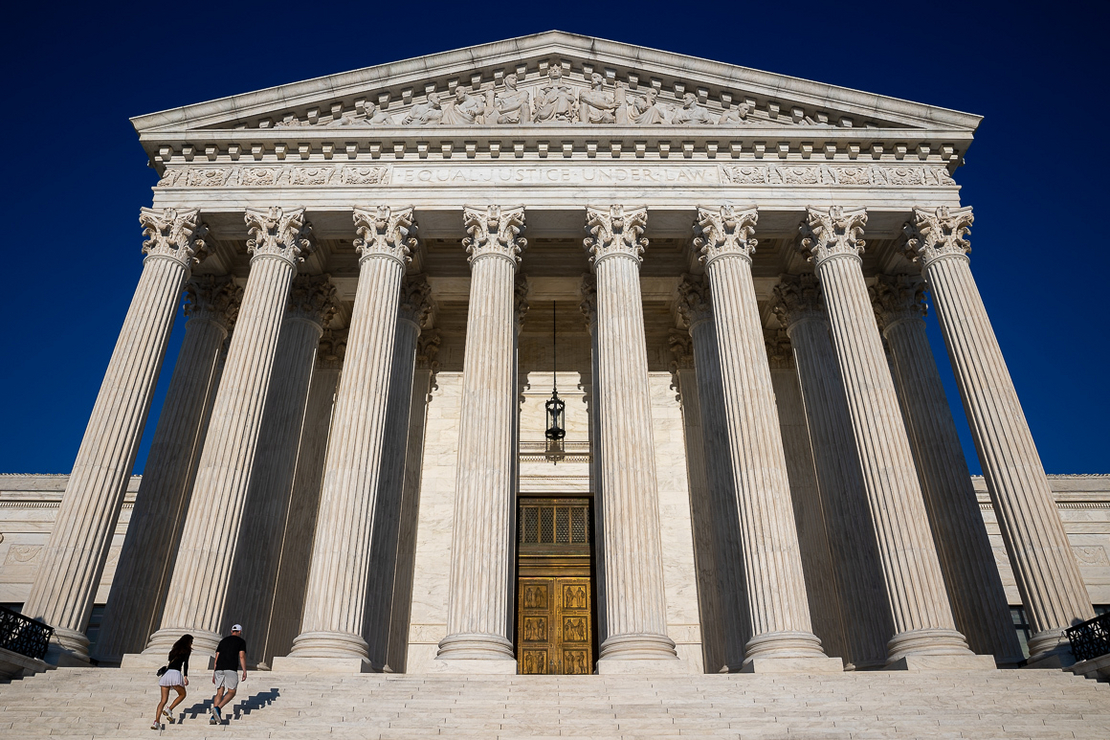 Writing the opinion in United States v. Washington, Justice Stephen Breyer found that the 2018 law, H.B. 1723, discriminated against the U.S. government in violation of constitutional immunity protections because it applied only to federal workers at one facility in the state.

The Supreme Court ruling reverses a 2020 decision from the 9th U.S. Circuit Court of Appeals that had upheld Washington’s law. In the opinion yesterday, Breyer warned of the broader implications of allowing Washington to impose “unduly high costs” on the federal government to benefit citizens of the state.

“[I]f discrimination is permissible here,” Breyer wrote, “what prevents Washington from bestowing a windfall upon its residents through an especially generous workers’ compensation scheme financed exclusively by the Federal Government?”

Washington voters would not object to such a plan, he continued.

“The nondiscrimination principle provides a political check on the State’s ability to impose such laws by ensuring that the State’s own citizens shoulder at least some of the costs,” Breyer wrote.

The Department of Energy had opposed Washington’s H.B. 1723, which presumed that current and former federal contract workers at the Hanford Site who developed certain illnesses were eligible for compensation benefits.

The massive site had produced two-thirds of the nation’s weapons-grade plutonium during World War II and the Cold War before it was decommissioned in 1989. Cleanup of the site’s radioactive and chemically hazardous waste — including beryllium and dimethyl mercury — is expected to continue for the next six decades, according to DOE (Energywire, March 22).

Radiation exposures have been linked to cancer, and inhalation of fine beryllium particles can lead to sensitivity and disease.

Washington’s 2018 law was intended to increase access to benefits for contractors who were exposed to radiation and toxic chemicals on the job but who under the prior system may not have been able to provide sufficient documentation to prove workplace harm.

Breyer agreed with DOE’s argument that the law would impose costs on the federal government and violated constitutional protections shielding the U.S. government from being subject to state laws. Washington’s law explicitly treated federal workers differently than state or private workers and imposed costs on the U.S. government that it did not on state and private entities, in violation of the Constitution’s supremacy clause, Breyer said.

But the Supreme Court found the waiver did not “clearly and unambiguously” authorize a “discriminatory law” singling out the federal government for unfavorable treatment.

“One can reasonably read the statute as containing a narrower waiver of immunity, namely, as only authorizing a State to extend its generally applicable state workers’ compensation laws to federal lands and projects within the State,” Breyer wrote.

The Supreme Court also rejected a bid by Washington to have the case thrown out entirely following the passage of a broader state workers’ compensation law this year. After DOE filed its Supreme Court petition, Washington Gov. Jay Inslee, a Democrat, signed S.B. 5890, which extended the benefits to federal contract workers at all nuclear waste sites in the state.

Breyer had suggested during oral arguments in April that the two state laws might not fully overlap, since the 2018 measure had defined its scope based on a geographical area spanning hundreds of miles, while the new law said it applied to workers at structures and lands of the nuclear waste sites.

He posed a hypothetical scenario in which workers might be tasked with clearing muskrat nests from a river that is not near any structures and asked what would happen to the benefits for those workers where a specific law likely doesn’t apply to them (Energywire, April 19).

In his opinion yesterday, Breyer rejected Washington’s argument that the case was moot, saying it wasn’t the high court’s practice to interpret statutes “in the first instance.” It isn’t clear at this point whether Washington courts will agree with state officials that the new law is broad enough to cover claims made under the previous legislation, Breyer said.

“It is thus not impossible for the United States to recover money if the Court rules in its favor, and the case is not moot,” he wrote.

The new law, S.B. 5890, remains in place and will ensure that workers at sites like Hanford will receive compensation for health issues they have developed because of their work, Ferguson said in a statement.

“Hanford workers, and all others working with dangerous radioactive waste, remain protected,” Ferguson said. “The federal government has not challenged this new law. If they do, we will defend these protections all the way back up to the Supreme Court again if we have to. As long as I’m Attorney General, I will fight for Hanford workers.”

“I will be working with AG Bob Ferguson, Senator Keiser and Hanford labor unions to ensure that we have no gap in medical and financial coverage for workers who are ill,” said Pollet.

The Justice Department declined to comment on the Supreme Court’s ruling.