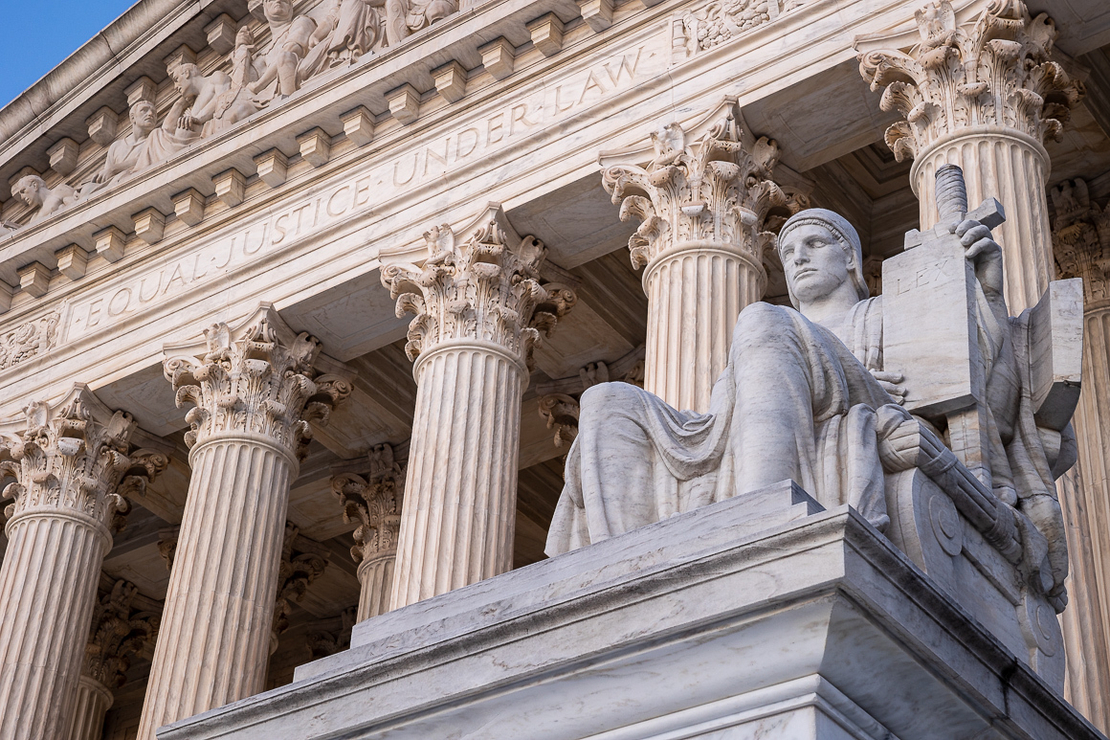 The nation’s highest bench today struck down an unusual attempt by Mississippi to claim sole ownership of the groundwater in an aquifer that straddles the Tennessee border.

In a unanimous ruling issued this morning, the Supreme Court rejected Mississippi’s argument and sent the state back to the drawing board if it wishes to make a fresh claim for an equitable division of a subunit of the Middle Claiborne Aquifer.

“Mississippi contends that it has sovereign ownership of all groundwater beneath its surface, so equitable apportionment ought not apply,” wrote Chief Justice John Roberts, who led the opinion. “We see things differently.”

The court was widely expected to strike down Mississippi’s case, which is one of several interstate water battles that has made its way to the justices in recent years.

Typically, the Supreme Court applies the doctrine of equitable apportionment to fairly divide river flows between upstream and downstream states.

Mississippi argued that equitable apportionment should not apply in its case because groundwater has different properties than river flows and because Tennessee’s Memphis Light, Gas and Water Division had already sucked up the aquifer’s water before there was a chance to fairly divide it.

The Magnolia State sought at least $615 million in damages on the grounds that the Memphis utility’s use of the aquifer had deprived Mississippi of the chance to fully develop the resource.

Cones of depression, or drawdowns of the aquifer’s water resulting from Tennessee’s use, have made it much more expensive to pump water, Mississippi argued.

Last year, the “special master” assigned by the Supreme Court to oversee the states’ dispute found that Mississippi had offered “no compelling reason” for claiming sole ownership of the aquifer and gave the state a chance to amend its complaint.

Mississippi declined and asked the Supreme Court to get involved instead.

“The result in Mississippi v. Tennessee is no great surprise, and the fact that the Court issued a unanimous opinion in less than two months emphasizes how wrongheaded Mississippi’s argument really was,” wrote Robin Craig, a law professor at the University of Southern California, in an email this morning.

David Frederick, a partner at Kellogg Hansen Todd Figel & Frederick PLLC who argued the case on behalf of Tennessee. called the ruling an "important victory" for the state that shows "fairness and sharing of resources should dictate how states interact with each other over these resources."

Attorneys for the city of Memphis and the Memphis Light, Gas & Water Division said their clients are "extremely pleased" with the Supreme Court’s ruling.

"The decision confirms the position we have advocated since 2005 when Mississippi first filed suit in the United States District Court in Mississippi," wrote David Bearman, shareholder at the firm Baker, Donelson, Bearman, Caldwell & Berkowitz PC, in an emailed statement. "It is also consistent with more than a century of Supreme Court precedents and charts a sound path for interstate groundwater disputes going forward."

Susannah Williams, a spokesperson for Mississippi Attorney General Lynn Fitch (R), said: "We respect the decision of the court."

Roberts did leave open the possibility that Mississippi could pursue an equitable apportionment claim against Tennessee and offered some guidelines for doing so. But the court dismissed the case without leave to amend, meaning Mississippi cannot simply go back and alter its original complaint against Tennessee.

While the state had attempted to preserve the option to amend during oral argument, Roberts wrote today that Mississippi had not sought out that option in briefing or offered a proposed equitable apportionment complaint.

“Mississippi will have to start all over if it wants an equitable apportionment — but it will have a hard time proving sufficient injury,” Craig said.

Mississippi’s case is one of many recent water wars in which the Supreme Court has exercised its original jurisdiction to decide disputes between states.

More such cases are expected to arrive at the Supreme Court as climate change diminishes water supplies (Greenwire, May 6).