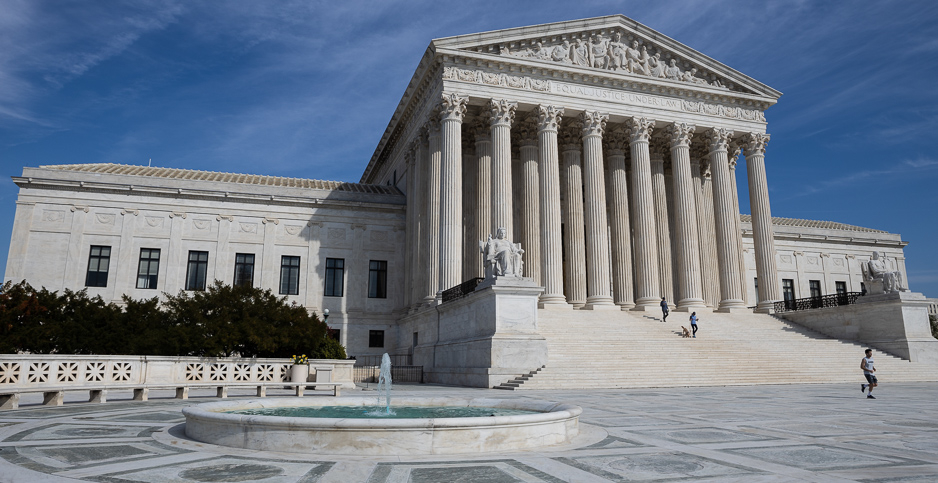 The Supreme Court’s complicated ruling this morning in a major Superfund case could let the owner of one of the oldest and largest cleanup sites in the country off the hook for extra remediation but leaves the door open for similar claims in the future.

The justices determined this morning that property owners living within the 300-square-mile area around the now-defunct Anaconda Co. copper processing site near Opportunity, Mont., must first check with EPA before they pursue restoration beyond federal plans under the Comprehensive Environmental Response, Compensation and Liability Act (CERCLA) (Greenwire, April 20).

"The Court’s decision is moderate, but definitely not the outright victory sought by Atlantic Richfield and its allies," said University of Maryland law professor and CERCLA expert Rena Steinzor.

Ahead of oral arguments in Atlantic Richfield v. Christian, Steinzor and other legal experts feared the case would have dramatic effects for environmental cleanups nationwide.

After oral arguments, however, the justices appeared poised to reach a narrower ruling focused on whether the landowners were "potentially responsible parties," or PRPs, under CERCLA (Greenwire, Dec. 3, 2019).

Morrison & Foerster partner Joseph Palmore argued before the court that the nearly 100 landowners in the case were not PRPs and pushed back against readings of the statute that barred his clients from pursuing $58 million to fund the cleanup of lead and arsenic pollution on their properties.

Lisa Blatt, a partner at the law firm Williams & Connolly LLP, argued on behalf of Atlantic Richfield, a BP PLC subsidiary, that the landowners’ requested cleanup directly conflicted with EPA’s plans and the agency would never give its blessing.

Justice Department attorney Christopher Michel said during arguments that the agency "stands ready to listen" to landowner proposals but — from what the government has seen from the litigation — EPA would not greenlight their plan.

"But we’re not saying never," he added.

Palmore said his clients were pleased with the court’s decision.

"We look forward to working with the EPA toward a cleanup that will protect the environment and safeguard the health and property of the residents of Opportunity," he said.

EPA said it is reviewing the decision.

EPA could decide to approve some of the landowners’ proposals that would not increase the spread of pollution on the site, said Lewis & Clark Law professor Craig Johnston.

"The nice thing is the court left the door open, in my view, to further discussion of those issues with the idea that it can only move forward if EPA approves these things in advance," he said.

The precedential point, he continued, "is that EPA is in charge once EPA gets involved."

"The opinion preserves the sanctity and integrity of the Superfund process by holding that the group of landowners living within a Superfund site must seek EPA approval before pursing restoration damages that exceed the government’s cleanup plan under CERCLA," he said.

Blumenthal highlighted Chief Justice John Roberts’ finding for the majority opinion that the decision promotes "careful development of a single EPA-led cleanup effort rather than tens of thousands of competing individual ones."

The Supreme Court’s decision today sent the Atlantic Richfield case back to the Montana Supreme Court for reconsideration of the dispute in light of the landowners’ newly defined roles as PRPs.

All the justices agreed that the Supreme Court had jurisdiction to review the Montana court’s decision and that CERCLA did not completely strip the state bench from its role in the lawsuit. But two of the court’s members said they were convinced the Montana court erred when it determined the landowners were not PRPs.

Justice Samuel Alito wrote in his concurrence and dissent that the Montana Supreme Court could handle next steps in a couple of different ways.

"As I understand the Court’s opinion, the Montana Supreme Court has two options on remand: (1) enter a stay to allow the landowners to seek EPA approval or (2) enter judgment against the landowners on their restoration damages claim without prejudice to their ability to refile if they obtain EPA approval," he wrote.

"Either way, the case cannot proceed without the EPA’s blessing."

Alito reiterated that EPA has already highlighted problems with the landowners’ plans.

He stopped short of endorsing the majority’s finding that state courts can entertain some challenges to EPA plans under CERCLA.

Justice Neil Gorsuch wrote in his concurrence and dissent, which Justice Clarence Thomas joined, that he could not stand behind an opinion that changes CERCLA from a supplement to state environmental restoration to a prohibition.

"Along the way, it strips away ancient common law rights from innocent landowners and forces them to suffer toxic waste in their backyards, playgrounds, and farms," Gorsuch wrote. "Respectfully, that is not what the law was written to do; that is what it was written to prevent."