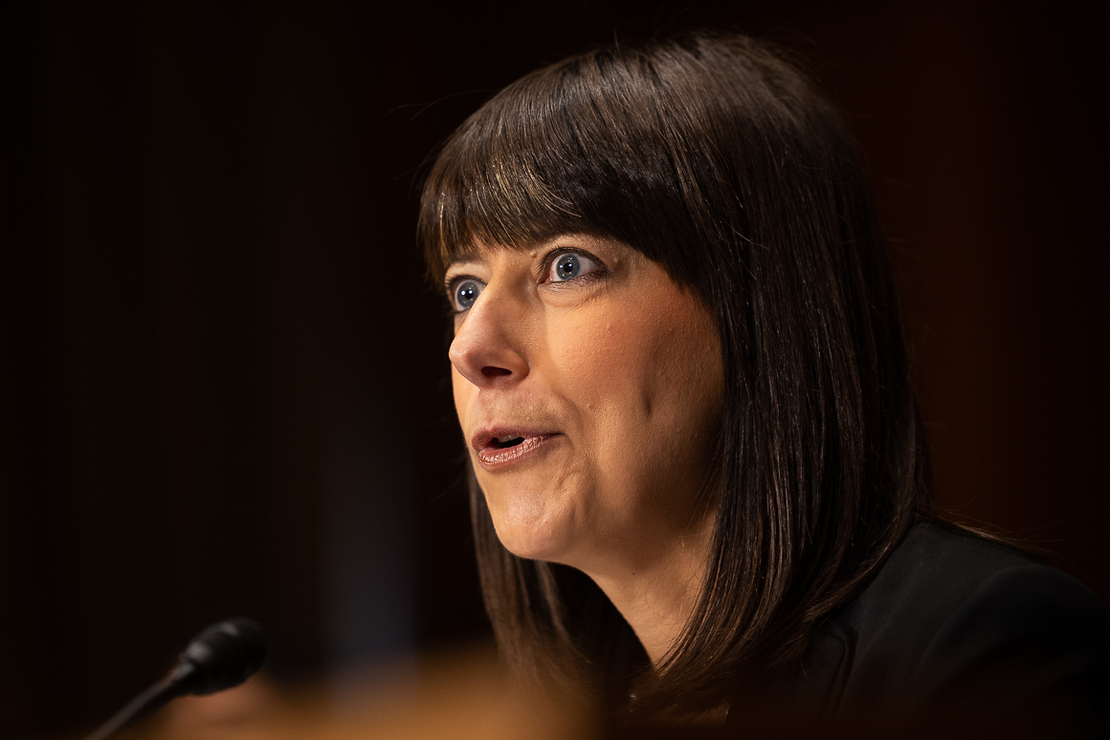 In a one-sentence, unsigned opinion yesterday, the Supreme Court disposed of a legal fight related to the Biden administration’s change of course on a Trump-era rule that made it harder for immigrants to obtain green cards.

Some lawmakers and legal observers have urged the justices to bestow the same fate on the West Virginia v. EPA battle over a climate regulation that — after two administration changes, years of legal wrangling and a transformation of the power sector — does not currently exist.

“The writ of certiorari is dismissed as improvidently granted,” the Supreme Court wrote in its opinion yesterday in Arizona v. City and County of San Francisco, tossing out the battle over the Department of Homeland Security’s 2019 “public charge” rule.

At issue in Arizona — which was granted by the Supreme Court in October and argued in February — was whether 13 state petitioners that supported the Trump rule could intervene in litigation over the regulation after President Joe Biden took office and changed DHS’ approach.

The Supreme Court dismissed Arizona as improvidently granted in a rarely executed move sometimes known as a DIG, finding that it should not have gotten involved in the first place.

During oral argument in the EPA climate case, Solicitor General Elizabeth Prelogar urged the Supreme Court to do the same with West Virginia — a point that was met with some pushback, including from Justice Stephen Breyer, a member of the court’s liberal wing.

West Virginia could be decided as soon as next week.

A broad ruling against EPA could dismantle the agency’s regulatory authority and has the potential to ripple across the rest of the federal government (Climatewire, June 13).

“As the U.S. Solicitor General explained, there’s currently no regulation in place that puts costs on any petitioner,” said Dena Adler, a research scholar at the Institute for Policy Integrity at New York University School of Law, after the Feb. 28 argument in West Virginia (Climatewire, March 1). “The Clean Power Plan did not spring to life after the most recent decision in this case. Given the absence of any current regulation, it would make sense to dismiss the case as improvidently granted.”

West Virginia arrived before the nation’s highest bench last year after the U.S. Court of Appeals for the District of Columbia Circuit struck down the Trump administration rule that gutted the Obama-era Clean Power Plan.

The D.C. Circuit decision came one day before Biden took office, and his EPA said it would write a fresh rule to curb power plant emissions as the utility sector had met the Clean Power Plan’s goals more than a decade in advance, even though the regulation never took effect.

Republican-led states and coal companies petitioned the Supreme Court to hear their plea to stop EPA from imposing systemwide emissions requirements on power producers, and the justices, who reject nearly all petitions that come their way, agreed.

Their decision shocked legal observers, who largely agreed that the move was the direct result of the court’s recent shift from a 5-4 to a 6-3 conservative majority.

Large investor-owned utilities — some of the very companies that would be subject to EPA’s rule — have urged the Supreme Court to hand back a decision favorable to the agency.

Other parties have called on the justices to reach no decision at all.

“At this time, EPA is not regulating CO2 from existing coal-fired power plants at all,” four prominent Democratic lawmakers wrote in a Jan. 24 amicus brief. “The Court does not have the authority to review future, potential, or hypothetical administrative regulations.”

The lawmakers — Sens. Sheldon Whitehouse of Rhode Island, Richard Blumenthal of Connecticut, Bernie Sanders of Vermont and Elizabeth Warren of Massachusetts — said any decision the justices reach on the merits of West Virginia would be a “usurpation of power” in violation of the Constitution.

In a separate amicus brief, 192 House and Senate lawmakers cited the filing led by Whitehouse, saying they “share these concerns and hereby endorse the view that this case should be dismissed as having been improvidently granted.”

Case Western Reserve University law professor Jonathan Adler said a DIG in West Virginia could preclude future challenges by the red state and coal company petitioners, whereas a dismissal paired with a reversal of the D.C. Circuit decision would not.

Loyola University law professor Karen Sokol said that while she would like to see a DIG in West Virginia, she is “practically certain” the Supreme Court will not go that route.

“I believe there are a majority of justices who want to limit agency authority generally, and they’re particularly interested in doing so when it comes to climate and the fossil fuel industry,” she wrote in an email. “Tragically, I think it’s just a question of the extent to which they limit agency authority in West Virginia v. EPA and concomitantly arrogate a tremendous amount of power to themselves.”

While yesterday’s DIG in Arizona did not resolve the question of the legality of DHS’ about-face on the public charge rule, Chief Justice John Roberts penned a concurring opinion that warned the Biden administration to follow proper procedure when making regulatory changes.

He specifically admonished Biden officials for treating a federal district court order in separate but related litigation as the basis to immediately repeal the Trump rule, which penalized immigrants who rely on public assistance.

“This allowed the Government to circumvent the usual and important requirement, under the Administrative Procedure Act, that a regulation originally promulgated using notice and comment (as the Public Charge Rule was) may only be repealed through notice and comment,” Roberts wrote.

Roberts has served as an APA watchdog, including in two prominent Supreme Court cases that rebuked the Trump administration for failing to follow administrative law principles in adding a citizenship question to the census and ending the Deferred Action for Childhood Arrivals, or DACA, immigration program (Greenwire, June 18, 2020).

In the DACA case, the four justices, who then comprised the court’s liberal wing, joined Roberts.

Roberts wrote that a “mare’s nest” of APA issues could complicate the court’s answer to the intervention question that was the focus of the Arizona case.

“I therefore concur in the Court’s dismissal of the writ of certiorari as improvidently granted,” he wrote. “But that resolution should not be taken as reflective of a view on any of the foregoing issues, or on the appropriate resolution of other litigation, pending or future, related to the 2019 Public Charge Rule, its repeal, or its replacement by a new rule.”

“By the same logic,” she wrote in an email today, “it would also make sense to dismiss West Virginia v. EPA as improvidently granted.”