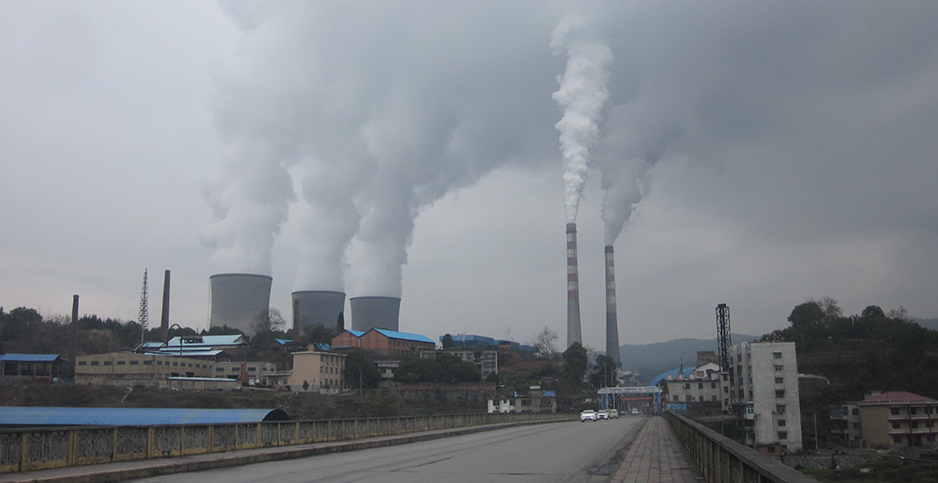 It could be happening again.

China permitted more new coal-fired power plants in March than it did in all of 2019. The new permits come on the heels of an uptick in coal plant construction last year — reversing a two-year slowdown in China’s coal expansion.

The build-out has immense stakes for the planet. China consumes more than half the world’s coal. Today, it has almost as much new coal generation in planning or construction (206 gigawatts) as the United States has in operation (235 GW at the end of 2019).

"China’s coal plant build-out could single-handedly undermine the reductions in coal power use that the IPCC [Intergovernmental Panel on Climate Change] has said are necessary to keep warming below 2C, even if the rest of the world phased out coal power by 2030," she wrote in an email.

Plans for new coal plants come as China prepares its next five-year plan, which governs economic development, and as Beijing plots its recovery from the novel coronavirus. China’s greenhouse gas emissions dropped by 25% in February, but they’ve since returned to normal levels as the country’s economy rebounds from lockdowns designed to prevent the virus’s spread.

When China faced economic turmoil a decade ago, the government pumped massive amounts of stimulus into the economy, with state-owned enterprises spending large sums of money to offset a collapse in exports.

That, in turn, sent emissions soaring. In 2010, China’s carbon dioxide output increased by 10.4%, according to the Global Carbon Project — helping fuel a global emissions spike of 5.9%. The increase, which was also driven by the United States, Europe and India, represented the largest year-over-year increase in global CO2 emissions.

The question now is whether that story repeats itself. A few factors could make 2020 different from the last time.

China recently has sought to shift away from its industry-fueled form of economic growth in favor of a more consumer-centric mode, a move that would make its economy less CO2-intense.

The country also has added more renewables and electric vehicles in recent years, helping to moderate its emissions. And it has seen its growth in emissions slow. China’s emissions were up 0.8% in 2019, according to the Global Carbon Project, though some of that was likely attributable to slower economic growth.

A recent paper in Nature Communications by researchers at Stony Brook University and Lawrence Berkeley National Laboratory suggested that China could generate 62% of its electricity from non-fossil sources by 2030. They estimated that the move would lower power bills by 11%.

"Coal had been the default fuel that drives China’s economic growth, and renewables are now the new reality. The fast decrease in the cost of solar, wind and storage, and technological innovation has fundamentally changed the economics of renewables," said Gang He, a professor of technology and society at Stony Brook and a co-author of the study. "Our analysis shows that such a fast decarbonization and clean power transition is both technically feasible and economically beneficial."

China has sought to burnish its progress internationally. Huang Runqiu, head of its Ministry of Ecology and Environment, noted in an announcement marking World Environment Day last week that the country reduced the carbon intensity of its economy by 4.1% in 2019. China pledged to cut carbon dioxide emissions per unit of gross domestic product by 40% to 45% between 2005 and 2020 as part of the Paris Agreement.

"In the 14th Five-Year Plan period, we will continue to improve ecological and environmental quality by reducing pollutant emissions, while vigorously promoting ecological protection and restoration," said Huang in comments reported by Xinhua, the state-run news agency.

China nevertheless continues to exhibit some of its old habits. Even as the central government has moved to slow construction of new coal plants in recent years, local governments continue to favor the massive power generators as tools for economic development.

They are hardly alone. Japan is pursuing a coal build-out to replace its fleet of nuclear reactors. Germany recently opened a new coal plant, a move that contrasts to the wider European exodus from the fuel. And India has steadily added new coal plants to feed its energy-hungry economy.

But no country matches China’s appetite for new coal. The country added 43 GW of new coal capacity last year, up from 32 GW in 2018, according to Global Energy Monitor. Almost 100 GW is under construction and another 105 GW is either permitted or applying for permits. China permitted nearly 8 GW of new coal plant construction between March 1 and March 18, or more than the 6.3 GW permitted in all of 2019.

By comparison, the United States has retired 32 GW of coal capacity since 2017, according to an E&E News analysis of federal statistics. America last built a coal plant in 2015.

Lauri Myllyvirta, the lead analyst at the Centre for Research on Energy and Clean Air, thinks there are important differences between China’s response to the coronavirus pandemic and its response to the last major global financial crisis. The government has not established a national GDP target, and it has focused on household consumption and service-sector jobs rather than infrastructure.

Also significant are long-term trends in China’s power markets. Coal plant use fell from 60% in 2011 to 49% last year, Myllyvirta noted.

Still, he added that local Chinese officials could hinder efforts to steer the country away from coal. "The impulse to chase GDP numbers [is] definitely still there in the bureaucracy," Myllyvirta said.