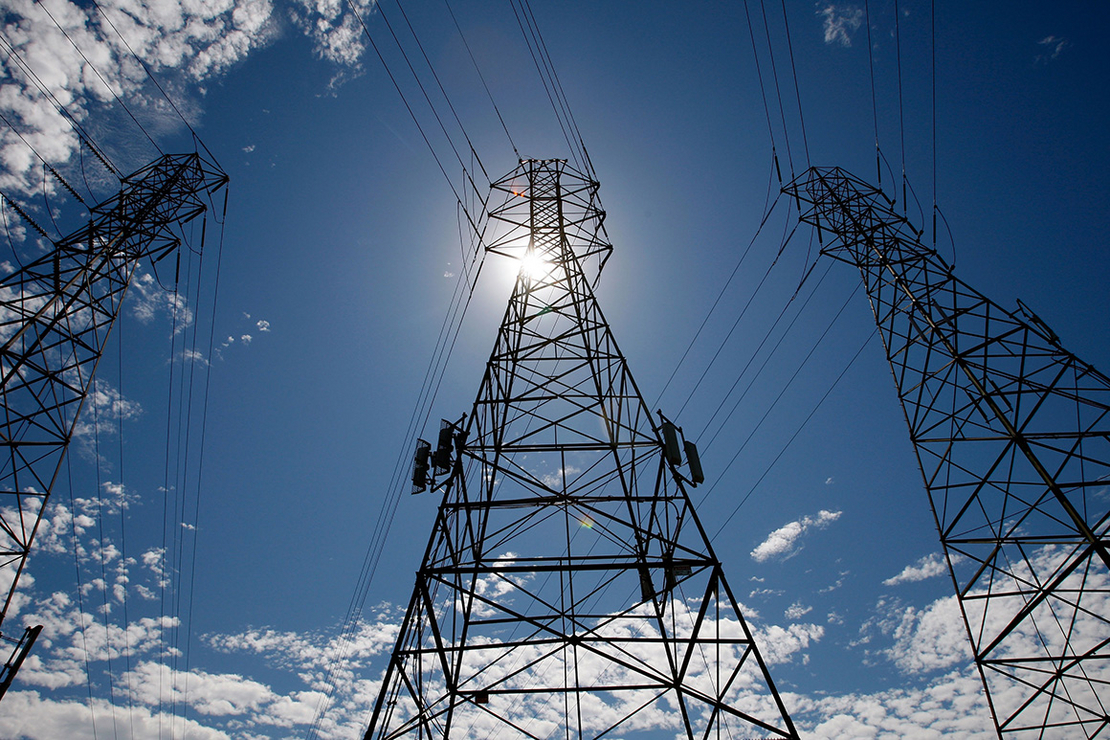 Millions of Californians pay among the highest prices in the nation for electricity, a potential threat to the state’s plans to electrify cars and homes as it battles climate change.

Surging electricity prices of the three biggest utilities in the Golden State have reached levels that now are more than double the national average, as posted by the U.S. Energy Information Administration. Bills are projected to keep climbing as utilities address wildfire risk from their power lines and add electric vehicle charging stations. Ratepayers ultimately bankroll those costs.

The state as a result faces a looming crisis, some analysts say. California wants residents to swap gasoline-fueled cars and natural gas heaters for electric models. But if power rates keep rising, it will cost more to plug in an EV at home than to fill up a gas tank, economists project.

“It’s a huge problem,” said Severin Borenstein, director of the Energy Institute at the University of California, Berkeley’s graduate school of business. If people voluntarily add EVs and electric home heaters and then “tell their neighbors about their catastrophic electric bills, that’s gonna be a huge problem.”

The rise in electricity prices comes as California analyzes how to meet its climate goals, including cutting greenhouse gas emissions 40 percent below 1990 levels by 2030. It wants carbon-free electricity by 2045. Before that, it plans to phase out traditional cars, requiring automakers to offer only zero-emissions models by 2035.

Already, the California Public Utilities Commission (CPUC) Public Advocates Office said in a report last year that it was cheaper to fuel an internal combustion engine vehicle than to charge an EV in the San Diego Gas & Electric Co. service area.

That could also be the case in areas served by Pacific Gas & Electric Co. (PG&E) and Southern California Edison Co. (SCE) by the end of this decade, the analysis said. Its calculations were based on the cost of gasoline early last year, when California prices averaged about $3.27 per gallon.

All the utilities offer various EV charging options, and San Diego Gas & Electric ( SDG&E) has an overnight rate of 10 cents per kWh plus a $16-per-month fee. The CPUC’s Public Advocates Office said it looked at overall rates to highlight the need for electricity rate reform.

“If you want people to make big investments in electrification, there needs to be some kind of a payoff for them,” said Mark Toney, executive director of the Utility Reform Network, at a recent CPUC workshop on electricity bills. “And the payoff has got to be that we make electricity rates look very affordable by comparison to the alternatives.”

The state doesn’t “have a strategy for doing that right now,” he argued.

San Diego Gas & Electric said its average bill for electricity was $150, not including natural gas. That was for 400 kWh usage, making it the most expensive utility.

Californians who use air conditioning frequently pay more. The average customer in a hot climate will spend $186 a month for electricity with PG&E or SCE, and $223 a month with SDG&E, according to CPUC estimates for 2022. That will rise sharply by 2030, it said.

Many other large electric utilities have much lower average bills. A Georgia Power bill with the same usage as the PG&E and SCE would total about $66, according to the Georgia Public Service Commission. Commonwealth Edison, or ComEd, in Chicago and northern Illinois said its average monthly residential bill in February was about $89. It didn’t identify the usage amount. Duke Energy Corp. said its average bill for an all-electric customer in North Carolina in 2021 was $103 per month, twice the consumption of PG&E’s and SCE’s average bills.

One location had average bills that were higher than those in California, but it included higher electricity usage. National Grid said a customer in Massachusetts would pay about $179 for 600 kWh.

CPUC said it’s examining how to curb future increases in electric bills. That comes as utilities are trying to adapt to the effects of climate change, like drought-driven wildfires that can be ignited by sparking power lines.

Utilities say that’s driving up their bills. SDG&E recently told customers that about 40 percent of what they pay “is for climate-related expenses,” including putting power lines underground, building EV charging stations and adding microgrids “to keep critical resources powered during extreme weather conditions.”

The utility said it couldn’t break out how much each of those efforts contribute to its rates, which are among the highest in the nation.

One of the biggest costs driving up bills is the tab for preventing catastrophic wildfires, which have plagued the state as drought and record-high heat creates dry, flammable trees and brush. The CPUC said wildfire costs add between $8 and $12 a month to the average residential bill, depending on the utility. That's expected to climb to as high as $14.50 per month in 2030.

The San Diego utility spent several billion dollars on system upgrades after devastating wildfires in October 2007. But those costs typically don't show up until several years after a fire, when infrastructure is finally built. All three major utilities in California have spent billions of dollars on wildfire prevention in recent years.

However, utilities haven't clearly outlined how much wildfire costs have added to monthly bills, according to a 2021 report from Next 10. The researchers — from UC Berkeley’s Haas School of Business — said they could not obtain wildfire-related expenditure data.

More information "is vital as wildfire mitigation costs are likely to be a major driver of price increases in the near future," the report said.

State policies also raise electricity costs. The CPUC identified at least 17 state mandates that hike the price of power. Those include legislative measures that increase the share of electricity that come from renewable power sources and energy efficiency programs.

Since 2013, rates have increased 48 percent for SDG&E customers, 37 percent for PG&E ratepayers and 6 percent for those with SCE. That's far faster than inflation, according to the CPUC. Those calculations were made before those utilities raised rates in January.

In addition to wildfire costs, the utilities blamed rising bills on factors like higher natural gas prices and growth in the share of people who get help paying their bills. Programs to help low-income ratepayers are funded by other customers.

The CPUC in February gathered experts to brainstorm options. Those include shifting some costs to the state budget, including for programs that help lower-income people pay their bills.

Some argue the state should pay for more of the wildfire risk reduction costs and damages.

"The state steps in on all sorts of other catastrophic damage and helps people," said Borenstein, the UC Berkeley economist. "I don't see why we're making the distinction that because a tree is near a power line, we pay for taking it down through electric rates. But all the other trees that we need to deal with ... goes on the state budget."

California also needs to evaluate costs and benefits of improving the ability to withstand some wildfires, which can be less costly than stopping them all, said Michael Wara, director of Stanford University's climate and energy program. For example, he said, clearing out vegetation that can burn might be less expensive and more effective than putting power lines underground.

There are also calls for more sweeping rate reform that moves away from the current model of just charging customers for how much electricity they use, with infrastructure costs included. Instead, they would pay a fixed monthly price for a utility's fixed costs, plus actual generation costs for electricity used.

That happens, they said, because solar customers benefit from net energy metering, which gives homeowners credits for sending renewable power to the grid.

The utilities said that cost transfer is $3.4 billion per year "and growing," in a filing with the CPUC. That's in part because solar customers get a 20-year agreement through the net energy metering program when they install rooftop panels. People who add them now get paid for energy they send to the grid at the current retail rate, about 30 cents. But that amount will go up as electricity rates rise.

The California Solar & Storage Association (CALSSA) said that could cascade into other areas of the clean energy sector, like energy storage.

"CALSSA’s goal is to build one million solar-charged batteries by 2030," Bernadette Del Chiaro, the executive director, said in an email. "We need to grow the battery market just like we grew the PV market fifteen years ago — steady, consistent, well-built. This is what creates economies of scale, drives markets globally, and standardizes new technologies needed to fight climate change and reduce use of fossil fuels."

The group favors slowly dropping the amount of money earned by solar customers through the net metering program. By 2030, it would drop from 30 cents to 6 cents under CALSSA's proposal, said Brad Heavner, the group's policy director.

If California pushes to meet its greenhouse gas reduction goals, electricity demand in 2030 could rise by about 13 percent, a CPUC report said. Heavner argued that the increase in electric consumption would help push down rates.

But the state could do more to mitigate electricity rates, given the numerous mandates, subsidies, fees and infrastructure upgrades that are paid through electric bills, said Scott Crider, a senior vice president of customer services and external affairs at SDG&E.

“When we are asking customers to really adopt more electrification for buildings and in their homes, the current structure is just not sustainable,” Crider said at a February CPUC workshop. “Maintaining the status quo is simply not practical nor affordable for customers.”