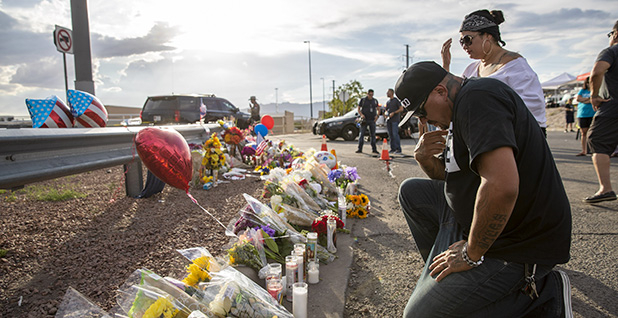 The manifesto says the attack was meant to deter immigration, which the suspect claimed is eroding white Americans’ political power.

It’s the latest right-wing mass shooting where the perpetrator explicitly cites the environment as motivating their racism. The El Paso suspect drew inspiration from the mass shooter in Christchurch, New Zealand, who considered himself an "eco-fascist" and called immigration "environmental warfare".

"I just want to say that I love the people of this country, but god damn most of y’all are just too stubborn to change your lifestyle," he wrote. "So the next logical step is to decrease the number of people in America using resources. If we can get rid of enough people, then our way of life can become more sustainable."

"Everything I have seen and heard in my short life has led me to believe that the average American isn’t willing to change their lifestyle, even if the changes only cause a slight inconvenience," he wrote. "The government is unwilling to tackle these issues beyond empty promises since they are owned by corporations."

The manifesto outlines the suspect’s personal reasons for the massacre in its last section. He writes he sees no future for himself between automation, immigration and environmental degradation.

The environment has only recently become prominent in some shooters’ manifestos, said Gary LaFree, a University of Maryland professor and former director of the National Consortium for the Study of Terrorism and Responses to Terrorism.

"They’re building an ideology out. They’re providing somewhat different versions — you notice they’re referring to each other … which to me makes it scarier. It’s more like a social movement than just a one-off attack," he said.