‘Swamp’ may say ‘no thanks’ to Trump administration 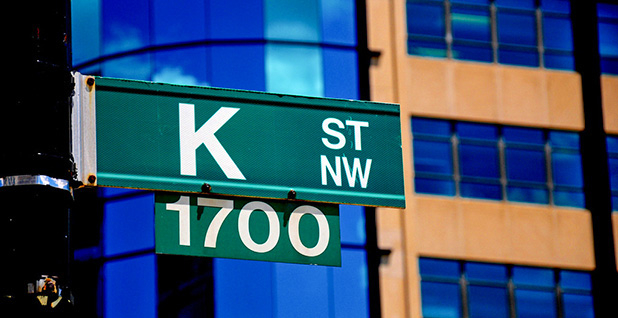 In targeting the influence industry, President-elect Donald Trump may have hindered the recruitment process for who will serve in his administration.

Yesterday evening, officials with Trump’s transition team announced that members of his administration will be banned from lobbying for five years after leaving government service (E&E Daily, Nov. 17). The move by Trump, who has filled his transition effort with lobbyists overseeing agencies of great import to their clients, sent shock waves through K Street.

One Republican lobbyist said the ban was "shortsighted."

"Once you leave, you can’t lobby for five years? Are you kidding me?" said the GOP lobbyist.

People on K Street noted that those in the influence industry wishing to join the Trump administration will have to mull over their decision. Not being allowed to lobby the executive branch for five years would hurt their future earning potential as paid advocates.

"I think it would discourage people doing good work with good knowledge, with good institutional experience, from serving their country. It assumes that only people with bad motives are lobbyists," said the lobbyist.

Another Republican on K Street said the ban would certainly give influencers pause before joining Trump’s team.

"It may with some people. It depends on who is looking to go in, and they will have to weigh the decision with this ban," the lobbyist said.

Others were more optimistic about Trump’s lobbying ban, noting there is always Capitol Hill to lobby.

"If it’s only a ban on lobbying the administration, it’s not that significant a consequence," said Ken Kies, managing director of Federal Policy Group. "People can make a pretty good living just lobbying the Congress."

Trump’s restrictions on lobbyists will go even further. In a conference call with reporters today, Sean Spicer, the Republican National Committee’s chief strategist and communications director, said the president-elect will also block officials in his administration from lobbying for foreign governments once they leave government service.

"There will be a lifetime ban on representing any foreign government," Spicer said.

Since Trump’s election, lobbyists have celebrated the coming return of all-GOP control of Washington, D.C. Often blocked by a Democratic White House under President Obama, business interests on energy, taxes and regulations are expected to move swiftly next year.

And like other Republicans in elected office and elsewhere, GOP lobbyists have been wary of Trump, but many have since come to his aid. Several hold important roles on his transition team, such as Mike Catanzaro of CGCN Group and Mike McKenna of MWR Strategies, which led to criticism of Trump for failing to "drain the swamp."

Trump has said that while he has depended on lobbyists’ expertise in the past, he plans to tamp down on the influence industry.

"I’m saying that they know the system right now, but we’re going to phase that out. You have to phase it out," Trump said about lobbyists on "60 Minutes" earlier this week.

Now Trump’s transition team members will have to cancel their lobbying registration to continue to serve.

Spicer read out the text of the ethics agreement on the call, saying each transition official will have to sign it to move forward.

"By signing below, I certify that I am not currently registered and reporting as a federal lobbyist as defined by the Lobbying Disclosure Act as amended, or a compensated lobbyist at the state level in any state," the agreement reads, according to Spicer. "If I was listed as a lobbyist on the most recent lobbying disclosure form, or a report required to be filed by federal or state law, I hereby notify the president-elect transition team that I have filed the necessary form or forms with the appropriate government agencies to terminate my status as a registered lobbyist. I will provide the presidential-elect transition team with written evidence of my federal and state lobbying determination as soon as possible."

Other presidents have tried to crack down on K Street with limited success.

Obama issued an executive order banning lobbyists from serving in his administration as well as lobbying their former colleagues for two years after leaving government service. That order was centered on the Lobbying Disclosure Act, and in turn, several lobbyists just didn’t register under the law, thus not disclosing their clients or what issues they were working on.

Lobbyists could take the same route and just not register once out of government to avoid Trump’s K Street ban.

One Republican in the influence industry said Trump was repeating Obama’s error.

"It’s a continuation of the same bogus definition of ‘lobbyist,’" said the lobbyist. "He [Obama] drove it underground. There is just no visibility. And Trump is following that mistake."

However limited Trump’s ban is, ethics watchdogs were encouraged by it.

"I’m taking it as a little ray of hope," said Craig Holman, government affairs lobbyist for Public Citizen. "He is talking about some sort of ethics policy. I wasn’t even expecting him to do an ethics policy."

Holman said Trump needs to go further and urged him to readopt Obama’s ethics executive order, considering how Trump’s and other potential appointees’ corporate holdings could be impacted by the government policies they craft in office.

"He [Trump] needs to address the incoming problem," Holman said. "Trump just has these phenomenal conflicts of interest, just not with his own business but with these titans of industry he wants to bring into his administration."