Sweeping bill creates many winners: ‘This is a big deal’ 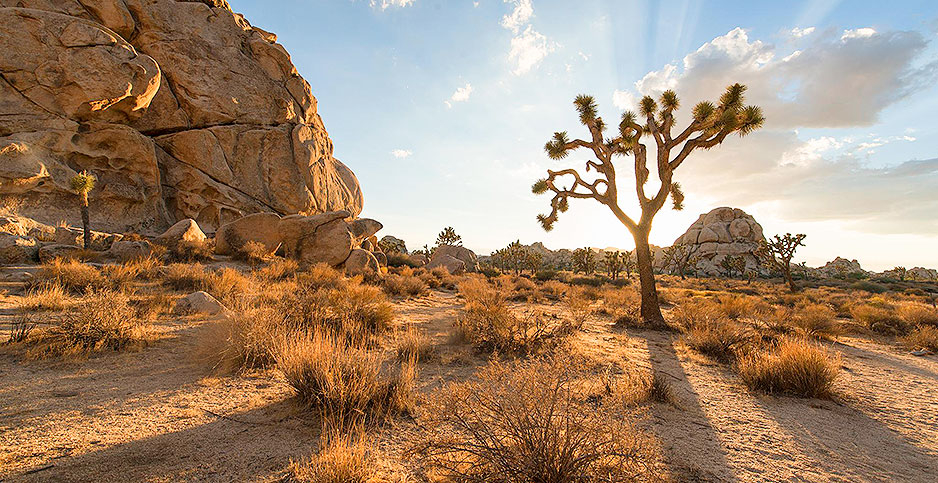 Since 1994, Democratic Sen. Dianne Feinstein has been fighting to protect 716,000 acres of desert in her home state of California, a landmass nearly half the size of Delaware.

Her 25-year effort is nearly over, after the Senate included the plan as part of a public lands bill that passed overwhelmingly on Tuesday. Final approval by the House is expected later this month, setting the stage for the largest expansion of U.S. wilderness in a decade.

Feinstein’s measure is just one of 110 separate bills sponsored by 50 senators included in the overall package. Overall, the bill would add 1.3 million acres of new wilderness, 620 miles of new wild and scenic rivers, and 2,600 miles of new national trails. It also would reauthorize programs important to a broad spectrum of lawmakers, including the Land and Water Conservation Fund. The bill would extend the Every Kid Outdoors Act, which gives fourth-graders and their families free entry to parks, and the 21st Century Conservation Service Corps Act, which governs employment programs for young adults who work on public lands.

"We’ve been working on some of these measures for up to a decade," said John Gilroy, director of U.S. public lands conservation for the Pew Charitable Trusts’ U.S. public lands program. "These are all local bills, and they’re driven by sportsmen and businesses and veterans and Native Americans and conservationists. Their time has come."

The bill offers big wins to a wide range of public lands advocates, with the biggest changes offered to California, Utah and the National Park Service.

In the Golden State, the bill would add 43,000 acres to Death Valley and Joshua Tree national parks and protect more than 375,000 acres of wilderness. It would create eight new Bureau of Land Management wilderness areas, totaling 280,000 acres; add 7,100 acres to the San Gorgonio Wilderness within the San Bernardino National Forest; and protect another 77 miles of the state’s waterways by designating them as wild and scenic rivers.

Feinstein said the bill completes work that began in 1994, when Congress passed her California Desert Protection Act, which created Death Valley National Park, Joshua Tree National Park and the Mojave National Preserve and protected more than 7.6 million acres of desert wilderness. "The desert is a defining part of California’s landscape, and we have a responsibility to preserve it for generations to come," she said after the vote.

In Utah, more than 660,000 acres in Emery County in the southern part of the state will be preserved as wilderness. The bill would also designate 63 miles of the Green River as wild and scenic and create a recreation area of more than 200,000 acres in the San Rafael Swell by protecting it from mining. Utah’s Republican senators split on the bill, with Sen. Mitt Romney voting in favor and Sen. Mike Lee joining seven other senators in opposing the bill.

Lee held up the bill’s passage in December, and in an opinion piece for the Deseret News on Monday, he said that while it contains "good commonsense policies which improve federal land management," he opposes adding "1.3 million acres of wilderness in the West — half of it in Utah," saying that the "highly restrictive designation limits far more activities than is necessary to actually protect the land."

Two other Western states — New Mexico and Oregon — would also get sizable new swaths of federally protected land if the bill is signed into law.

In Oregon, the bill would protect nearly 100,000 acres in Douglas County by designating the land as a special management area for wild steelhead. It would be named after Frank Moore, a World War II veteran and outdoorsman, and his wife, Jeanne, an expert on native plants. The bill also extends wilderness protection to about 30,600 acres of the Devil’s Staircase area and designates more than 256 miles of rivers as wild and scenic.

Eastern states will have newly protected areas, too: More than 225 miles of rivers will be designated as wild and scenic in Massachusetts, Connecticut, Rhode Island and New Hampshire. And Washington, D.C., will get more power to control federal parks within its boundaries, under a provision that would allow the District of Columbia and NPS to enter into "cooperative management agreements" to maintain and operate the parks. One such project could involve the rehabilitation of Franklin Park, which would be funded by NPS, the D.C. government and the Downtown Business Improvement District.

In addition to expanding its California properties, the Park Service would add 1,393 acres of land with its three new sites: two national monuments in Kentucky and one in Mississippi.

The Park Service said its total number of units would increase to 420. NPS now manages more than 84 million acres of land.

The bill would also require NPS to conduct "special resource" studies to determine whether to add five new park sites in the future.

They include the George W. Bush Childhood Home in Midland, Texas, built in 1939 and now open as a museum. It’s touted as the only house in the nation that has been home to two presidents (Bush and his father, the late George H.W. Bush), two governors (Bush and his brother Jeb Bush) and a first lady (his mother, the late Barbara Bush).

"Although the site is currently open to the public, oversight by the National Park Service will ensure that it is maintained and gives many more Americans access to the site to be inspired by one of America’s and Midland’s premier families," Rep. Mike Conaway (R-Texas), the chief sponsor of the provision, said in a speech on the House floor.

The four other sites that will be studied are the James K. Polk Presidential Home in Columbia, Tenn.; P.S. 103, an elementary school in West Baltimore, Md., attended by Thurgood Marshall, the first African-American justice on the Supreme Court; President Street Station, a former train station in Baltimore that served as a rail link during the Civil War; and Amache, a World War II-era Japanese-American internment camp in Granada, Colo.

None of those sites will be approved anytime soon. It takes an average of three years to complete a study, and 21 studies are already pending, said Mike Litterst, the acting chief spokesman for NPS.