Takeaways from the massive year-end deal 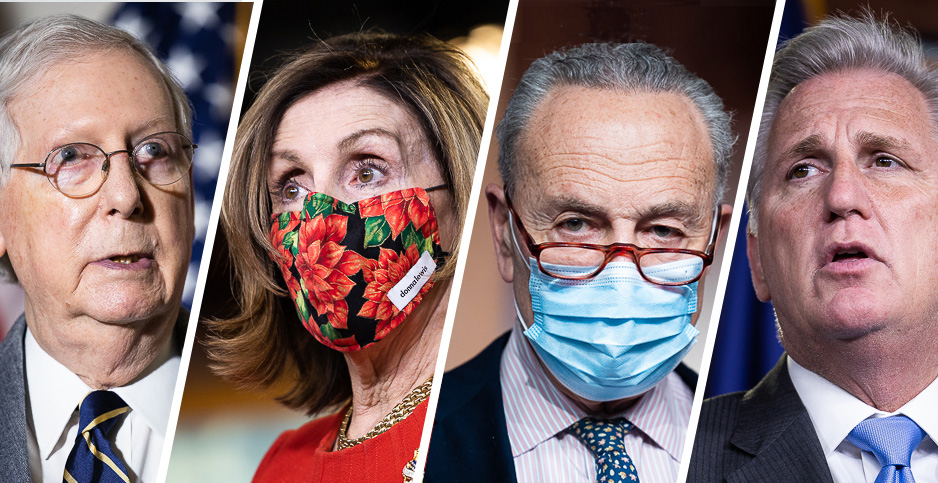 And they can expect more favorable spending bills over the next four years as the incoming Biden administration plans a major focus on clean and renewable energy, combating climate change, and highlighting environmental justice.

The momentum on those priorities was evident this week with the inclusion of significant energy research and climate provisions in the year-end legislation (E&E Daily, Dec. 21).

Here are some takeaways from a package that took Congress months to assemble but was so massive — at more than 5,000 pages — that some provisions may be easy to miss, especially when negotiators released the text just hours before voting.

For all the angst and posturing over the Green New Deal, it was largely centrist policies that carried the day in the year-end agreement.

To be sure, a divided Congress was never going to strike an agreement on sweeping carbon-pricing programs, but the leaders of three House and Senate committees found common cause on multiple provisions to foster energy innovation and new technologies through the research-heavy "Energy Act of 2020."

With the backing of House and Senate leadership, the group brushed aside progressive complaints about carbon capture and nuclear provisions to strike the first major update of U.S. energy policy in 13 years.

"This energy package is an important reminder that when we work in a bipartisan way, the American people come out on top," Manchin said in a statement yesterday.

The final deal contains provisions sought by consumer advocates that limit termination of utility services for one year, while also injecting $3.75 billion into the Low Income Home Energy Assistance Program — a popular fund that has long enjoyed bipartisan support.

The inclusion of LIHEAP funding helps address the fiscal crunch of nonpayment that has added to utilities’ woes during the COVID-19 pandemic.

Also helping water and electricity providers is the inclusion of $25 billion in rental assistance — including for payment of utility bills — in the relief deal.

However, the final deal omitted a key request of the National Rural Electric Cooperative Association (NRECA): the inclusion of legislation that would allow its nonprofit members to refinance Rural Utilities Service debt at lower interest rates.

"Doing so would have given cooperatives the same opportunity to refinance that other businesses enjoy and produced $10 billion in savings to help rural families and businesses navigate these difficult times," NRECA CEO Jim Matheson said in a statement.

Still, the group applauded other provisions in the deal, including rental assistance and a change that allows utility bills paid with Paycheck Protection Program funding to be forgiven.

Lawmakers once again avoided attaching the most contentious policy riders into the year-end spending package.

Democrats had hoped to add provisions blocking drilling in the Arctic National Wildlife Refuge and to revive Obama-era climate rules. But those were dropped in leadership talks.

Instead, the policy provisions in the spending package are those that have been included for the past several years.

They include provisions limiting oil and gas development near the Chaco Culture National Historical Park and barring the regulation of lead in ammunition and tackle.

One high-profile rider that did not make the cut was a provision pushed by House Democrats to limit Confederate imagery at National Park Service sites, in the wake of the national reckoning on race this year.

But backers believe they could soon have that policy implemented through executive action — once President-elect Joe Biden is sworn in.

Environmentalist have not had many climate policies to cheer over the past four years, but the compromise to phase down hydrofluorocarbons (HFCs) was a rare Trump-era win for greens.

"This year-end package takes critical steps forward in tackling climate change. It helps the U.S. to lead the way in limiting half a degree Celsius of warming with a long-sought deal to phase down superpollutant HFCs in line with the Kigali Agreement," said Matthew Davis, legislative director for the League of Conservation Voters.

The rest of the package offers a mixed bag for those hoping Congress will take major strides to address carbon emissions (see related story).

Once again, the spending package would provide no money for the United Nations’ Green Climate Fund, long a target of House Republicans. The bill does include $6.4 million for the U.S. contribution to the Intergovernmental Panel on Climate Change and the U.N. Framework Convention on Climate Change.

Next year, Democrats are likely to make a more concerted push for international climate aid with Biden in the White House; he is already vowing to make the United States a leader in halting global warming.

Congress might not be able to decide how to dispose of nuclear waste, but it did agree on the need for a new uranium reserve.

Lawmakers provided $75 million, half of the amount sought by DOE, for developing the reserve. Backers argue it’s a national security imperative because the United States now imports about 90% of its uranium.

It’s far from certain that the Biden administration will show much interest in the effort, which has not been authorized by Congress.

The Government Accountability Office said in a recent report that DOE has yet to offer a clear rationale for its push to shore up domestic production (E&E News PM, Dec. 10).

Democrats, for their part, focused on more than $800 million in the bill that will go toward decommissioning uranium nuclear weapons.

Absent was any mention of the Yucca Mountain nuclear waste repository in Nevada. While experts have long argued the nation needs a permanent nuclear disposal site and the Silver State is a viable option, Congress for the past several years has refused to fund it amid fierce opposition from Nevada lawmakers. The bill does provide about $20 million for interim nuclear waste storage.

The single biggest winner in the 5,593-page bill — more than four times the size of Leo Tolstoy’s "War and Peace" — may be lobbyists and other interests.

Lawmakers had only a few hours to review the package before voting on it yesterday, making it all but impossible for them to ferret out overly favorable tax breaks, questionable spending or last-minute policy provisions.

Some lawmakers cited that as reason for opposing it, despite the need for pandemic aid and new agency funding.

And while charges of large-scale wasteful spending may be inflated, K Street ultimately could prove the biggest winner of the $2.4 trillion package that touches on nearly every sector of the nation’s economy and likely had lobbying shops working overtime to help craft it.