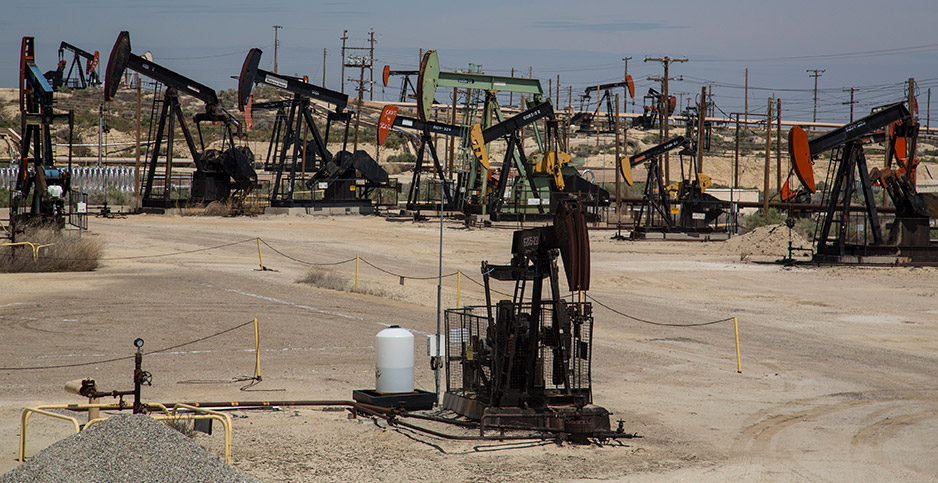 The three biggest U.S. oil companies announced nearly $9 billion in paper profits thanks to the tax law that passed in December, underscoring the Trump administration’s claim that the plan would help bring jobs and economic growth back to the country.

The tax news — $5.9 billion for Exxon Mobil Corp., $2 billion for Chevron Corp. and $900 million for ConocoPhillips Co. — was a bright spot in an otherwise sluggish earnings report for the companies.

But analysts said it underscores an important point. The oil industry was already profitable, thanks in some measure to more than a century of favorable tax treatments, and the new law will make it even more profitable. Those companies were already investing tens of billions of dollars in shale fields like the Permian Basin, and the tax law could spur more of the same.

"It’s a positive for Chevron, making attractive investment opportunities in the Permian, the Gulf of Mexico, and in our U.S. downstream and chemicals business look even better," Chevron CEO Mike Wirth said on a conference call.

Beneath the tax bump was a somewhat tepid year by Chevron’s and Exxon’s lofty standards. Both companies enjoyed some uplift from gradually strengthening oil prices, but total output of oil and gas was largely stable: up 5 percent at Chevron, down 3 percent at Exxon. Both companies showed billions in profit yet fell short of analysts’ expectations, partly due to shortfalls in their refining arms.

That gave the tax bill an outsize role in their books. Chevron claimed $9.2 billion in earnings on the year, but noted that it was closer to $7 billion, excluding the tax bump and foreign-exchange impacts. Exxon reported $19.7 billion in annual earnings, but said the figure fell to $15.2 billion after factoring in the tax bill and the loss in value of some of its reserves. Exxon took a $481 million hit, for example, on assets it called "primarily dry gas operations with little additional development potential."

The new tax law lowers the top corporate rate from 35 percent to 21 percent. Even though the companies were reporting results for the fourth quarter of 2017, before the law went into effect, they reported higher earnings because they re-evaluated the tax liabilities from previous years at the new, lower rate.

That’s not the only benefit from the tax law. Oil companies will also be able to write off the full cost of their investment in new machinery and equipment. That will help for Exxon and Chevron, which have announced tens of billions of dollars in expansions at their chemical plants.

Energy companies also hung onto a suite of tax breaks that date to the early days of the 20th century — the write-offs for intangible drilling costs, rapid depreciation of capital costs, and an allowance for the depletion of oil and gas reservoirs.

And Congress left intact the master limited partnership (MLP) structure, which allows pipeline companies to avoid federal income tax by passing most of their profits through to their shareholders.

Not all of those breaks are available to integrated companies like Exxon and Chevron, which control everything from oil wells to filling stations.

The new tax law could pose some downsides for the industry. Companies that take on debt won’t be able to write off as much of their interest in the future. And some companies have found that they won’t be able to use the losses from previous years to lower their future taxes.

Kinder Morgan Inc., the biggest U.S. pipeline company, took a $1.4 billion charge against its fourth-quarter earnings because it had to lower the value of its operating losses from previous years.

Nevertheless, the company said the tax law will help it. Kinder Morgan previously expected to owe no taxes for several years, and it now expects it won’t have to pay the federal government until at least 2024.

Analysts disagreed on how long the boost from the new system will last.

Other countries could lower their taxes in response to the U.S. regime, for instance, said Noble Pendergrass, a petroleum economist at consulting firm Wood Mackenzie. On the other hand, the companies were already pouring their money into Texas, New Mexico and North Dakota, and the tax law makes those investments even more attractive.

"I think you will see some capital from these companies coming to the U.S.," Pendergrass said.

The majors have typically paid well below the top corporate tax rate of 35 percent, said Matt Gardner, a senior fellow at the Institute for Taxation and Economic Policy, a think tank that advocates for a progressive tax system. Exxon paid an average 13.6 percent of its income in federal taxes from 2008 to 2015, Gardner said.

And the cost of the companies’ main product — crude oil — is set by the world market, so the U.S. tax system will have only a limited impact, said Eric Toder, a researcher at the Urban-Brookings Tax Policy Center.

"What’s driving drilling is the fact that the price has come back up," he said.