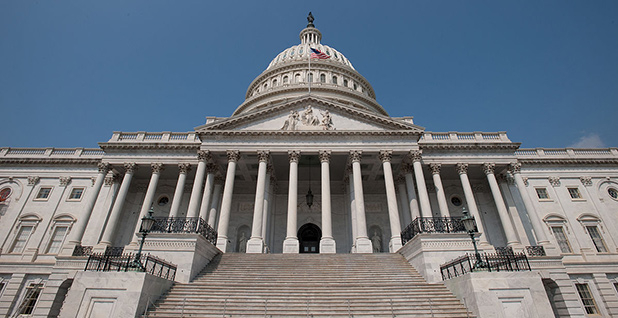 Lawmakers this week will advance tax reform and a spate of nominees, along with legislation to open the Arctic National Wildlife Refuge to drilling. Federal Emergency Management Agency/Wikipedia

Taxes will dominate in Congress this week as Republicans continue pushing a massive rewrite of the tax code by the end of the year and planning to pay for it with expanded drilling in the Arctic.

Separately, the Senate will continue processing administration nominees and is likely to confirm the White House’s pick for U.S. EPA air chief.

The House Ways and Means Committee will begin a four-day markup today of its tax overhaul plan. The Senate Finance Committee continues closed-door negotiations on its own bill, which could surface as soon as this week.

Brady does not expect leaders to allow any amendments when the bill moves to the floor. The GOP is hoping for such action before Thanksgiving.

The renewables sector is blasting the House plan, saying it endangers billions of dollars in investments (E&E Daily, Nov. 3).

Other markup fights could focus on changing provisions that currently threaten the entire package.

Amendments could alter proposed limits on allowances for mortgage interest and state and local tax deductions, as well as address concerns about the reach of small-business tax breaks.

The Senate plan is likely to offer less generous cuts in the corporate rate. Sen. Bill Cassidy (R-La.), a member of the Finance Committee, did not rule out the bill coming out this week.

"You can see the bill forming," he said. "But I can’t tell you where the weight of the members are in terms of what’s been preserved and what is not, just because we have to make up some revenue."

Separate Senate legislation to help pay for the tax overhaul by opening up drilling in the Arctic National Wildlife Refuge may also emerge this week.

The fiscal 2018 budget resolution Congress recently passed instructs the Senate Energy and Natural Resources Committee to come up with $1 billion in new revenue over the next decade to help offset the GOP tax cuts.

The committee is supposed to draft the legislation by Nov. 13 per the instructions in the budget resolution. Lawmakers, though, have said that date might not be a firm deadline.

A key question is what the bill will specify in terms of the revenue-sharing split between Alaska and the federal government and how it will square with the $1 billion the panel needs to raise (E&E Daily, Nov. 3).

The Senate is due to vote later this week on the nomination of Bill Wehrum to head EPA’s air office.

Senate Majority Leader Mitch McConnell (R-Ky.) filed for cloture on the nomination last week along with other picks.

Several Midwestern senators from both parties delayed progress on Wehrum over concerns about his commitment to carrying out the renewable fuel standard.

Confirmation by the full Senate could now be seen as a redemption of sorts for him. After serving as acting head of the Office of Air and Radiation from 2005 to 2007 during the George W. Bush administration, Wehrum resigned when Senate Democrats stymied his bid to get the job permanently.

President Trump gave him another chance by again nominating him for the OAR job in early September (E&E Daily, Nov. 3).

The Senate will also hold a cloture vote on the nomination of Derek Kan, a Lyft Inc. executive, to be undersecretary of Transportation for policy this week.

He is expected to be approved easily after gaining unanimous backing from the Senate Commerce, Science and Transportation Committee last month.