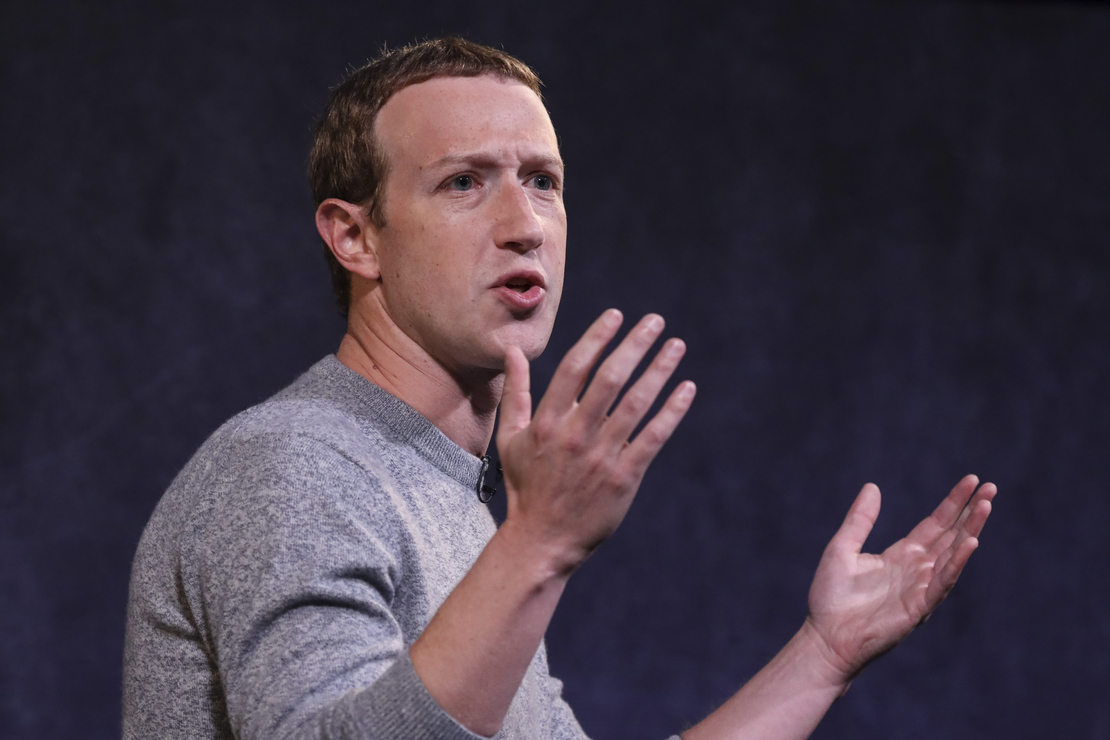 A handful of major corporations that founded the Frontier climate initiative have been rocked by financial and legal challenges, raising questions about their nearly $1 billion bid to remove carbon from the atmosphere.

The valuations of four Frontier founders — Google parent company Alphabet Inc., Meta Platforms Inc., Shopify Inc., and Stripe Inc. — have collectively dropped by more than $1.5 trillion this year. The market capitalization of online payments platform Shopify and Meta, the company formerly known as Facebook, have been particularly hard hit: Each has plummeted by more than 70 percent since the end of 2021.

And global consulting partnership McKinsey & Co., the other member of Frontier, is under investigation for tax fraud in France and is facing corruption charges in South Africa.

Taken together, the financial tumult battering the high-profile coalition for advancing carbon-catching technologies illustrates the danger of relying on corporations to fund climate innovations that scientists say are essential to prevent the worst effects of warming.

Companies facing economic headwinds often consider spending cuts on initiatives outside of their core business, but they also “will weigh that against the harm to their reputation from backing out of a commitment,” said Bill Weihl, the executive director of ClimateVoice, who previously led the environmental programs at Facebook and Google.

“My guess: they’ll keep this commitment, but just spend less on it over the next 2-3 years,” he wrote in an email, referring to the Frontier member companies. “Because they have another bottom line to think about — satisfying the expectations of their employees that they will be climate champions.”

Other experts downplayed the possibility that Frontier member companies could fail to deliver on their carbon removal commitments. Even if that happens, they argued the new climate law signed by President Joe Biden in August could soften the impact of reduced corporate funding for startups attempting to remove CO2 from the air and oceans.

The potential troubles facing Frontier come as some corporate leaders are pulling back on the environmental, social and governance efforts of their firms. A third of American companies have already paused or reconsidered such initiatives, while another 59 percent plan to take those steps soon, according to a survey of 400 U.S. CEOs released last month (Climatewire, Oct. 13).

The $925 million Frontier initiative was announced in April and aims to increase the availability of permanent carbon removal services, while lowering the cost to use those facilities (Greenwire, April 12).

Some startups Frontier has backed are attempting to lower the cost of proven technologies like direct air capture, which uses fans and filters to remove certain quantities ofcarbon dioxide from ambient air before pumping it underground where it can be converted into rock (Climatewire, June 29). Other approaches being considered by Frontier — such as increasing the carbon removal capacity of the oceans — are more speculative and harder to verify.

Member companies have each pledged at least $50 million over a decade, according to Nan Ransohoff, the head of climate at Stripe, who is overseeing Frontier. Their commitments will fund some initial pre-purchases of carbon removals and then, as more facilities come online, pay for larger quantities after the tons of CO2 have been removed and verified.

The companies don’t plan to make equity investments in the startups, which means they won’t see any direct financial benefit from the growth of the carbon removal firms they are backing.

“This is in some ways a philanthropic endeavor,” Ransohoff told E&E News when the initiative was first announced (Climatewire, April 15).

“This is a company that likes to be profitable, and we will get back there,” Harley Finkelstein, the president of Shopify, told analysts during an earnings call last week.

Meta has shed over $658 billion in market capitalization this year as investors grow concerned about the company’s massive investments in developing a virtual reality platform known as the metaverse.

“Meta has drifted into the land of excess — too many people, too many ideas, too little urgency,” wrote Brad Gerstner, the head of hedge fund Altimeter Capital, in an open letter to the tech company’s board last week. “This lack of focus and fitness is obscured when growth is easy but deadly when growth slows and technology changes.”

Alphabet CEO Sundar Pichai said during an earnings call last week that his firm needs “to drive efficiency by realigning resources.” The tech giant’s stock price is down by more than a third this year, knocking $768 billion off its market capitalization.

In June, Stripe reportedly cut the internal value of its shares by 28 percent.

“We remain committed to Frontier and all of our climate-related commitments,” McKinsey spokesperson Neil Grace said in an email.

Despite their economic challenges, there is no indication that Frontier’s member companies are reconsidering their support, according to Wil Burns, an environmental policy professor at Northwestern University who helps vet carbon removal proposals as a technical reviewer for Frontier.

“We’re in a round right now looking at proposals for this year and, at least this year, it seems full speed ahead,” he said in an interview.

Ben Rubin, the executive director of the Carbon Business Council, said the startups that belong to his trade association have “been pleased to see record-breaking investments continue for carbon management startups.” In the second quarter, carbon capture firms raised $882 million, more than double the total invested in the sector over the previous 12 months, according to the financial data firm PitchBook (Climatewire, Sept. 20).

Regardless of whether Frontier dials back its carbon removal spending, the main barrier to growth for most startups in the space remains scientific, not financial.

“People are enamored with a lot of these things, but we don’t know if they’ll work,” Burns said. “That’s the dirty little secret.”

Even if a recession leads more businesses to weaken their climate commitments, the passage of the Inflation Reduction Act and other government incentives should keep many carbon removal startups afloat in the near term, according to Burns. The climate package increased the value and expanded access to a tax credit, known as 45Q, for direct air capture project developers.

“You’ve got both the U.S. government and the [European Union] spending a lot of government money on things like procurement plans,” he said. “That may help kind of counteract what might happen in the corporate sector.”

“One of the realities right now is that there is way too much demand for way too little supply” of permanent carbon removals, Burns added. “We’re in that stage, and it won’t be that way forever, but there is enough demand out there.”