Tech companies to utilities: Give us your data 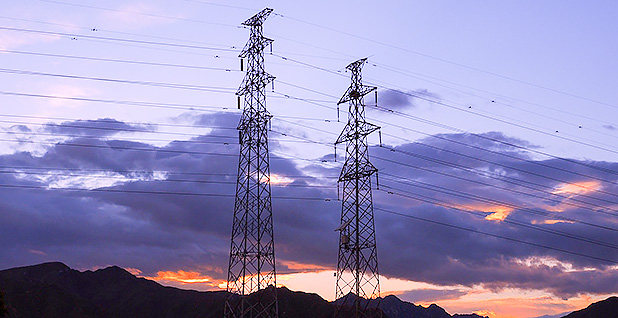 A new paper offers “guiding principles” for sharing relevant data on the electric grid. Photo by Foundry, courtesy of Pixabay.

The traditional power company is a monopoly that tightly controls the data it uses to make decisions on what to build and how much it costs. Now a coalition of high-tech energy companies are saying they want the data — and with it, a say in the planning.

A trio of technology groups issued a white paper Tuesday declaring that the utilities’ data is a "public good" that would make electric service cheaper and more reliable and lower carbon if it only were shared.

"This issue for us is critical," said Andrea Deveau, whose group, TechNet, is a white paper author and will be waging a campaign starting next month to persuade state lawmakers and regulators to make utilities open up. "We’re sort of at this tipping point of needing access to this data to move to the next phase."

The white paper points to a growing area of contention between traditional power companies — cautious actors whose century-old business model is under threat — and an array of high-tech companies who have new approaches to providing energy and are stymied by a shortage of information.

"How do you achieve a balance? How do you make sure you can provide the information but at the same time not compromise privacy, security and confidentiality?" said David Owens, an executive vice president at the Edison Electric Institute, which represents investor-owned utilities. "It’s kind of a new world that we’re living in now."

The white paper was a joint project of several technology groups associated with clean energy. They include the SunSpec Alliance, a trade group trying to align standards among solar and energy storage companies; TechNet, a policy group for technology companies large and small; and DBL Investors, a Silicon Valley venture-capital fund that was an early investor in both Tesla Motors and SolarCity, which merged last month to become one of the country’s largest energy storage and solar companies.

A utility knows its grid like the back of its hand: its stress points, its structure, its needs. That’s why, for decades, it has been in charge of selecting where new investments should go.

States like California and New York are trying to shake that up. They want clean-tech companies — whether they sell solar cells, energy storage, smart dishwashers or something else — to bring a spirit of innovation to the grid that utilities haven’t always been able to.

But that’s left regulators with a knotty question. Should these companies get intimate data on the grid?

The ideas in the white paper would mean a new level of incursion into the utilities’ territory. In 2011, the U.S. Department of Energy debuted Green Button, a program that allowed electricity customers to access and share their smart-meter data with third parties. But the new proposals would go much further.

The technology groups said they would like utilities to disclose data behind all sorts of decisions: what investments they plan to make, how much they will cost, where deficiencies on the grid are and how urgent the need, and what the value is of the electrical remedy. They would also like to know how much distributed energy different parts of the grid can handle, known as hosting capacity.

In essence, the tech companies believe that access to the data means that they could play a meaningful role in rate cases. Rate cases are a key part of the regulatory process where utilities apply to state regulators for approval to charge their customers for expensive upgrades to the system.

In the white paper, the technology groups said they belong at the table because they have skills the utilities often don’t, such as crunching vast amounts of data, developing software and controlling the distribution network.

Finally, the white paper asks that utilities retool themselves for the 21st century by presenting their data in "machine readable" formats, on terms that can be accepted by computers and are standard from one utility to another.

Utility data, to the extent it’s available at all, is often made public in printed spreadsheets, which can only be converted to a useful format for tech companies manually — "a time-intensive and needless exercise," the white paper said.

A dose of caution

Representatives of the electric-utility industry said that the suggestions in the white paper could work, within bounds.

"The utility has a right to be cautious about what it shares," said Paul Zummo, the manager of policy research at the American Public Power Association, a trade association for city-owned power companies.

Utilities are under constant scrutiny from regulators and customers over costs, reliability, safety and an ever-growing concern over cybersecurity.

With a lot of information about a small region of the grid, it’s possible for a hacker to snoop on a single customer, Zummo said. And with information about exactly where a utility is most under strain, a technology company could gain unfair market intelligence on the utility itself.

Owens of EEI said he supports "data analytics" that can improve the grid. But he hopes distributed-energy providers will acknowledge that sharing certain kinds of data could put the grid at risk.

"We’d have very substantial sensitivity if you’re asking for very specific substation data, very specific data on where our critical vulnerabilities are on our system," Owens said. "We’d have a problem with that."

The most politically active of the white paper’s authors is TechNet. Opening up energy data will be "one of the top priorities" for the group starting next month, according to Deveau, the group’s executive director for California. She added that the group will seek to persuade state-level legislators and regulators.

TechNet is an advocacy group founded two decades ago to represent the high-tech industry to policymakers. In recent years its roster has expanded to an eclectic mix of more than 70 members, including tech giants (like Amazon.com and Cisco), other stalwarts of business (General Motors, Visa, Nasdaq) and a wide array of young tech companies, including many working in distributed energy.

It is unusual for energy to figure so prominently for the group, which advocates on issues as diverse as patent law, taxes and immigration.

TechNet’s activities include fundraising for political donations, which in 2016 included $500,000 on lobbying and almost $50,000 in political donations to an array of Democratic and Republican congressional candidates, according to data from the Center for Responsive Politics.