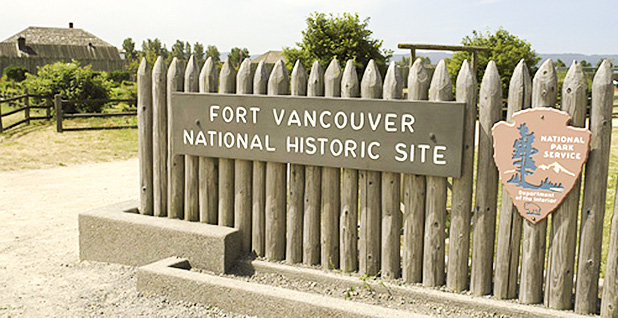 The National Park Service’s newly revealed plan to relocate its Pacific West Regional Office headquarters from San Francisco to Vancouver, Wash., would save millions of dollars but also disrupt some careers and possibly pose some political challenges.

None of it is trivial, but the benefits outweigh the costs, officials believe.

First disclosed to staffers in a memo last week, the plan calls for moving the regional office from its leased space at 333 Bush St. in San Francisco’s Financial District to a vacant Park Service building located 644 miles away at the Fort Vancouver National Historic Site.

Munoz cited "the more favorable cost of living, the expected long-term taxpayer savings from using an NPS-owned building rather than leasing, and the preservation benefits of adapting a historic building for modern use" as reasons for the move.

The less expensive living in Vancouver means the Park Service can save money on salaries, officials say. For instance, the median cost of a house in San Francisco is $1.1 million, compared to $254,000 in Vancouver.

All told, the Park Service estimates the proposal will save more than $2 million a year in rent and says it could reduce salary and benefits costs by about $1.8 million a year.

"We have struggled with recruitment in San Francisco for years due to the high cost of living," Pacific West Regional Director Stan Austin wrote in a May 29 memo first reported on by KQED.

Austin was appointed as the Pacific West’s regional director in January, after previously serving as director of the Atlanta-based Southeast Region (E&E News PM, Jan. 26). His big proposal has, so far, garnered both praise and uncertainty.

"The new regional director hasn’t been there long enough to effectively participate in the proposal planning, which suggests this is being imposed from above, not arising from the people and programs most affected," Duncan Morrow, a former assistant to NPS directors, said in an email today.

Morrow, who served in both Democratic and Republican administrations, further noted that "every major move causes upheaval," and he enumerated key questions that include:

But Jonathan Jarvis, a former Park Service director, noted that the move out of San Francisco has "been long considered" and appears to offer tangible benefits. Jarvis previously served as Pacific West regional director.

"I think it’s a smart move for a lot of reasons," Jarvis said in an email today.

The Park Service anticipates completing the move by 2021, when the current lease on the San Francisco office space will expire. Congress would have to give a green light through a "reprogramming of funds" that could pit regional lawmakers against one another.

The questions and ensuing answers, moreover, could have broader applicability, as Interior officials move ahead on department reorganization plans that may entail shifting other agency headquarters out of Washington, D.C. (Greenwire, May 11).

The regional office currently employs about 150 people in portions of a 43-story building that is "surrounded by many of San Francisco’s top restaurants, cinemas and hotels, as well as the world-class shopping destination of Union Square," according to the building’s website.

"We recognize that many of you are thinking about what this move means personally, as well as what this means in terms of the service we provide and the relationships we have," Austin acknowledged in his memo.

The region has a base operating budget of over $300 million and includes sprawling and iconic parks like Yosemite and Mount Rainier as well as the smaller 210-acre Fort Vancouver site, which despite its modest size still draws more than a million visitors annually.