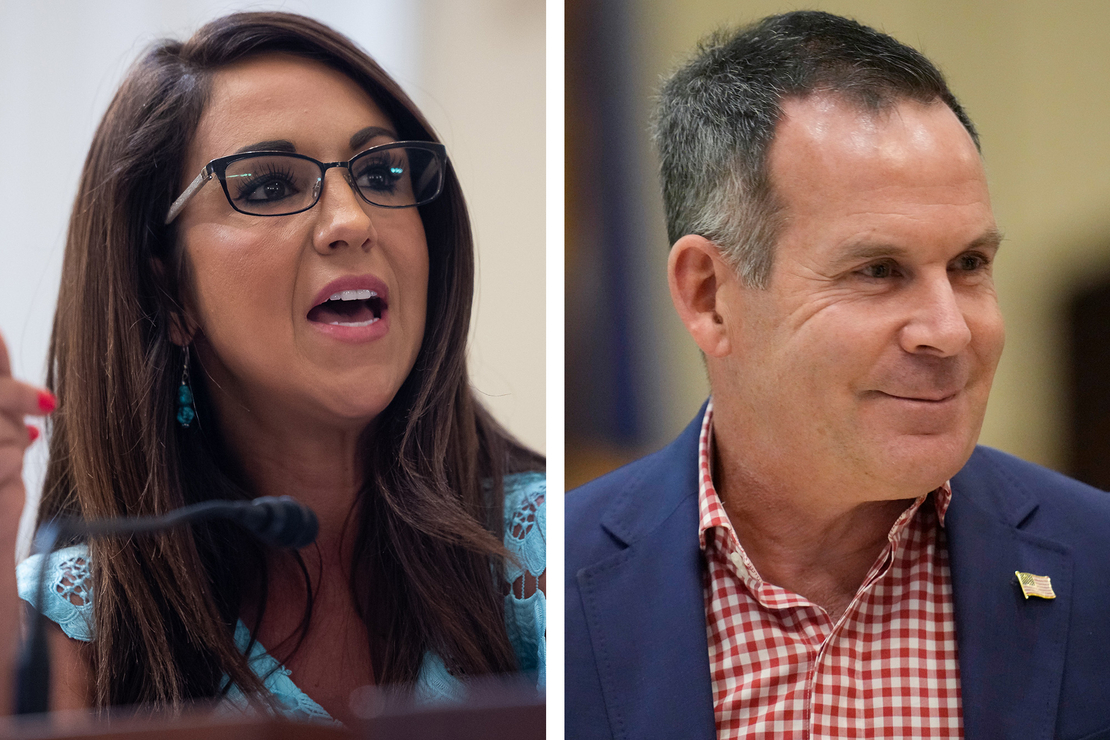 Former Aspen City Council Member Adam Frisch had 149,698 votes to the first-term Republican’s 147,249 — less than a 1-percentage-point margin as of midday, according to the Colorado secretary of state. The Associated Press reported that 7 percent of the vote remained to be tallied, with no final counts in any of the district’s 27 counties.

“We’re excited about where we are. We’d much rather be in our position than where Lauren Boebert is,” Frisch said at his election night rally. “Every vote needs to count.”

Boebert had been expected to cruise to a second term after state legislators added more Republican voters to the district, which spans Colorado’s western edge and sprawls along its southern state line.

No Democrat has won in the 3rd District since 2010, when former Rep. John Salazar — the older brother of former Interior Secretary Ken Salazar — lost his bid for a fourth term.

Frisch, who campaigned against Boebert by characterizing the incumbent’s brash style as “anger-tainment,” acknowledged his unlikely position in remarks to his supporters last night.

“These 27 counties were won by Donald Trump by 15 points in 2016. It should have been a 7- or 10-point loss, and right now, we’re winning by 2 or 3 points,” Frisch said, “which is great, right? But don’t be shocked if we end up with a smaller lead, and hopefully, we’ll hold on to that. Those last couple miles of these long races are always the slowest ones.”

“He was tenacious. He doggedly traveled the district. He successfully painted himself as a moderate Democrat. I don’t know if that’s real or not, but he successfully did so,” Wadhams said.

He asserted that voters sent Boebert, who has drawn scrutiny for her use of Christian nationalist rhetoric, a warning in the GOP primary earlier this year. In that race, state Sen. Don Coram claimed 36 percent of the vote.

Boebert herself won the 3rd District seat in 2020 after ousting then-Rep. Scott Tipton (R) in the primary.

“It strains my imagination that most of that 36 percent that Coram got in the primary would vote for her in the general election,” Wadhams said. “They voted against the incumbent for a reason in the Republican primary.”

Still, Wadhams said of where Boebert stood this morning: “I must say I was surprised. I did not expect this race to be close. I thought it would be a 5- or 6-point race for her.”

Among the areas where Boebert lost were Pueblo County and Garfield County, which includes her hometown of Rifle. Boebert likewise lost in her home county in her 2020 bid.

Wadhams suggested Boebert’s national profile may have led voters to believe she had not focused sufficiently on issues key to the district, including “energy, water and public lands.”

“It matters to those voters if their members of Congress devote themselves to those issues,” Wadhams said. “What might have been in play is they watched their member of Congress spend a lot of time on the national stage. It might have invited questions about, ‘Is she really taking care of the district?'”

In a debate with Boebert last month, Frisch made the persistent drought in the West a key issue, arguing that water rights in the shrinking Colorado River Basin must be a focus for the district’s representative (E&E Daily, Oct. 19).

“There’s going to be eight people from Colorado sitting across the table from 52 members of Congress from California,” Frisch said. “And I ask you and your family and your business to think about, ‘Who do you want sitting in that chair in Washington, D.C., focused in a competent way to make sure that water stays here?’”