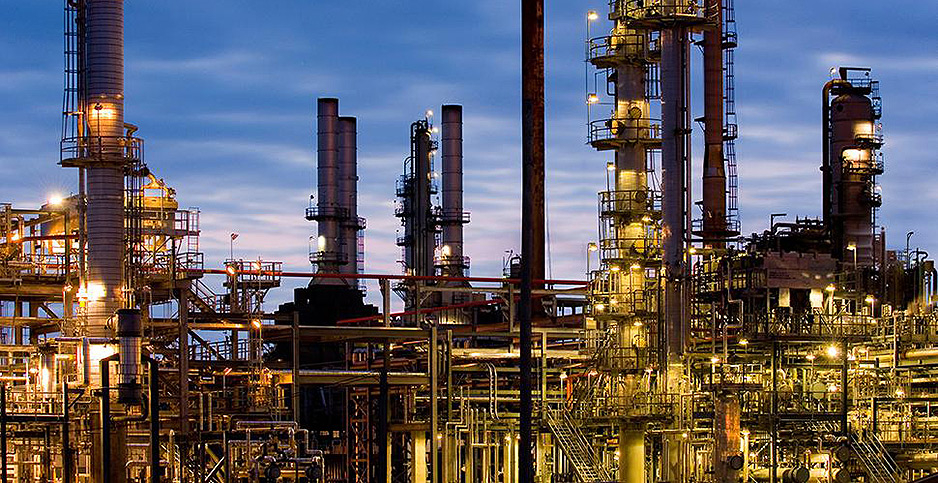 The Byhalia Connection oil pipeline would connect the Diamond pipeline and the Valero Memphis Refinery, pictured above, to the Capline pipeline at a terminal on the other side of Memphis. The refinery is also connected to Capline by another system, the Collierville crude pipeline. Valero Corp.

The debate about an oil pipeline in Memphis called Byhalia Connection is getting louder by the day, with complaints of "environmental racism" on one side and calls for economic development on the other.

But there’s a key issue on which both sides are all but silent: There’s already a pipeline connecting the same two points that the 50-mile Byhalia project would link.

The fight has caught the attention of national figures such as former Vice President Al Gore, along with lawmakers and influential green groups. The Biden administration could be drawn in now that opponents are suing over a federal permit obtained for the project, and the Justice Department will be deciding how to respond.

The planned Byhalia pipeline would link Valero Energy Corp.’s Memphis refinery with the Capline pipeline on the other side of the city. Activists and the Memphis City Council oppose the route, among other reasons, because several miles of it would run through low-income Black neighborhoods.

Valero’s refinery, though, is already connected to Capline by a system called the Collierville crude pipeline, which doesn’t run through those neighborhoods.

Jim Kovarik, executive director of the environmental group Protect Our Aquifer, said he has wondered why developers don’t use the pipeline that is already there and operated by one of the joint venture partners in the Byhalia project. He’s heard that the Collierville line is considered too small.

"Why not run alongside it?" he said he’s asked. "I’ve never gotten an answer."

The pipeline developers, Valero and Plains All American Pipeline LP, have offered a variety of explanations, but not a definitive reason for not using the existing line, or the land around it.

For years, that Collierville line delivered oil from Capline to the refinery. But that ended after Valero and Plains completed yet another oil conduit — the Diamond pipeline between Memphis and Cushing, Okla.

Now Plains and Marathon Pipe Line LLC are in the process of reversing the flow of the 631-mile Capline to carry oil from the north down to Louisiana. And the 24-inch Byhalia pipeline would connect it to the Diamond line, the final piece in the plan to move Bakken Shale crude from Oklahoma to the Gulf Coast, where much of it will likely be exported.

The Federal Energy Regulatory Commission, according to a notice made public this week, is accepting comments through April 30 on the plan to reverse the flow of Capline.

Operated by Valero, the existing Collierville line is a 52-mile bidirectional system of 10- to 20-inch pipe. According to Valero filings with FERC, it carries crude back and forth between Capline and the Memphis refinery.

In an analysis submitted to the Tennessee Department of Environment and Conservation, the companies behind the Byhalia project called it "impracticable" to build that pipeline in the same pathway.

It notes that route would cross a stream called Nonconnah Creek four times and runs near a levee system that could be damaged by construction. The analysis also says the "presence of existing utilities and other infrastructure" in the path would make construction difficult.

But the companies’ description doesn’t mention that an oil pipeline is already there. Andrew Rosenberg, a biologist and former federal regulator who is now director of the Center for Science and Democracy at the Union of Concerned Scientists, says that distorts the analysis.

"Ignoring that there’s an existing pipeline is weird," he said. "It’s already a disturbed area."

Regulators and developers often try to direct industrial projects to areas that already have them. But an explanation from Plains spokeswoman Katie Martin suggests that the existing pipeline may have been a factor in choosing to avoid the route.

"Other routes the project considered were rejected because of factors such as other existing utilities and pipeline infrastructure," Martin said in written responses to questions from E&E News.

Martin said the company looked for a route with the "fewest collective impacts."

In a recent open letter to the community, Plains Vice President Roy Lamoreaux said the company "chose a route across mostly vacant property to limit impacts to this community."

In their analysis, the companies rejected the "no action alternative" — not building a pipeline — because it "does not meet the project’s overall purpose of providing a connection" between Diamond and Capline. It does not mention that they are already connected by an existing line.

In November, Tennessee regulators approved the pipeline route with an analysis that was nearly identical to what the company had sent originally.

TDEC spokeswoman Kim Schofinski, citing litigation, declined to comment on the water permit beyond noting that it is not a permit for the full project or operation of the pipeline.

The Army Corps of Engineers, in a February letter to Rep. Steve Cohen (D-Tenn.), said the Memphis District is "currently reviewing its files" about the Collierville line. Army Corps officials referred questions about that review to the Justice Department, which did not respond to questions sent by E&E News.

The existing line has not been the focus of any of the Byhalia project’s opponents. But at a City Council meeting in March, Southern Environmental Law Center attorney George Nolan said, as an aside, that the existing line is smaller than what Valero and Plains are proposing and doesn’t pose as much of a threat.

The Byhalia connection route chosen by Valero and Plains and approved by the state runs south from the Memphis refinery through low-income, Black neighborhoods such as Boxtown, settled by formerly enslaved people after the Civil War.

From there, it would sweep east in a semicircle around the outer suburbs of Memphis in northern Mississippi to a tank farm called the Collierville Terminal. The vast majority of the proposed route is in Mississippi.

The existing Collierville line runs east from the refinery toward the city’s airport, avoiding the majority minority neighborhoods to the south.

Much of it runs along vacant land between an interstate highway and Nonconnah Creek, and in places crosses the creek. It turns south along the airport boundary and through a wooded area before turning east toward the Collierville Terminal in Mississippi.

In Mississippi, it stretches along railroad tracks and through industrial areas, but also along roads that run past large-lot homes.

City-owned utility Memphis Light, Gas and Water (MLGW) owns 13 miles of the pipeline on the Tennessee side of the line and leases it to Valero. Records show the lease is renewable through 2046. Some of the right of way is owned by the city for the benefit of the utility.

The Memphis City Council unanimously passed a resolution in March opposing the pipeline and asking the companies to find another route that doesn’t go through Memphis (Energywire, March 17). The council also gave preliminary approval to an ordinance that would strictly regulate pipelines through the city. The final vote is set for April 20, and passage would likely lead to litigation between the companies and the city.

The city’s resolution against the pipeline also urges MLGW to work with the City Council on legislation to protect water well areas from pollution.

Proposed in 2019, the Byhalia project is drawing fire from citizens groups including Memphis Community Against Pollution (MCAP) and environmental organizations including SELC, Protect Our Aquifer and the Sierra Club. SELC last year led the successful legal effort to stop the Atlantic Coast pipeline.

Opponents say neighborhoods in southwest Memphis where the pipeline would be located have already borne the burden of too much pollution from the nearby Valero refinery, a closed coal-fired power plant and an active natural gas power plant. They also say that a pipeline spill could damage the aquifer that Memphis and the surrounding region rely on for drinking water.

Gore raised the profile of the debate shortly before the initial City Council vote, calling the pipeline a "reckless, racist rip-off." The former vice president is now chairman of the Climate Reality Project, a nonprofit he founded to combat climate change.

The pipeline has a water permit from the state. It also has a wetlands permit from the Army Corps for the length of the project. The Army Corps permit is a blanket approval under the agency’s controversial nationwide permit program for pipelines. But agency officials have stressed that the approval is narrowly confined to the effects of construction on streams and wetlands, and doesn’t override the need for any local or state approval.

Cohen, who represents Memphis, has urged President Biden to block the project (Energywire, Feb. 23). No action has been taken in response to his letter.

Earlier this month, SELC filed suit against the Army Corps permit on behalf of MCAP, Protect Our Aquifer and the Sierra Club, seeking to overturn the federal water permit (Greenwire, April 2).