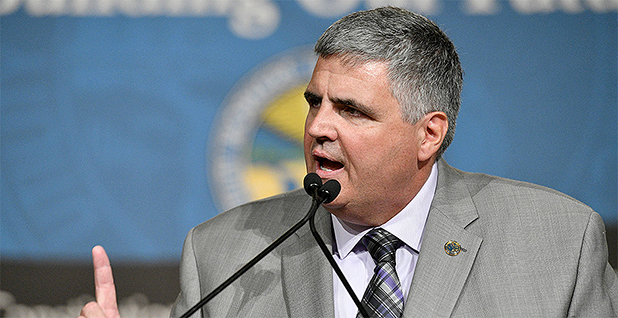 "Had that been in place when the pandemic hit, we would’ve had, obviously, a mandate that companies have the personal protective equipment that was needed and required," she said. "They would’ve educated their workforce … so everyone knew exactly what was required to stay safe during a health care crisis like this, and there would have been enforcement."

In April, Bloomberg Law reported that Secretary of Labor Eugene Scalia had defended OSHA’s approach to the coronavirus situation and the lack of a regulation specific to the virus.

Jessica Skoczylas, a gas utility worker and union member in Michigan, told reporters yesterday about some of her pandemic experiences. When the situation began, Skoczylas said, she and co-workers "were terrified to walk into a customer’s home."

Others on yesterday’s call held by the AFL-CIO described supply shortages of items like hand sanitizer, paper towels and certain face masks. Speakers suggested the situation has improved in many areas, though it will be something to continue to monitor and remains an issue in places.

Other topics, he said, include COVID-19 testing and antibody testing that utilities may do. Colston said a recent issue being addressed is possible contact tracing to track people within the time of work and the contacts they’ve had.