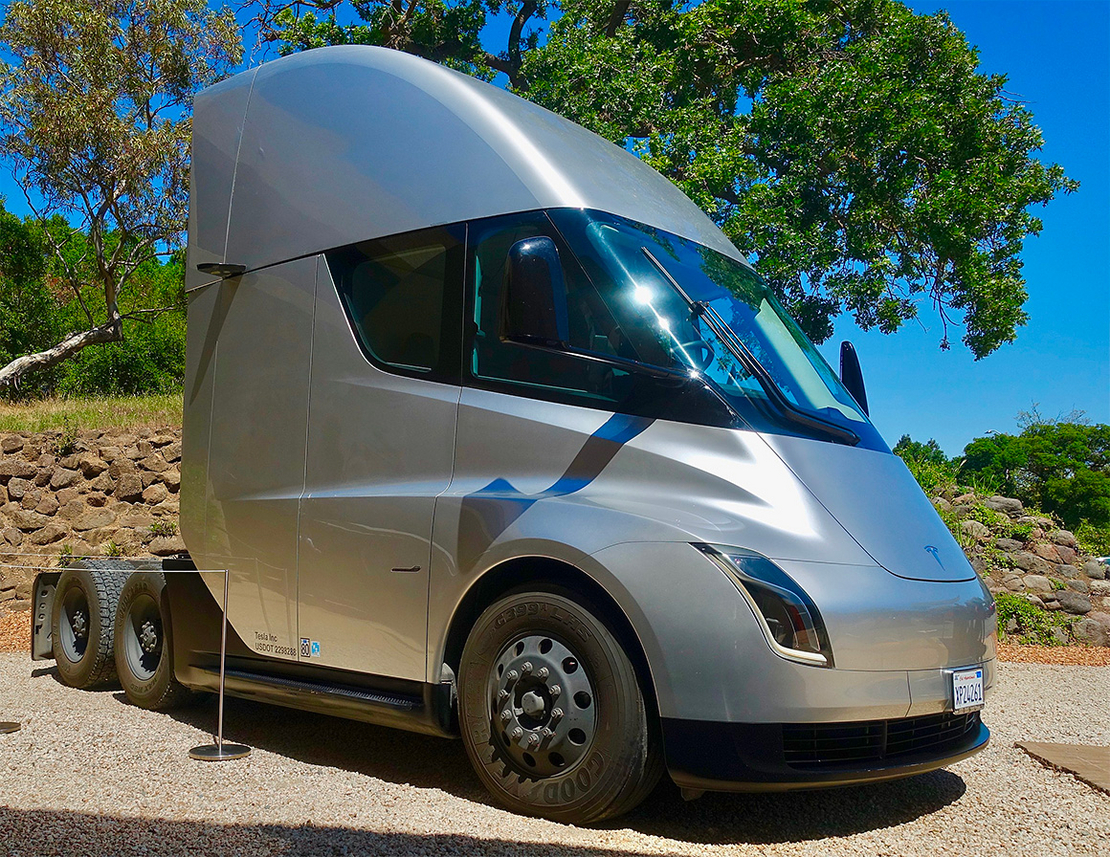 Tesla Inc. said on Tuesday that it would spend $3.6 billion on a major expansion of its factory in Nevada, including a production line for electric semitrucks. Steve Jurvetson/Wikipedia

Tesla Inc. unveiled plans Tuesday for a giant $3.6 billion expansion of its factory in Nevada that would nearly triple the company’s U.S. production of battery cells and produce large numbers of electric semitrucks.

The growth plan swings the EV manufacturing spotlight back to Tesla after more than a year when other automakers, from Ford Motor Co. to Hyundai Motor Co. to Rivian Automotive Inc., announced their own EV factories and seemed to embody momentum in the electric vehicle market.

Tesla created shock waves when it declared in 2014 that it would build the world’s first “Gigafactory” to produce prodigious numbers of EV batteries in the arid lands outside Reno. The site has since cranked out batteries as promised but has been eclipsed in the public mind by fresher Tesla factories in Shanghai, Texas and Germany.

The $3.6 billion or more that Tesla proposes to spend is nearly equal to what it spent to build the first Nevada factory. The expansion will add 3,000 permanent workers to the 11,000 it already hired there, Tesla said in a blog post titled “Continuing Our Investment in Nevada.”

The White House, which has had an on-again, off-again relationship with Tesla, noted the new factory efforts as an important development. Mitch Landrieu, the infrastructure coordinator at the White House, said the factories would play a role “helping America lead in clean energy manufacturing, strengthening our energy security and ultimately lowering costs for families.”

The construction news burnishes Tesla’s manufacturing credibility at an intense moment for the company and its mercurial CEO, Elon Musk. The automaker faces stiffening competition from other automakers and Musk’s business decisions are under the magnifying glass.

The news laid to rest long speculation about where Tesla would carry out large-scale production of its Semi electric truck. For over a year now, Tesla watchers have pored over images of the company’s buildings in Sparks, Nev., and in Austin, Texas, for clues for which would be the production site (Energywire, June 10, 2022). The first models were delivered to PepsiCo Inc. at the Nevada factory last month.

Tesla said its new factory would produce 100 gigawatt-hours of battery cells annually. That is nearly triple the 37 GWh average annual production that Tesla claims it has achieved at its existing building in the desert in Sparks. The new batteries would be sufficient to supply two million passenger EVs a year, Tesla said.

The cells will be Tesla’s proprietary 4680 cell, a larger-format battery than it produces in its collaboration with Panasonic Holdings Corp. at the existing Nevada site.

It was not immediately clear if the Semi and battery production would occur under the same roof as the existing factory. The older site has room to expand, but on Tuesday, Tesla tweeted images of a new stand-alone building.

The factory news comes as Tesla is set to announce its most recent quarterly earnings today. Wedbush Securities Inc. analyst Daniel Ives in a note to investors called it “one of the most important earnings calls in its history” because of “fierce competition coming from all angles.”

Musk has drawn intense criticism from Tesla investors who worry about his absorption with Twitter Inc., the social media platform that he bought in October and that has subsequently occupied much of his bandwidth.

On the call, Musk will inevitably field questions about how much time he has available to run the world’s largest electric automaker. Tesla also faces doubts about its profitability, in the wake of the company’s decision earlier this month to slash prices on its bestselling models. The company did not respond to request for comment.