Tesla’s ex-storage chief on Trump, Musk and the ‘holy grail’ 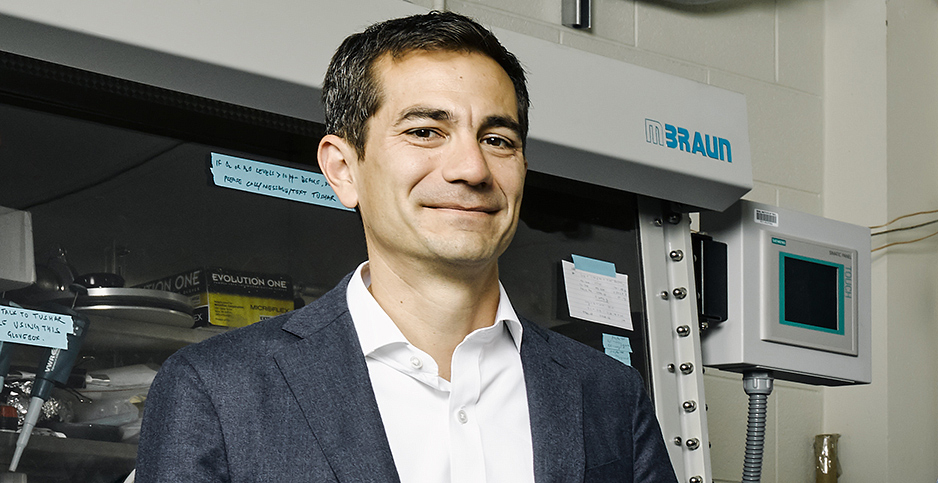 Mateo Jaramillo has convinced some of the world’s wealthiest and most influential energy technology investors that his battery can drive natural gas off the grid. That promise is about to be put to its first major test.

Jaramillo’s company, Massachusetts-based startup Form Energy Inc., announced last week the first real-world pilot of its "aqueous air" battery — a technology that can discharge 1 megawatt of power for about 150 hours straight, according to the company. The 150-hour-duration battery runs roughly 20 to 40 times longer than lithium-ion batteries, which are currently used to store and back up solar power when the sun isn’t shining.

The pilot is the fruit of a partnership with Great River Energy, a Minnesota-based utility that is planning a transition to a lower-carbon power mix. The new battery will be tested through 2023 at Great River Energy’s Cambridge Station gas plant in Minnesota.

Separately, the utility said last week that it would close a North Dakota coal plant that provides power for 700,000 people, while contracting for an additional 1,100 MW of wind energy (Energywire, May 8).

"Aqueous" batteries use a water-based solution to carry the electrical current, but Form Energy has divulged few specifics on its technology’s chemistry or how it will be deployed beyond suggesting it could avoid the use of high-cost metals like nickel or cobalt. A company press release last week described the battery as leveraging "some of the safest, cheapest, most abundant materials on the planet."

Form Energy and its chief executive Jaramillo, who left his post as Tesla Inc.’s head of storage in 2017, have been known in the clean energy world since getting investment backing from companies led by Microsoft Corp. co-founder Bill Gates and the Massachusetts Institute of Technology.

"We didn’t have [a specific battery technology] in hand" at the time of that first funding round, said Jaramillo. "Aside from the capital, they gave us the mandate to go and figure out what the right type of solution was. … They gave us the hunting license to do the right thing."

Cheap, long-duration batteries are viewed as critical for higher levels of renewables by federal researchers. If days’ or weeks’ worth of wind and solar electricity can be stored cheaply enough, the thinking goes, grid operators could count on renewables to provide a more reliable stream of "baseload" power, regardless of the weather.

"An affordable battery with 150 hours of storage capability would potentially be the ‘holy grail’" for balancing a heavily renewable grid, Ryan Hledik, a storage analyst at the Brattle Group, wrote in an email to E&E News.

The company will have to prove its battery can do all this reliably — and cheaply, if the technology ever has a chance of catching on.

"The long-term vision is, this is the battery that replaces coal and natural gas with renewables. Gets rid of them entirely," said Jaramillo.

Jaramillo spoke to E&E News last week about his journey from divinity school to Tesla, what he learned from Elon Musk and what Form Energy is trying to pull off.

Why did you leave Tesla?

It was just time for me to move on. From 2009 to 2016, when I left, the company went from 300 employees to about 30,000 or so, and it was just a different place from where I felt I could have the greatest amount of impact. And I needed a break, as well. I left without any specific idea for what I was gonna do next. But I found it was hard to think about much else other than storage. I started to go down the path of thinking what kind of storage you would need to replace thermal generation on the grid.

What did you learn from Elon Musk about running a company?

Probably the thing that’s impossible not to learn there is the importance of the mission and just what a rallying element that is. There’s really no sense in it if you don’t have a great mission or a meaning. You’re going to have a really hard time to get people to really commit and stick through the hard times. You also need to have a really clearly articulated mission. Not just something that’s corporate-speak. The other part of it is the difference between having very good people and the absolute best people.

It sounds immodest to do what we’re trying to do — retire thermal generation — but we think it’s worthwhile. Not only that, but from an entrepreneurial perspective, it’s the biggest opportunity I can think of, and it will frankly generate a lot of wealth going into this next phase of the world.

Musk recently reopened his factory in Fremont, Calif., against county orders. Do you agree with what he’s doing?

I’m not going to comment on Elon. He’s his own person.

What are your feelings about how the president and Congress have handled the pandemic with respect to its impacts on energy industries?

That’s a very broad topic. To be totally candid, I get the sense that the power industry is an afterthought for all the other stuff going on right now. If an infrastructure bill comes out, I think it’d be the main place where this issue would get treated. Broadly speaking, I think it’s a stable industry right now. Yes, electricity demand is down. But the entities who operate it within it are quite stable.

President Trump has mocked renewable energy in the past. Are you concerned that he might use the present crisis as a pretext to kill off those industries?

No, the renewable energy industry is a fixture of America at this point. It employs hundreds of thousands of people, and it’s a wealth creator. So I don’t think the actions of a specific administration are going to sway things too much. The technology is only getting cheaper and better. Americans want cheap power, and they’re going to get it renewably.

Coming out of COVID-19, how important will it be to have new policy supports for energy storage?

It would be a missed opportunity, for sure, if it’s not considered. Energy storage has not been explicitly written in as a qualifying technology for the stand-alone tax credit alongside wind and solar. There’s been a long-running attempt to get that written in.

I think it’s important to think about the entire [power] system and what kinds of assets we need across all functions, as I mentioned. So it would be a missed opportunity if storage is not considered in [a recovery package]. And there’ll be every opportunity to do that.

Your company says that its aqueous air batteries can deliver power for 150 hours continuously. How? And how cheaply?

Right now, we can’t say too much about the performance. That would get into the chemistry and science, and we’re not really ready to talk about that.

Any battery can be made to charge or discharge slowly. The trick is doing so at the rated power.

What we’re trying to do with our battery is allow renewables to replace the higher-capacity plants [like combined-cycle gas], not the lower-capacity ones [like peaker plants]. Lithium-ion can take care of the peakers. We don’t crowd out lithium-ion.

I’ll just say that we expect our battery to be competitive in the range of what you get out of the other [high-capacity] resources out there today. In the $1,000- to $2,000-per-kilowatt range. That’s where we expect it to be.

How did the pilot with Great River Energy come together?

We met them at a conference. Our president, Ted Wiley, had the chance to present there. Jon Brekke, the vice president at Great River Energy, approached Ted after the talk and said, "We have a problem you might be able to help us with. … How do I think about the future of my grid, since some of these thermal resources are not going to be around forever?"

At the time, we didn’t have a solution in hand. We only had an analytical foundation to make a quantitative assessment of value. We did a lot of analysis together, over a couple of years, to look at a range of options for storage.

For Form Energy, this pilot is meant to test the first iteration under real-world conditions, use cases and scenarios. And this is a test for GRE and their stakeholders to prove that this transition has multiple options for them. In the utility industry, nobody wants to go first.

How is your aqueous air technology different from lithium-ion batteries?

With lithium-ion batteries, their use case is, more or less, that you charge them for a few hours and you discharge for a few hours. You can get thousands of cycles out of them. For cars and laptops and cellphones, that’s great, because you can use them every single day.

Batteries are like humans. They’re all flawed in their own special ways. The trick is to find the right fit for each battery. What is it I really care about, and what could I give up?

How did you get started in the energy business?

My on-ramp was not as a classic tree-hugger, per se, but really from a humanist perspective. My parents were public servants. My father was a lawyer for farmworkers, and the environmental justice work that he and his firm did was one of those inspiring moments for me. I just saw renewable energy as a way not just to be stewards of the world but to be stewards of each other.

About 17 years ago, I went to divinity school and realized I was not cut out for the priesthood, so I’d better find out what my vocation was. I made a return to the way I grew up. My approach was to come at it from a technical way. I had studied environmental economics. I looked at the state of the market and saw that wind and solar were coming down pretty substantially in terms of cost. I just made the bet that storage would be important. I found an early-stage company in New York to be a part of. That led to Tesla some years later.