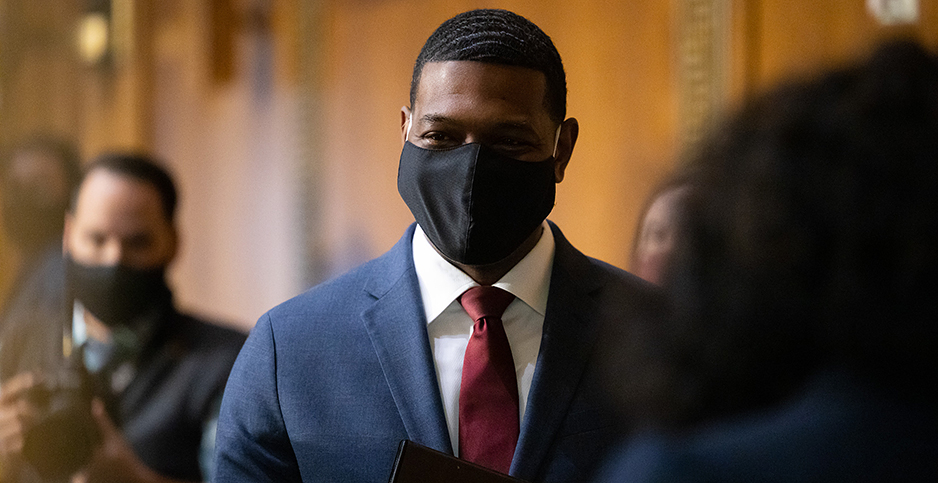 The nominee was new, but the arguments weren’t.

But most Republicans on the Senate Environment and Public Works Committee hewed to the same messages they used against Democrats under the last two presidential administrations: Climate policy hurts the economy, and past reductions in U.S. greenhouse gases demonstrate that emissions regulation is unnecessary.

"It’s war on fossil fuels. I thought that was behind us for a while, and it looks like it might be coming back," said Sen. Jim Inhofe (R-Okla.), falsely claiming that Democrats want to ban air travel and restrict beef diets.

Democrats have grown more confident that climate politics play to their advantage. They say they’ve learned from past mistakes, like dwelling on the costs of inaction. Now they’re emphasizing the benefits of tangible policies like climate-focused infrastructure spending, they say.

Biden’s climate plan "not only looks at regulations that will come from EPA, but investment strategies that come from the broader government," Regan said.

Republicans’ climate messaging is the same "comic & dissonant tactic that fell so flat during the 2020 presidential campaign," John Walke, clean air director of the Natural Resources Defense Council, said in an email.

"They do appear to be resorting to less direct ‘climate denialism’ or ‘climate skepticism,’ instead pivoting to the alleged impossibility or hopelessness or extravagant costs of solutions," he said.

Republicans said they’re raising the same criticisms because the problems are duplicate — and so is some of the personnel.

Democrats hope to follow those moves with massive spending on clean energy, infrastructure projects and other job-creating initiatives. Biden campaigned on a $2 trillion climate plan with at least 40% of the benefits going to vulnerable and marginalized communities, including those losing jobs in the energy transition.

But in the meantime, Republicans are the ones who can point to real-world impacts from Biden’s policies.

The company constructing the Keystone pipeline said Biden’s order forced it to lay off thousands of workers who were building it. Some Western officials worry that halting new oil and gas leases on federal land could blow a hole in their state budgets.

Republicans contrasted those data points against Kerry’s comments at a White House press briefing last week in which he suggested that fossil fuel workers could make a "better choice" by installing solar panels, as well as a snippet from Energy secretary nominee Jennifer Granholm’s confirmation hearing in which she talked about "sacrificed" jobs.

Sen. Dan Sullivan (R-Alaska) said that attitude was "condescending," a familiar criticism during the Obama years.

"We’re in a deep recession. Millions of people are out of work. These [fossil fuel jobs] are some of the best jobs in the country, certainly in my state," Sullivan said.

"If you lose an oil and gas job in Alaska, or North Dakota, or Texas, what can you replace it with? … Nobody has an answer. It’s a strategy and a policy that makes no sense."

"Right now they look like they’re putting forward a strategy that will crush jobs, lower the amount of energy we produce. And the only replacement is no jobs in this sector and importing more oil and gas from countries like Russia and Venezuela."

Ironically, Republicans’ focus on Biden and other White House officials diverted some of the attention from Regan, who faced questioning that was warm rather than hot.

Regan, the secretary of North Carolina’s Department of Environmental Quality, was introduced by his home-state senators, Richard Burr and Thom Tillis, two Republicans. Both emphasized Regan’s openness and collaborative approach in government.

Regan himself responded to Republican criticism of Biden’s climate agenda by pledging to work with Congress to alleviate their concerns.

"So we have a ton of time, in my opinion, to aim for these goals but massage the processes by which we would achieve those goals."

That approach seemed well-received among Republicans.

Addressing Regan, Capito said the Biden administration’s approach reminded her of "the past several years during the Obama administration, where now we see some of the same players — not you, you’re a fresh face, very transparent, very ready to work. And I really welcome that."