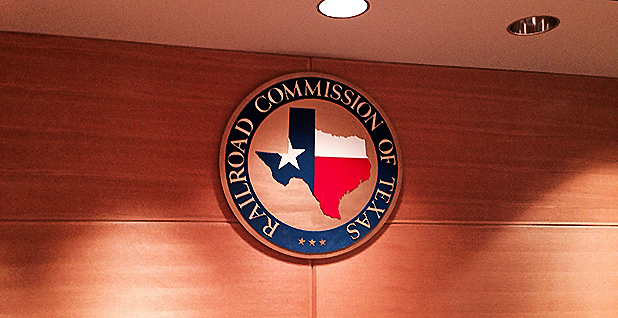 Elected members of the Railroad Commission of Texas passed a rule Tuesday that requires operators of such lines to take "appropriate" action to fix safety hazards.

The proposal is far weaker than the suite of rules proposed by commission staff last summer that would have required rural lines to be marked and surveyed for leaks along with other requirements (Energywire, July 19).

Industry signaled support for the new rule, but an environmental group complained that the commissioners gutted the original proposal.

"What’s left is barely even a shell of the original proposal," said Colin Leyden, senior manager of state regulation and legislative affairs at the Environmental Defense Fund. "This is a real swing and miss on the part of the agency."

The changes made by the elected officials, Leyden said, will likely make the agency’s staff less likely to propose ambitious rules in the future.

The Texas rules come as the Trump administration weighs national rules for gathering lines. Safety advocates and industry executives have feuded over the rules for years, and a compromise proposal is under attack from the industry’s largest lobbying group (Energywire, Nov. 25).

The Railroad Commission rules would cover only Texas. But as the country’s leading gas producer, the Lone Star State accounts for a huge share of the country’s gathering lines.

Gathering lines are commonly small pipelines that carry oil and gas from wells to processing sites. But the industry has been building large, high-pressure gas pipelines that legally qualify as gathering lines. So in rural areas, they’re not regulated despite their size.

Even relatively small gathering lines can be dangerous. In a two-week period in the summer of 2018, there were three fatal gathering line accidents in Texas’ Permian Basin. One explosion killed a 3-year-old girl and left her family members badly burned.

The industry had opposed the detailed staff proposal offered last summer, saying such requirements should be placed only on larger pipes. Industry leaders say small rural gathering lines aren’t risky enough to justify costly rules. They also urged the state to wait for federal gathering rules being developed by the Pipeline and Hazardous Materials Safety Administration.

In October, the commission rejected the staff’s detailed suite of rules in favor of a requirement that pipeline companies operate gathering lines in a "reasonably prudent" manner (Energywire, Oct. 10).

That decision was made by the three elected commissioners — Chairman Wayne Christian, Christi Craddick and Ryan Sitton.

But the GPA Midstream Association, representing gathering line companies, filed comments saying that standard was too vague and suggested the "appropriate action" language. The new provision says that appropriate actions for fixing hazardous conditions are "technically feasible, reasonable, and practicable."

"We appreciate the changes the Texas Railroad Commission made in response to our comments, and we look forward to complying with the regulations when they are issued," said Matthew Hite, GPA Midstream’s vice president of government affairs.

The proposal approved by the commissioners would, like the staff proposal, require gathering line operators to report accidents and cooperate with the agency’s investigations. Operators currently don’t have to do either when incidents occur in rural areas.