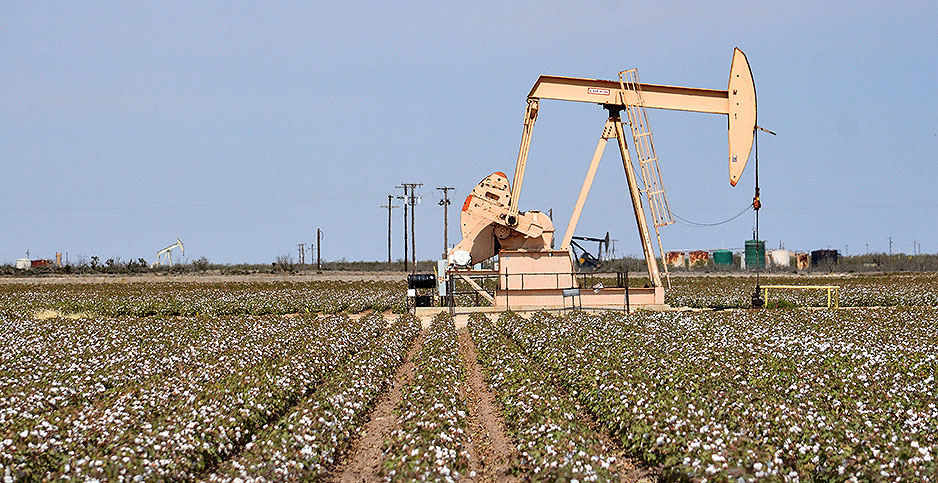 The 2020 election could be a pivotal moment for the oil industry in Texas, and thus the rest of the U.S. energy sector.

Oil producers have dominated the state’s politics since the 1920s and ’30s, and have helped cement the Republican Party’s control over the state Legislature and statewide offices.

But the state’s changing demographics and emerging Latino majority could be poised to bring about a change. Younger voters in Texas tend to be more interested in long-term solutions to climate change and other environmental issues, according to polls.

In addition to the presidential and congressional elections, voters in Texas will choose the entire state House of Representatives and more than half the state Senate. They’ll also pick a member of the state Railroad Commission, the oddly named agency that regulates the oil, gas and pipeline industries.

It’s all happening at a time when the state’s laissez-faire attitude toward regulation has allowed a historic oil boom — and as critics call for the state to do more to address climate change and the side effects of drilling, including natural gas flaring (Energywire, Aug. 7, 2019).

Although neither side is predicting an overnight change in environmental policy, even if Democrats win control of the statehouse, the 2020 election will have long-term impacts because the state legislators who take office will draw the voting districts for the next 10 years, analysts say. And that could ripple across the U.S. energy sector, since Texas is the nation’s biggest oil- and gas-producing state.

"We will see the consequences of this election for the next 10 years," said Carisa Lopez, political director at the Texas Freedom Network, a nonprofit group that’s trying to recruit young, progressive voters.

In the short term, a Democrat could change the balance of power on the Railroad Commission, where the three Republican members have split 2-1 on some votes, including a vote on flaring.

In the longer run, changing the makeup of the state Legislature could allow lawmakers to pass new environmental laws or reform the state’s regulatory agencies. Democrats attempted, for instance, to overhaul the Railroad Commission in 2017 and to pass pipeline safety measures in 2019. In both cases, they only passed some of the changes they sought (Energywire, May 19, 2017).

At the national level, Texas is expected to gain three congressional seats after the 2020 census, more than any other state. So the redistricting process at the state Legislature will have an even bigger impact than previous rounds.

Other states provide clues of how a Texas political flip could affect the oil and gas industry. For example, after winning control of both legislative chambers in Colorado in 2018, the state’s Democratic lawmakers passed a law that overhauled the state’s oil and gas regulations, making public safety a priority over the economic benefits.

Those types of changes could have an outsize effect in Texas, which is home to about a third of the nation’s oil production and refining capacity.

Turnout among Texas voters aged 18 to 29 roughly tripled in the 2018 midterm election, to 25.8% from 8.2% in 2014, according to data from Tufts University’s Center for Information and Research on Civic Learning and Engagement. A January 2019 report from the Pew Research Center said younger voters nationally are more likely than older voters to believe that humans are responsible for climate change.

The turnout pushed Democrat Beto O’Rourke within 3 percentage points of U.S. Sen. Ted Cruz (R) in the 2018 election. And it also helped Democrats pick up nine seats in the state House of Representatives and two state Senate seats that year.

Younger voters in Texas are more diverse than older generations — more than half the state’s public school students are Latino.

Some of Texas’ largest refineries are in poor communities in East Texas that are predominantly African American and Latino. And Hurricane Harvey, which killed dozens of people and caused $125 billion in damage in 2017, had an outsize effect on some of the same communities.

The oil industry is clearly paying attention to the demographic changes — and to the Democratic presidential candidates who’ve promised to ban fracking or cut back on oil production on federal land.

The industry hopes to persuade young voters that they’re sharing in the benefits of the oil and gas boom, both through tax revenue that the industry contributes to the state and through low energy prices, Karr Ingham, executive vice president of the Texas Alliance of Energy Producers, said in an interview.

At the same time, trade groups often struggle to connect with young voters, particularly about climate change, he said.

"We are all spending time figuring out how to be effective," Ingham said.

Yet it’s an open question whether turnout among younger voters will extend to down-ballot races like the Legislature or the state Railroad Commission, said Abby Kiesa, director of impact at the Tufts center.

Victoria DeFrancesco Soto, a lecturer at the University of Texas who studies political campaigns, said she’s "cautiously optimistic" that the increase in youth turnout will continue. At the same time, the oil industry has a lot of allies in both political parties, which could blunt any changes.

"There’s a relationship and there’s a mindset [among officeholders], and it’s going to take time to change that," she said.

Energy producers still hold a lot of advantages. Democrats haven’t won a statewide race outside of a few judicial positions in more than 20 years. And even after the big jump in turnout, the turnout rate for young voters is still about half the rate in the overall population.

Also, Texas allows unlimited campaign contributions to candidates, and the oil and gas industry has poured money into state-level races for years. The industry as a whole gave $7.8 million to legislative candidates in 2017 and 2018, according to the National Institute on Money in State Politics.

With the Texas Railroad Commission, Democratic candidates say they hope publicity about wasteful gas flaring in Texas’ oil fields will help win a seat on one of the state’s key regulatory agencies.

Three of the candidates — Chrysta Castañeda, Kelly Stone and Mark Watson — say they want the commission to cut back on flaring if they’re elected. A fourth, Roberto Alonzo, wasn’t available for comment.

The issue has gained national attention because of its climate impact. Flaring of natural gas nationally spiked by almost half a year ago, largely because of expanding oil production in Texas and North Dakota, according to a 2019 report (Energywire, June 14, 2019).

While Republicans control the commission the same way they control the rest of the state government, the challengers say they have a chance this year, also in part because of the youth vote.

"We are lighting on fire enough natural gas to power the city of Houston," said Castañeda, an attorney from Dallas who worked in the oil and gas industry for most of her career. "It’s time to have commissioners who enforce the law."

Other candidates like Stone, a former adjunct professor in health education at Texas State University, want the commission to address climate change beyond flaring.

"The fact of the matter is, we are in a climate crisis, and we cannot continue on the path that we are on," she said.

Watson, a Dallas attorney who also has oil and gas experience, originally considered running for a statewide judicial post. He said flaring and other issues have made the Railroad Commission unpopular with voters.

"Farmers, ranchers, and Texas families are not happy with the treatment they have received from the Railroad Commission," he wrote in an email.

The commission’s three elected Republican commissioners have been criticized for a string of decisions that have allowed oil companies to burn natural gas in flares rather than ship it to market.

Ryan Sitton, the incumbent commissioner and presumptive Republican nominee for the job, has been at the center of the flaring controversy. Oil producers have argued that there aren’t enough pipelines to transport the gas that’s co-produced in most oil wells and that gas prices are too low to justify building more pipe.

Sitton was part of a 2-1 vote that allowed an oil producer, Exco Resources Inc., to continue flaring natural gas from dozens of oil wells, even though the wells are connected to a pipeline system. The case was criticized in an editorial in USA Today.

In an interview, Sitton defended his vote on the flaring decision, saying the commission is allowed to take the cost of pipeline transportation into consideration when it considers flaring applications.

"The economics have been considered since the 1940s," he said.

He added that young people are also open to the GOP’s message about energy production. The oil and gas boom has brought jobs to rural areas of the state and has kept gasoline and electricity prices low.

Sitton has $2.5 million in his campaign account, thanks in part to Texas’ lax ethics laws. There are no limits on political contributions in the state, and members of the Railroad Commission are allowed to take donations from companies that have business before them.

Sitton said he’s the biggest single donor to his campaign and that contributions from the industry don’t affect his decisions.

"The people who donate to the Railroad Commission want good regulation — they’re the good actors," he said.