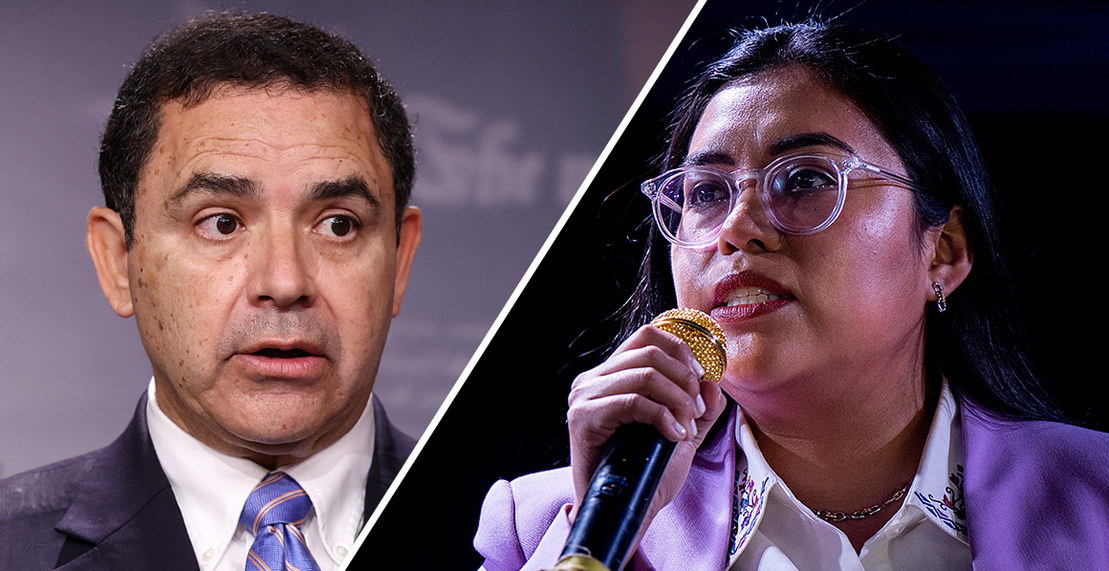 Voters in South Texas will decide tomorrow whether Rep. Henry Cuellar (D) should stay in Congress.

Cuellar and his Democratic primary challenger, immigration attorney Jessica Cisneros, will face off in a runoff, after Cuellar got slightly more votes in the March primary but not the majority needed to win outright (E&E Daily, March 2).

Cuellar is the most conservative Democrat in the House on a number of issues and one of the oil and natural gas industry’s top congressional allies. He’s long been a target of progressives, and Cisneros came within a few percentage points of ousting him in 2020.

Cisneros, a former intern for Cuellar who backs the Green New Deal and a quick phaseout of fossil fuels, argues that Cuellar’s values don’t align with the district that includes Laredo and parts of San Antonio.

Cisneros and her allies think the news this month that the Supreme Court is likely to overturn the Roe v. Wade decision that guarantees abortion rights will motivate voters to reject Cuellar.

Cuellar is the only Democrat in Congress who does not support abortion rights. He has said he wants to ban abortion but would support certain exceptions.

On energy, Cuellar has been an outspoken supporter of fossil fuels, often disagreeing with the Biden administration on matters like the Interior Department’s attempts to halt new permits for drilling on federal lands and offshore.

“Let’s allow that opportunity to do domestic drillings, so that we can have jobs here and, certainly, make sure that we don’t depend on another country when it comes to energy,” he said. “We do a much better job at producing energy. And again, we have to make sure we take advantage of that, for our economy and for our independence.”

Democrats have a slight edge in the 28th District, but the GOP thinks it has a chance to take the seat in the November general election.

A handful of other notable Texas races will have runoffs tomorrow.

In the 15th District, Democrats Ruben Ramirez and Michelle Vallejo will compete for the nomination. The district slightly favors Trump but is well within reach for the Democrats; the winner will face Republican Monica De La Cruz Hernandez. The incumbent, Rep. Vicente Gonzalez (D), is running in the 34th District, which is very safe for Democrats.

The 3rd District would have had a Republican runoff between incumbent Rep. Van Taylor and former Collin County Judge Keith Self. But Taylor dropped out of the race just hours after the March primary after admitting to an extramarital affair, leaving Self as the GOP nominee (E&E Daily, March 3).

Both parties will have runoffs for the Texas attorney general race.

Among Republicans, incumbent Ken Paxton and Land Commissioner George P. Bush advanced to a runoff, while on the Democratic side, civil rights attorney Rochelle Garza and former Galveston Mayor Joe Jaworski will face off. Paxton has been a frequent litigant against the environmental policies of the Obama and Biden administrations.

Accountant Mike Collier and state Rep. Michelle Beckley are competing for the Democratic nomination to be lieutenant governor.

The Republican Senate primary has taken numerous twists and turns, including former President Donald Trump supporting Rep. Mo Brooks for the race and then taking back the endorsement.

The other competitors in the primary include Katie Britt, former chief of staff to retiring incumbent Sen. Richard Shelby and head of the Business Council of Alabama; and Mike Durant, president of aerospace firm Pinnacle Solutions Inc. Lillie Boddie, Karla Dupriest and Jake Schafer are also seeking the GOP nomination.

Alabama races require a majority vote to win, so if no one gets a majority in this race, the top two finishers will advance to a June 21 runoff.

The eventual Republican nominee is nearly guaranteed to win the November race.

The Democratic candidates are Charlie Thompson and Kathy Warner-Stanton.

Sen. Raphael Warnock (D) is considered one of the most at-risk senators this year, mostly because of Georgia’s historically conservative politics. His sole primary opponent is Tamara Johnson-Shealey, whom Warnock is expected to defeat.

In the gubernatorial race, incumbent Brian Kemp (R) is trying to beat back a primary challenge from former Sen. David Perdue. Perdue has Trump’s support, owing largely to his willingness to push Trump’s unfounded claims of widespread fraud in the 2020 election.

Another point of contention in the race has been incentives Kemp has given for Rivian Automotive Inc. to establish a major electric vehicle plant in Georgia. Perdue has slammed the deal as an improper use of taxpayer money (Energywire, May 4).

Kemp is expected to win the primary. He’d face former Georgia Secretary of State Stacey Abrams, the only Democratic contender, in the general election.

In the race to represent the 7th District, the redistricting process overseen by Republican state lawmakers is pitting two Democratic incumbents against each other: Reps. Lucy McBath and Carolyn Bordeaux. McBath’s 6th District was made far more friendly to Republicans, so she chose to run in the redrawn 7th instead.

McBath is seen as the more progressive of the two and has the backing of Sen. Elizabeth Warren (D-Mass.), among others. The winner is expected to easily win in the November election.

Rep. Jody Hice (R) is leaving the House to run for Georgia’s secretary of state, creating an opening in the reliably Republican 10th District.

Rep. Marjorie Taylor Greene (R) faces primary challengers in the 14th District, largely because of her controversial and incendiary rhetoric that led the House to remove her from committee assignments last year.

The leading candidate is Jennifer Strahan, whose supporters include the Republican Jewish Coalition PAC and VIEW PAC, an organization that aims to elect Republican women.

Sen. John Boozman (R) is running for reelection and is being challenged from the right by Jake Bequette, a former football player. Boozman’s supporters in the race include Trump and fellow Arkansas Republican Sen. Tom Cotton.

Minnesota is only holding the special election primary for the 1st District, after incumbent Rep. Jim Hagedorn (R) died due to kidney cancer.

The winners will advance to an Aug. 9 special election, the same day as Minnesota’s primary for the general election.