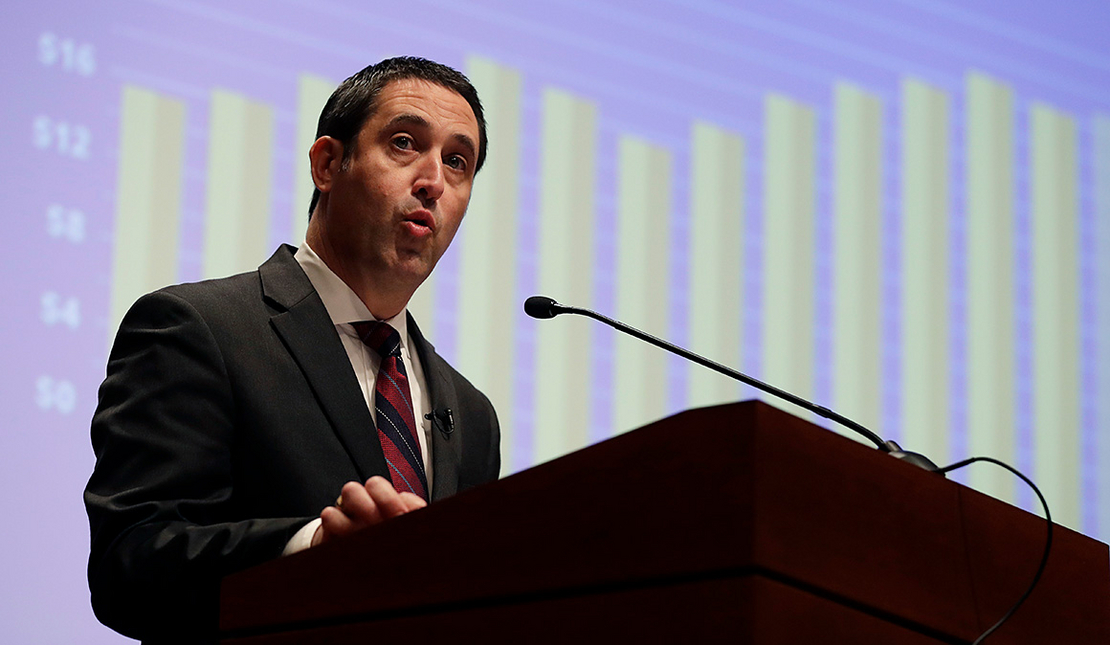 Texas State Comptroller Glenn Hegar speaks during a 2017 news conference. Hegar and other Texas officials are clashing with Wall Street over efforts by major financial firms to pay more attention to the risks of climate change. AP Photo/Eric Gay

Texas is wrestling with how to hit back against Wall Street’s green posture.

The state’s top financial official is starting to inch toward action against some firms, after months of Texas Republicans bashing financial giants — especially BlackRock Inc. — for pledging to curb climate change through their investments.

Hegar gave the companies 60 days to respond — extending a process that had previously been expected to wrap up in March.

“Our research thus far shows that some companies are telling us and other energy-producing states one thing, and then turning around and telling their liberal clients in other states another thing,” Hegar said in a statement.

“On one hand, they push net-zero and other environmental, social and governance (ESG) policies and use their influence and the dollars under their management to limit access to capital for Texas oil and gas firms,” he said. “Then these same firms tell Texas and other energy states that they’re committed to the fossil fuel sector. It is time for these companies to come clean, stop the big lie and realize they can’t have it both ways.”

Hegar’s letters ask for basic information (“Is your company publicly traded?”) and more detailed questions about internal processes, such as how executives involve themselves in fossil fuel investment policies.

Hegar said he plans to send similar letters to over 100 more companies soon.