Texas wants oversight of CO2 wells. Other states may follow. 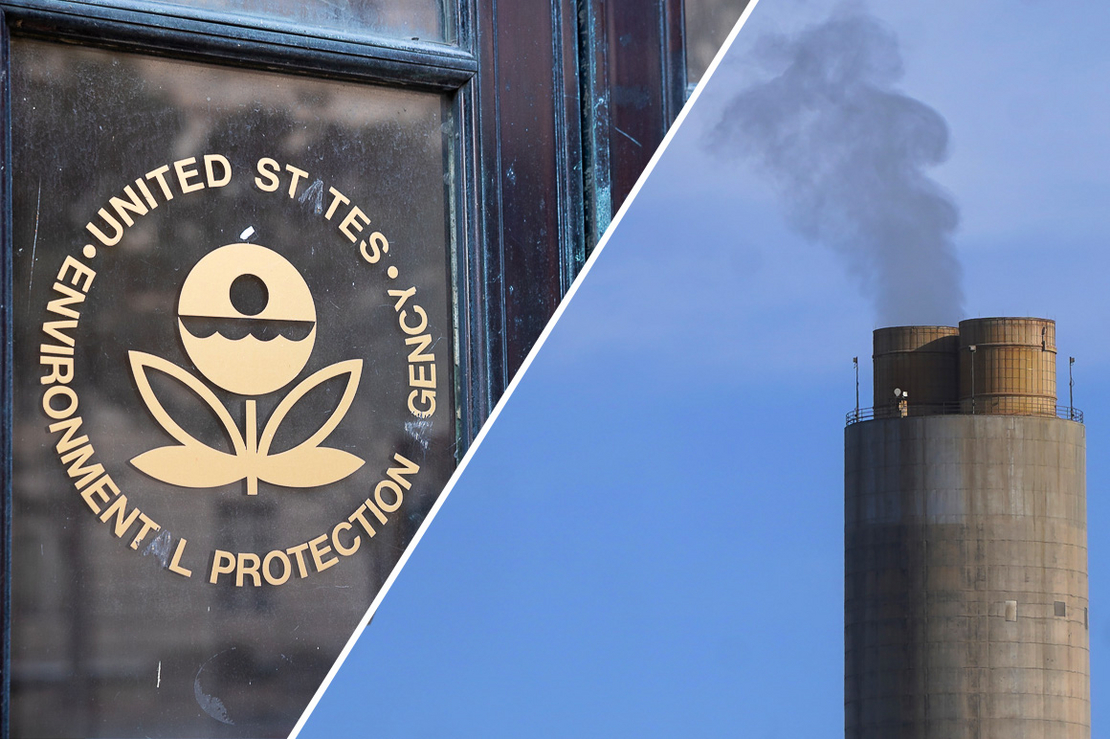 Texas is asking EPA for authority to issue permits for carbon dioxide wells for geologic storage, in a bid to turn the nation’s largest emitter into a hub for the growing carbon capture industry.

The Texas Railroad Commission, which oversees the state’s oil and gas industry, plans to submit an application to EPA to obtain primary enforcement authority, or “primacy,” over wells that are used to inject carbon dioxide deep into underground formations. If successful, the Lone Star State would join just two other states, North Dakota and Wyoming, to have that authority over so-called Class VI wells. Louisiana also applied for primacy last year.

The move comes as EPA, which maintains primacy in all other states and territories, faces criticism for the lengthy permitting process for Class VI wells, which are used for long-term geologic storage of CO2 (Energywire, July 19). Supporters of carbon capture believe that granting more states primacy could help speed up the process — especially as more companies seek to build such wells to take advantage of expanded tax incentives in the new climate law.

“The reason that these states are pursuing Class VI primacy is because projects are not being readily approved at the federal level,” said Rory Jacobson, the deputy director of policy at the organization Carbon180, which is dedicated to scaling carbon removal.

Jacobson said while he’s sympathetic to EPA — which he said has historically lacked the budget to staff up the Class VI permitting program — some state agencies have the technical expertise and capacity to more quickly permit the carbon storage wells. Texas makes that case in its pre-application for primacy, which E&E News obtained through a Freedom of Information Act request, outlining how its draft regulations compare with federal ones.

The goal, according to state Sen. Kelly Hancock, is to make Texas “a global leader in carbon capture and sequestration.”

“With an efficient state-level permitting process, we’re looking at an innovative way to support the state economy and our oil and gas industry while reducing emissions at the same time,” Hancock, a Republican, said in an emailed statement.

Other states may follow. The bipartisan infrastructure law, enacted in November 2021, provides EPA with $25 million to support the permitting of Class VI wells — and $50 million to support states’ efforts to obtain primacy through grants. Once a state gains primacy, it can issue permits in lieu of EPA, though the agency still ensures federal compliance and may conduct program evaluations for various reasons.

EPA is currently developing a new Class VI grant program, EPA spokesperson Tim Carroll said in an email. He said the agency is doing outreach and consultation and will update an implementation memo at a future date.

Some developers are already choosing to start projects in states that have primacy. The companies planning to build a direct air capture plant in Wyoming, for example, said the state having primacy was “quite central” when selecting a site for the project, which will use Class VI wells (Energywire, Sept. 9). Direct air capture extracts CO2 from the atmosphere.

“If you look at where projects are being proposed right now for injection, it’s those states with primacy or those states, like Louisiana, who are close to primacy,” said Matt Fry, a policy manager at the Great Plains Institute, a think tank dedicated to climate change mitigation. “I think investors are interested in states having primacy, just because the theory is they would be able to get their permit faster and that’s good from an investment perspective.

EPA has so far issued permits for two Class VI wells, both for the Archer Daniels Midland ethanol facility in central Illinois, according to the agency’s website. A June post from the law firm Mayer Brown LLP, which advises clients in the oil, gas and power sectors, notes that for both of the ADM permits, “the time from application submission to issuance was approximately three years.”

EPA’s Carroll said each Class VI application is different “and the length of time they take for various phases are different for a variety of reasons.”

Texas has been working for more than a year to take advantage of what some officials predict will be a carbon capture and sequestration boom.

In 2021, Gov. Greg Abbott (R) signed into law a bill, introduced by former state Rep. Chris Paddie (R) and sponsored by Hancock, that gave the Railroad Commission sole jurisdiction over the state’s carbon sequestration wells. This past May, the commission submitted its pre-application to EPA for primacy, with documents to demonstrate that it has the “statutory authority, regulations, staffing and expertise” to oversee the wells and protect groundwater resources, as well as a program description and a draft memorandum of agreement between the commission and EPA.

Earlier this year, the commission voted to submit a formal application to EPA.

“Class VI injection wells have the potential to be part of the solution by trapping the CO2 in appropriate geologic formations,” Leslie Savage, chief geologist at the commission, said in a news release. “We hope our program will be able to streamline the process and allow for the timely issuing of Class VI permits.”

Texas’ quest for primacy comes as the Inflation Reduction Act, now law, raises the value of the federal 45Q tax credit from $50 to $85 per metric ton of CO2 stored through secure geological storage.

That, coupled with recent volatility around the price of oil, has made CO2 storage in saline geological formations more attractive, said Susan Hovorka, a senior research scientist with the Bureau of Economic Geology at the University of Texas at Austin.

Investor activity in enhanced oil recovery — an alternative used for captured CO2, where the greenhouse gas is used to produce more oil — “has not been as energetic as it was eight or 12 years back,” Hovorka said.

Since the 2018 reform of the 45Q tax credit, 84 U.S. carbon management projects have been announced, according to a report this year from the Clean Air Task Force. Most of them — 71 percent — are planning to store their CO2 in dedicated saline storage sites.

Texas hopes to attract some of those projects in its bid for primacy over Class VI wells. The application to EPA is “part of a larger policy framework to position Texas as the undisputed leader in carbon capture and storage technologies,” said Ed Longanecker, president of the Texas Independent Producers and Royalty Owners Association.

“Primacy over Class VI wells should be granted for consistency sake and to help the state more effectively encourage investment in emission reduction technologies and related projects,” Longanecker, whose association represents Texas oil and gas companies, said in an emailed statement.

‘Willing to be surprised’

As Texas embarks on what could be a lengthy process — it took roughly five years for EPA to give its approval after North Dakota submitted its application — some environmental and watchdog groups assert EPA should remain in charge of carbon capture protections in Texas.

Virginia Palacios, executive director of the nonprofit Commission Shift, testified at a Texas Senate hearing last month. The way Texas manages CO2 injection, she said, is “of more consequence to communities in Texas than maybe any other state in the country.”

“Drilling wells for underground injection presents risks to water resources and threats to public safety, as we are seeing all across the state right now with our existing Class II injection well program,” Palacios said, referring to a well type that’s used to inject fluids associated with oil and natural gas production.

In July, Commission Shift joined more than 30 Texas-based groups and individuals in sending a 19-page document to the Railroad Commission voicing concerns over the commission’s pre-application for primacy.

“Considering the commission’s decades of poor record keeping and oversight, and recent severe contamination events across the state of Texas related to abandoned wells and injection wells, we cannot support the RRC’s pre-application for Class VI primacy from the EPA,” the groups wrote.

Commission spokesperson Andrew Keese defended the agency’s record, saying in an emailed statement that it has a “decades-long history of effectively regulating various classes of injection wells to protect public safety and the environment.”

“As part of the Class VI permitting, the RRC will ensure that there are no potential conduits for the escape of stored carbon dioxide and will require that all wells associated with a Class VI project are properly plugged before a closure certificate is issued,” he said, adding that a project’s closure costs would include the cost of plugging all of its wells.

Fry, the policy manager at the Great Plains Institute, predicted that only states that are “capable” — in terms of staffing and technical capacity — will pursue primacy. But as the number of applicants seeking Class VI permits increases, granting states primacy can help distribute the workload and prevent a backlog at EPA, he said.

“We’ve only got two states with primacy right now, so that doesn’t allow for the big spread that you would see if other states were granted primacy or applied for primacy,” Fry said.

The Railroad Commission “does not have that track record, but we are always willing to be surprised,” they said in an email.