That makes 3. Trump is silent on climate in third address 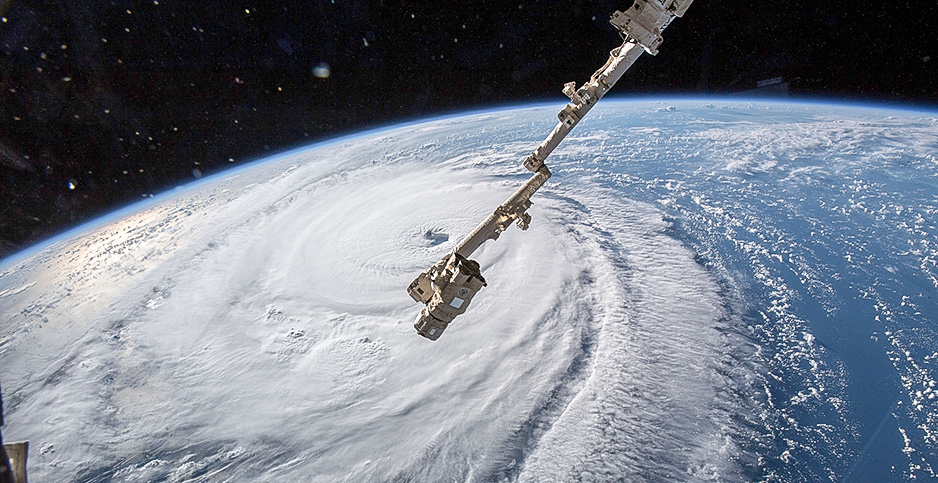 President Trump spoke for more than an hour yesterday and never said the words "climate change" or "global warming" — a rhetorical feat that keeps alive Trump’s streak of ignoring an issue that scientists have described as a looming catastrophe.

Instead, Trump used his second State of the Union speech, and his third annual address to Congress, to reiterate his support for administration priorities such as a border wall with Mexico. In both 2017 and 2018, Trump also failed to mention climate change.

It’s an approach that stands in contrast to the previous three presidents, who all talked about climate change in at least one State of the Union address. His omission also could develop into a political liability, critics contend, because some of the problems Trump highlighted yesterday have a connection to a warming planet.

Those include issues such as cross-border migration, which experts expect to increase with climate change, and a broad range of threats to U.S. national security. Intelligence officials warned last week that global warming puts the United States more at risk for dangers such as infectious diseases and international strife.

That Trump again ignored climate change is hardly surprising. The president previously described global warming as a hoax, and he claimed without evidence last year that climate change would reverse itself on its own (Climatewire, Nov. 5, 2018).

"Drink every time the President talks about climate change during his speech," joked Sen. Brian Schatz (D-Hawaii) on Twitter a few hours before the address. "I mean, it’s a Tuesday."

But to environmentalists and many on the left, the actions taken by the Trump administration on climate change are more distressing than Trump’s ignorance of the issue.

During his first two years in office, Trump took steps to roll back regulations on cars and power plants to reduce emissions, and announced plans to withdraw the United States from the landmark Paris climate accord.

"My administration has cut more regulations in a short period of time than any other administration during its entire tenure," Trump said in his address. "We have unleashed a revolution in American energy — the United States is now the No. 1 producer of oil and natural gas anywhere in the world."

Yet his support of fossil fuels, notably coal, has come at a cost.

"This is a president who has gone out of his way to overturn the most important climate protections ever undertaken in the United States," said Paul Bledsoe, who served as the director of communications for a climate change task force under President Clinton.

"To say [Trump] is a climate denier is not enough," Bledsoe added. "He is a climate exacerbater. He is actively tearing down the few protections we have to limit emissions."

These actions, argued Bledsoe, ultimately could come back to haunt Trump.

For one, he saw Trump’s deceit on climate change as part of a larger narrative about his trustworthiness. "That’s when climate change becomes most politically important — when it reflects a broader pattern of behavior," Bledsoe said.

And two, he said more Americans are recognizing the impact that climate change has on their daily lives. A big part of that understanding comes from the shared trauma of more intense natural disasters such as hurricanes and wildfires.

Concern about climate change has only grown during Trump’s presidency, including with Republicans, according to recent polling from Yale University’s Program on Climate Change Communication.

Now, two-thirds of voters say they are concerned about climate change.

After Trump’s election, Republican concern about climate dipped, but it has increased in the last year after deadly storms and wildfires killed hundreds of Americans.

In the last year, Republicans’ acknowledgment that climate change is real and caused by humans increased by 5 and 7 percentage points, respectively, according to the analysis.

Though only a third of conservative Republicans are now worried about climate change, the number has increased by 9 points during Trump’s time in office.

Congressional Republicans have done little in recent years to address the threat, though there’s been a small movement in the past few months among a handful of GOP members to get behind ideas such as a carbon tax.

One of those lawmakers is Rep. Brian Fitzpatrick (R-Pa.). A couple of hours before the speech, he said it was his hope that Trump would mention climate change.

U.S. policymakers need to "treat it as the crisis that it is," Fitzpatrick said. "I know I’m one of the few voices in my caucus that believes that, but I really do believe it. I also reject this notion that preserving the environment and growing our economy are mutually exclusive."

Among Democrats, efforts to fight climate change increasingly have become a rallying cry. A recent survey by the Pew Research Center found that 67 percent of Democrats viewed that issue as a top priority — more than triple the level of their GOP counterparts.

Environmental groups such as the Sunrise Movement have helped keep climate change in the public consciousness, and Sunrise’s push to promote a "Green New Deal" — its idea of a climate-friendly jobs program — has become almost a litmus test among 2020 Democratic presidential candidates.

"There’s nothing left to debate," wrote one of those hopefuls, Sen. Kirsten Gillibrand (D-N.Y.), in a tweet yesterday. "Climate change is an immediate and catastrophic threat to our future. It’s time for bold action, now. We need a #GreenNewDeal."

There’s cross-party appeal too. The Yale polling found that the "Green New Deal" was extremely popular among voters of all parties, with 81 percent in support, including 92 percent of Democrats, 88 percent of independents and 64 percent of Republicans.

Support is not universal, however, and conservative climate groups in recent weeks have stepped up their efforts to promote alternatives such as a carbon tax.

Those include the Alliance for Market Solutions, led by Executive Director Alex Flint. He predicted that Trump would be the "last president of either party to give so little attention to climate change in a State of the Union address."