The biggest climate election this year might be in Seattle 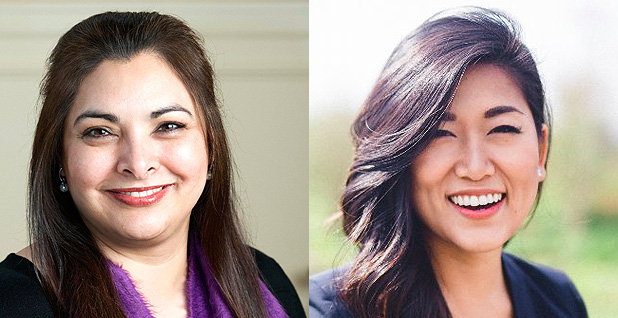 The most consequential political race for U.S. climate policy this fall may be in the tony suburbs of Seattle, where a special election in the state Senate could give flight to the governor’s ambitious environmental agenda, or kill it.

A win for Manka Dhingra, a prosecutor, would give Democrats control of all three elected branches in Olympia, the state capital of Washington, and pave the way for Gov. Jay Inslee (D) to pursue an aggressive climate agenda. Senate Republicans, who now maintain a one-seat majority, have long frustrated Inslee’s climate aspirations. Their hopes rest on Jinyoung Lee Englund, a former staffer to U.S. Rep. Cathy McMorris Rodgers (R) who has dabbled in business as a Bitcoin spokeswoman and app developer since leaving Washington, D.C.

The stakes are perhaps best illustrated in campaign dollars. Climate activists Michael Bloomberg and Tom Steyer have funneled $250,000 and $125,000, respectively, to a political action committee supporting Dhingra’s cause, according to state campaign finance records. Oil interests, meanwhile, have rushed to Englund’s side, with Phillips 66 Co. spending $350,000, refining company Andeavor dropping $290,000 and Chevron Corp. chipping in $100,000 to committees supporting the 33-year-old Republican. Koch Industries Inc. has even gotten in the game with a $25,000 contribution.

Both candidates are running neck and neck in fundraising, and the race is already the most expensive state legislative contest in Washington history. By the time the polls close on Nov. 7, spending by both candidates, and on their behalf, is expected to reach $10 million.

"The No. 1 issue has nothing to do with their positions, it’s who’s in charge," said Gregg Small, executive director of Climate Solutions, a Seattle-based environmental group.

The race in Senate District 45, which encompasses much of Seattle’s northeast suburbs, marks the second occasion in as many years that Washington has played host to a state election with national environmental implications (Climatewire, Oct. 17, 2016). Last year, Evergreen State voters resoundingly rejected a ballot initiative calling for a state carbon tax. The measure was doomed in part by infighting among environmentalists, but talk of a carbon tax has persisted in Olympia.

Inslee included a carbon tax as part of a budget proposal aimed at addressing a shortfall in education funding (Climatewire, Dec. 14, 2016). A Democratic member of the state House separately proposed a price on carbon (Climatewire, Feb. 22). Both measures failed.

A win for Dhingra would likely revive the topic, environmentalists and local political observers said.

"I would say everything is on the table," said Shannon Murphy, president of Washington Conservation Voters, which is spending heavily to support Dhingra.

Inslee has sought to position himself as a national climate leader, helping found the U.S. Climate Alliance alongside California Gov. Jerry Brown and New York Gov. Andrew Cuomo, both Democrats, in response to President Trump’s withdrawal from the Paris climate accord.

But where Brown has been able to pass an extension of California’s cap-and-trade program and boost the Golden State’s renewable portfolio standard with Democratic majorities in Sacramento, Inslee has had difficulty overcoming Republican opposition to his climate agenda. The governor turned to an executive order capping carbon emissions from the state’s largest polluters after failing to garner support for a cap-and-trade program (Climatewire, Sept. 16, 2016).

"We recognize having Democrats controlling the Legislature could make a difference for the governor’s priorities, including climate change and clean energy," said Tara Lee, an Inslee spokeswoman, in an interview.

The district should be fertile ground for Democrats. It encompasses Microsoft Corp.’s headquarters in Redmond (the tech giant played host to a debate on Oct. 10) and backed Hillary Clinton and Barack Obama in the last two presidential contests.

But the district has been represented by a Republican in the state Senate in recent years. The seat opened up after the death of state Sen. Andy Hill in 2016. A moderate Republican, Hill won two closely fought elections to represent the district.

Dhingra emerged as the top vote-getter in August’s primary, where the top two candidates proceed to the general election, taking 51 percent of the vote to Englund’s 41 percent.

So far, the race has largely focused on property taxes, education funding and transportation. But the candidates have sparred on climate.

Englund has sought to position herself as a moderate, saying she believes in climate change but accusing Dhingra of supporting a carbon tax.

"If you impose a carbon tax that doesn’t directly affect or reduce carbon emissions, then it’s just another tax," she said in the Oct. 10 debate. "And what I am for is working with industry and environmentalists to ensure that we are pursuing pragmatic solutions to reducing carbon."

"No. 1, we need to get fuel combustion engines off the road as much as possible," she said.

Dhingra’s environmental backers question Englund’s green bona fides. They point to the oil money backing her campaign and a tweet questioning whether climate change is a priority.

Dhingra herself has sought to position herself as a green bulwark against Trump.

"We all experienced the summer this year. We couldn’t go out because of all of the ash," Dhingra said, referring to recent forest fires, during the debate. Later, she added, "We have to be set up to be in a position to respond to what is coming out of the other Washington."

Whether voters agree may well determine the future of the Evergreen State’s climate policy in the coming years.