‘The biggest mashup we’ve ever had’: Dems scramble on agenda 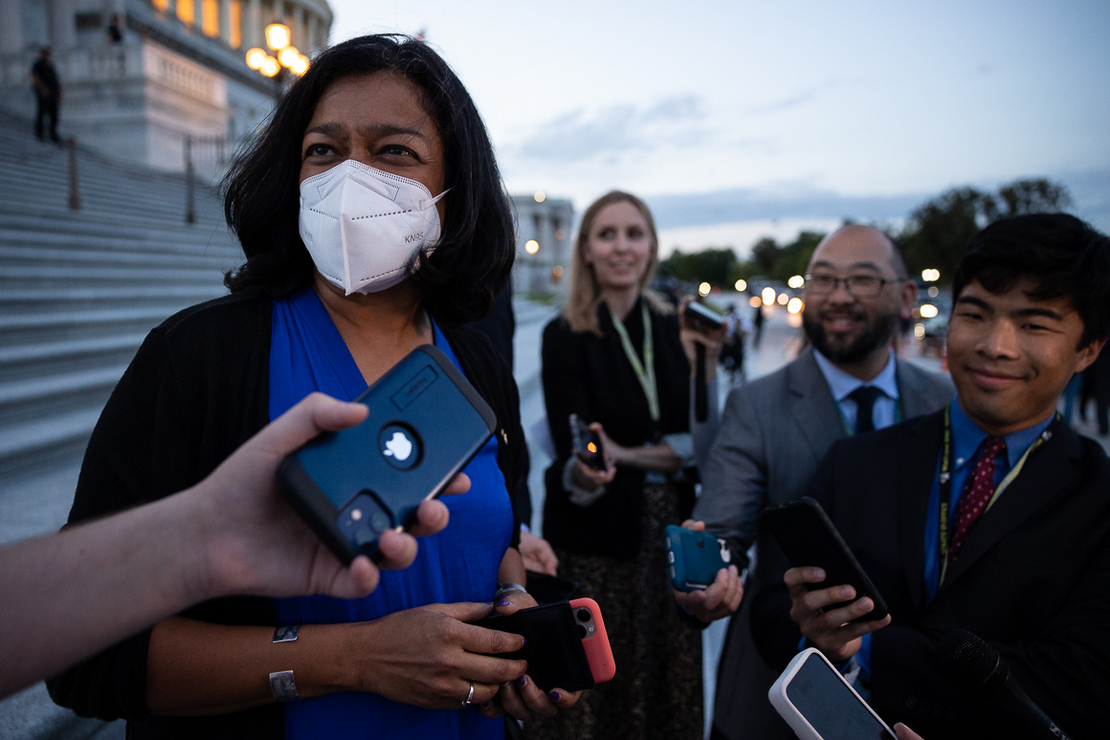 Democrats are working to rescue their reconciliation plans, as another looming showdown between moderates and progressives threatens to upend the process.

The next several days will be a crucial negotiating window on the $3.5 trillion package ahead of a scheduled House vote Sept. 27 on the bipartisan infrastructure bill that moderate Democrats negotiated last month with Speaker Nancy Pelosi (D-Calif.).

Progressives are warning they will not vote for the bipartisan bill before a reconciliation package, but talks on the massive spending package are threatening to drag on into next month, with policy disputes remaining on both sides of Capitol Hill.

House Budget Chair John Yarmuth (D-Ky.) said yesterday that the next two days of negotiations between the House and Senate will be critical to determining when a reconciliation package might move to the floor.

“We’ll know more after the next 48 hours as to timing because a lot of decisions are hopefully going to be made,” Yarmuth told reporters last night.

It leaves much of Biden’s domestic agenda — and potentially the biggest climate change bill in U.S. history — in flux with just days to iron out the bubbling policy dispute.

If the Senate does not send over a reconciliation package for a House consideration before Monday’s infrastructure vote, Progressive Caucus Chair Pramila Jayapal (D-Wash.) said that she has the votes to sink the bipartisan bill.

“We are confident that there are not sufficient votes to bring up the infrastructure bill without reconciliation going first,” Jayapal told reporters yesterday.

Moderates, meanwhile, are sending their own warning signals. POLITICO reported yesterday that Sen. Kyrsten Sinema (D-Ariz.) told President Biden she would not support reconciliation if the bipartisan bill fails or if the vote is delayed.

Those negotiations are also heading for a collision with the end of the fiscal year Sept. 30 and the debt ceiling deadline, which needs to be raised in the coming weeks to avoid a default and economic calamity. Democrats are looking to tie those two issues together in a short-term government funding deal, but Republicans have repeatedly warned that they will not vote for a debt limit hike.

“I’ve been here for cliffs and crises and wars, and this is going to be the biggest mashup we’ve ever had since I’ve been here, with the debt limit, with the government shutdown, with reconciliation and with infrastructure,” Transportation and Infrastructure Chair Peter DeFazio (D-Ore.) told reporters yesterday. “And I have no idea how it all works out.”

Compounding the issue is the fact that neither chamber has finished its reconciliation proposal. While the Senate is negotiating behind closed doors, House committees voted out much of their package in markups last week, but significant disagreements remain on major provisions, from drug pricing to energy.

Senate Energy and Natural Resources Chair Joe Manchin (D-W.Va.) has publicly voiced opposition to the proposed clean electricity payment program, the bill’s central climate provision, and there are differences between the clean energy tax proposals coming out of the House and Senate (E&E Daily, Sept. 13).

Manchin, Sinema and some House moderates have said they do not support the $3.5 trillion top line for the package, while progressives have pushed for even more spending. Despite those disagreements, Pelosi stressed yesterday that the Democrats are broadly in agreement on most of the bill’s provisions.

Democrats are also beginning to grapple with the so-called Byrd rule that governs reconciliation. The Senate parliamentarian has already ruled out immigration provisions Democrats were hoping to include in the bill, and Democratic leaders said they’re hoping the rest of their proposals can get through the reconciliation rules.

“Our legislation is being reviewed by the House and Senate Budget Committees for possible Byrd violation challenges in order to narrow our exposure in a Byrd bath,” Pelosi said in a letter to colleagues last night. “The House and Senate are already in agreement on most of the bills.”

Pelosi said that while she is hoping the topline spending ends up at $3.5 trillion, lawmakers should "be prepared for adjustments according to the Byrd rule and an agreed to number."

"The President and Senate Democrats sent us a budget resolution with a cap of $3.5 trillion," Pelosi wrote. "I have promised Members that we would not have House Members vote for a bill with a higher topline than would be passed by the Senate. Hopefully, that will be at the $3.5 trillion number."

If the Sept. 27 vote proceeds without movement on reconciliation, Republicans say they expect some in their ranks to vote for it, potentially a few dozen, which could help overcome progressive opposition. Jayapal also raised the possibility that Pelosi could delay the vote on the bipartisan bill, despite Sinema’s warnings.

“The speaker is not going to bring up a bill that she doesn’t have the votes for,” Jayapal said. “I understand that that’s what she agreed to, but either we bring up the bill and it fails, which it will do, or she doesn’t bring up the bill. And both those possibilities we’re prepared for it.”

But Jayapal noted that Congress tends to move quickly once it finds agreement.

“Anything can get done in very short periods of time on Capitol Hill if there’s a will, and what we’ve been saying for some time is there needs to be a will to pass this from the Senate side,” she said.