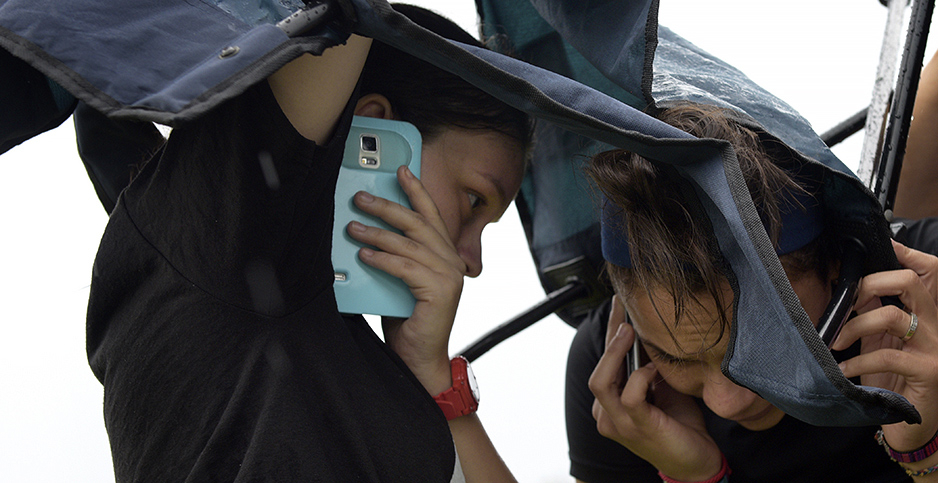 Democrats in Congress are moving to force telecommunications companies to strengthen their wireless networks to better maintain service during disasters, setting up a potential clash with both the industry and the Federal Communications Commission (FCC).

House Democrats introduced two bills this month and will hold a hearing Thursday amid growing concern that wireless customers and emergency responders cannot make or receive calls and texts when hurricanes and wildfires disrupt cellular service.

The concern, triggered initially by Hurricane Katrina in 2005, gained new urgency after Hurricane Maria knocked out Puerto Rico’s cell service for months in 2017. Another disruption came last fall when wildfires and power outages left swaths of California without telephone and internet access.

"People are feeling very frustrated about this," said Harold Feld, senior vice president at Public Knowledge, a consumer advocacy group focused on telecommunications. "We’re seeing more and more of these environmental events which require us to have a resilient communications system, and it is suddenly dawning on people that we don’t have one."

The effort comes as a majority of American homes rely on cellphones over landlines. The latest federal figures show that 57% of households were wireless-only in 2018, up from 48% in 2015. In Texas, which has faced repeated hurricanes and flooding in recent years, 68% of homes relied exclusively on cellphones in 2018.

While previous efforts to improve wireless resilience targeted telecom companies, the frustration in Washington today is aimed largely at the Republican-led FCC. Democrats say it has failed to require better service even as it assails wireless companies for widespread outages during recent hurricanes.

Leading the criticism are House Energy and Commerce Chairman Frank Pallone (D-N.J.) and Jessica Rosenworcel, one of two Democrats on the five-member FCC.

Pallone told Ajit Pai, the commission’s chairman, at a Dec. 5 committee hearing that "the FCC’s actions, or lack thereof, have put the American people in danger."

Rosenworcel said at the hearing that wildfires and hurricanes "are becoming more common, and the communications outages that accompany them are becoming more severe. But we have not updated our FCC framework for disaster response, and we need to."

Pai, who was appointed by President Trump, said the FCC is studying disaster resilience and "doing aggressive outreach to communications companies."

In letters to several House Democrats last week, Pai said the FCC is looking at possibly including electric utilities — which the commission does not regulate — in a plan to improve wireless resilience.

The Energy and Commerce Committee will review eight telecommunications bills Thursday, including Pallone’s ambitious legislation introduced last week that would force the FCC to take steps such as requiring better roaming agreements among wireless companies.

"We are seeing a real sea change here where this isn’t just going to be left to the FCC," Feld said. "There is bipartisan concern in Congress around these issues. There are just too many people, including folks in the emergency responder community, saying we have to have resilient communications to do our jobs."

Pallone told Pai at the December hearing, "I think it’s time for Congress to step in to address this issue."

Meanwhile, the FCC will consider its own proposal Friday to give state emergency response agencies detailed information about wireless outages during disasters so they can better identify where service is disrupted.

Pallone’s bill includes a similar requirement and more. It would require the FCC to analyze ways to prevent utility repair crews from inadvertently cutting underground phone lines during disaster response. Pallone’s bill also would require telecoms to take "reasonable and technically feasible" steps to add backup generators and batteries to their networks so they can maintain service during power outages caused by a disaster.

"Resilient communications networks can mean the difference between life and death during and after a storm or wildfire," Pallone said in a recent statement with Rep. Jerry McNerney (D-Calif.), who co-sponsored the bill.

After Katrina, the wireless industry fought off a similar proposal by the FCC, which wanted eight hours of backup power at each cell site.

Then, in 2016, the industry beat back an FCC plan to publish each company’s daily outages during disasters, convincing commissioners instead to approve voluntary guidelines the companies developed for maintaining service during disasters.

But those guidelines fell short. Major hurricanes have left networks reeling, most notably Hurricane Michael, a Category 5 storm in October 2018 that flattened much of the Florida Panhandle and left some counties with minimal wireless service for a week. An FCC report released in May assailed "the poor level of service" by some wireless companies, calling it "completely unacceptable."

Pai, the FCC commissioner, vowed improvements and launched reviews of the voluntary guidelines.

Officials from Sonoma County urged the FCC in a letter last month to impose "stronger requirements" for backup power at cell sites and to require wireless providers to have wildfire mitigation and response plans. Sonoma and Santa Rosa, the county seat, sustained major wildfire damage in 2017, 2018 and 2019.

One bill that Pallone’s committee will consider on Thursday would allow states to "promote resilient wireless communications infrastructure for situational awareness during a natural disaster." The bill is sponsored by 18 Democrats, all from California.